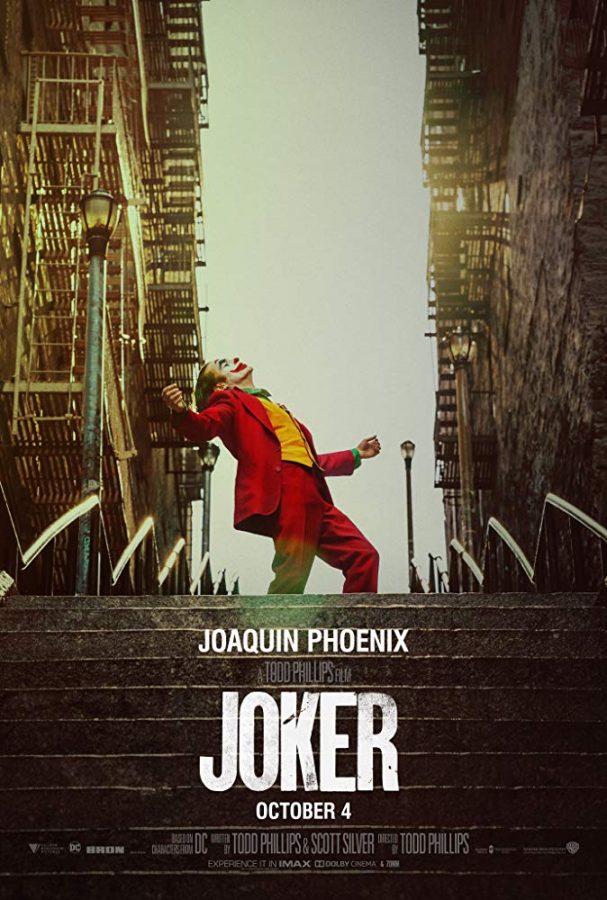 "Joker" reaches beyond the stereotypical audience to bring thoughtful discussion to the general populace.

Shrouded in controversy weeks in advance, “Joker” seemed destined to be dead in the water when its release date of early October rolled around. Now, it’s been reborn as an instant classic.

Directed by Todd Phillips, the creative genius behind the “Hangover” trilogy, you can expect to see a heavy departure from known territory with the filmmaker. Emotionally driven shots tread uncharted waters for him, fueled by a perpetually eerie yet extremely pertinent violin score, alongside classic vocal jazz pieces from Frank Sinatra.

Joaquin Phoenix takes Arthur Fleck’s tragic life and turns it into a comedy, laughing through the pain for two hours of runtime. Phoenix is a brilliant method actor who is able to embody the beaten down, topsy-turvy world of the Joker and turn it into a dark, yet just palpable rendition of a broken soul.

“Joker” studies a subject which not many are able to successfully, that being what it’s like to live as a mentally ill loner in a society that abandons him and treats him like trash. It tackles issues such as poverty and, ironically, the vicious cynicism and coldness of the 24-hour news cycle, the same force which threatened to tank the film’s release.

The chief fear among both moviegoers and the media is Arthur’s seemingly paralleled life to an online community known as “incels,” short for involuntary celibates. Many who have committed acts of terror, such as the Toronto van attack which resulted in the deaths of 10 people, began as part of this group.

The film’s portrayal of a lonely, mentally ill man who turned to committing acts of violence caused fear of a repeat of the Aurora, Colorado shooting during a premiere screening of The Dark Knight Rises. While a valid reason for fear, “Joker” has fortunately not fallen victim to the same fate that tragically took the lives of 12.

Will you be in grave danger if you decide to make the courageous journey to the theaters and see “Joker?” No. Is it a movie made for incels? Definitely not. Will the film win any awards? As Frank Sinatra says, “send in the clowns.”