Movie Review: Interstellar: It’s out of this world 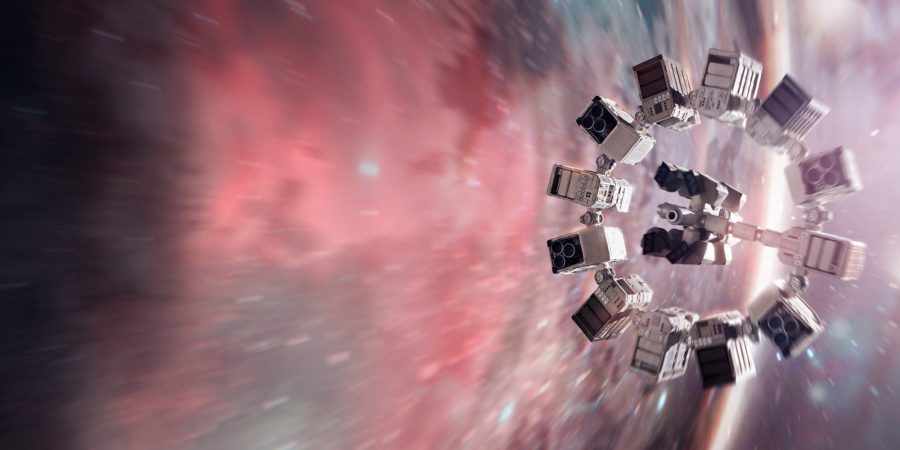 Although it was very long, almost 3 hours to be exact, I was very fascinated by Interstellar. Directed by Christopher Nolan, the movie featured many familiar faces, including Matthew McConaughey, Anne Hathaway, and Matt Damon.

I am not one who is able to sit through a whole movie without getting bored, so I naturally expected to be bored. But, I can honestly say that Interstellar kept me entertained, and even fascinated with the special effects of the galaxy.

On top of that, I thought the cast of the movie was great and acted very well in this movie.

At the beginning, it felt like it would be more of a feel-good family movie. Little did I know that that was just the background story, and it would prove to be a major part of the movie.

The movie starts with a man named Cooper, who is a farmer in reality but an astronaut by heart. He lived on a farm with his two kids and his dad. After finding a pattern of dust on his daughter’s bedroom floor, they somehow find coordinates that lead them to a secret NASA space station.

The people at NASA, including Cooper’s former professor, informed him of their previous mission in which they sent astronauts to space in order to learn more about a wormhole that had been placed there.

They eventually convinced him to lead another mission into outer space to find a place where later generations would be able to live to escape the future famine and drought on Earth. And when he told his daughter, she had a fit since he had no idea how long he would be gone for.
As soon as the spaceship took off, I knew I would like the movie. I have always been intrigued by photos of outer space, so to see a film primarily taking place there was very fascinating to me.
All of the special effects and scenes made me feel like I was on a ride at Disneyland that I didn’t want to get off of.

Though I got lost a couple times about why the characters were going on the missions they went on, the eventual ending of the movie was very cool, and tied up all of the loose ends. And the creativity of the writers made the movie unpredictable, which was another plus for me.

Interstellar was all in all a great movie , and I would recommend seeing it at least once.