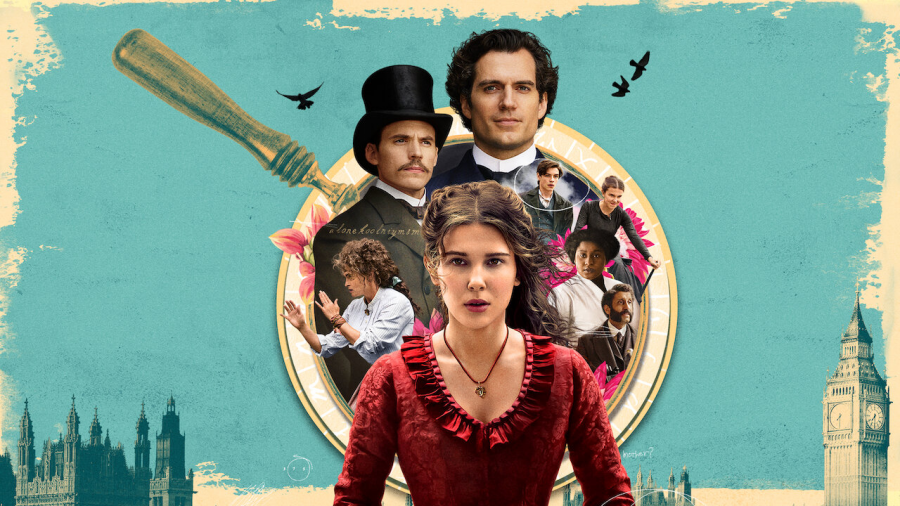 “Enola Holmes” is the best film of 2020 so far, and from my perspective that statement is unarguable. I was disappointed in myself for thinking that it would be like any other boring, tedious movie.

Every single detail was so well thought out from the cast to the wardrobe to the storyline.

Millie Bobby Brown’s  (Enola Holmes) skill and ability kept her audience fascinated and made her truly stand out amongst her fellow actors, genuinely convincing the audience of her tale. She is truly a phenomenal actress, and I am sure many people who watched her play her role as Eleven on Stranger Things will continue to be pleased by her role in the film.

Bobby-Brown’s character, Enola Holmes, continuously displays her independence, intelligence and courageous nature. This is definitely because of how her mother raised her.

However, her mother left mysteriously when she was 16, leaving her in the hands of her two older brothers that randomly showed up.

My jaw dropped at the scene, because for all I knew, Holmes and her mother were alone.

Her brother, Sherlock, is a kind and likeable character. However, her other brother who was the legal guardian, Mycroft, is unbearable and inconsiderate. He pressured Enola to attend a school in which she could be taught the “basic principles” for women, and because of this she decided to run away.

Was this the most logical idea? In most people’s eyes, probably not. Did I think this was a good idea? Absolutely.

Honestly, the only reason I am glad she chose to run away is because she met a viscount who changes her life forever. He possessed every quality a woman could hope for including chivalry, kindness and charm.Yet, Enola took forever to realize these things. I understand where she was coming from, as he seemed like any other ordinary, clueless man at first, though I feel their story really took a turn for the better as their friendship deepened throughout the film.

In the end, it was relieving to see them maintain a wonderful friendship, and find their true selves along the way. The ending was sweet and lighthearted, as both of them discovered what they wanted throughout the whole film.

It was uplifting to see a young woman take part in tasks that were meant for men, especially since the film takes place in 1884, where there were strong guidelines that women had to follow in order to be considered “ladylike” and “honorable”

It was also refreshing to see a young man wanting to find his true self rather than pursuing something that would fail to make him content just because of greed.

“The choice is always yours. Whatever society may claim, it can’t control you.”