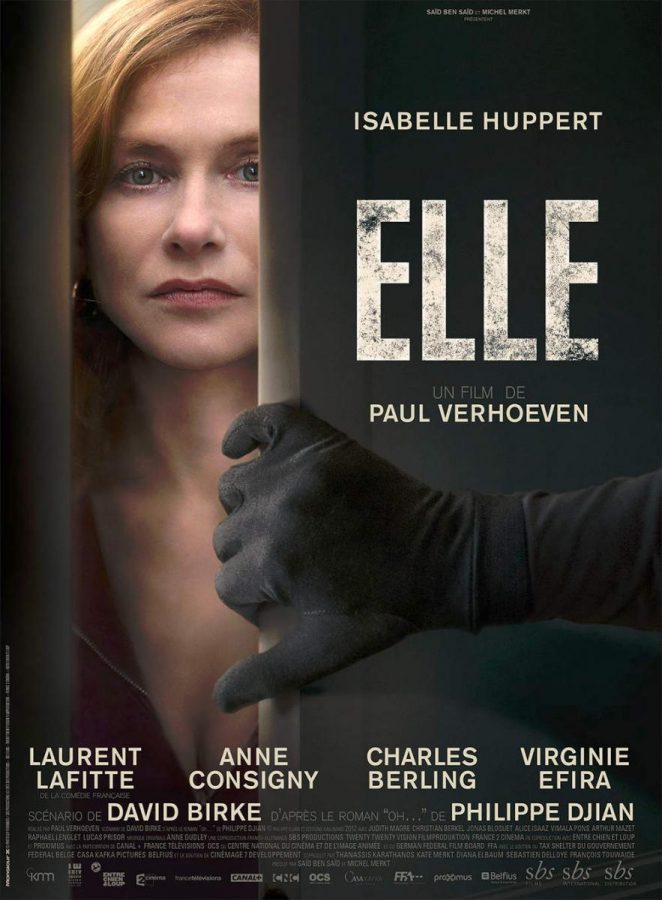 What begins as a tragic narrative surrounding the rape of Michèle (Isabelle Huppert), a high-strung video game producer, slowly and subtly devolves into a tale of defilement and lust, exposing a side of humanity rarely explored outside of the arthouse.

Although the film is directed by Dutch icon Paul Verhoeven, a man known for his late 80s sci-fi blockbusters, “Elle” is decidedly French. The typical Hollywood three-act structure is ditched for a New Wave approach in which the plot held together primarily through concepts and themes.

This is not to say the film lacks a coherent narrative, however. Each scene flows naturally, and the loose structure is only noticeable in the later half of the movie which drags on a little, but to a positive effect.

French national treasure Isabelle Huppert is the standout quality of the movie. Her conveyance of character through visual cues and body language alone is astonishing, especially considering that the character she plays is unlike any other I have seen.

Sans spoilers, Huppert does not play the archetypal rape victim character, and in fact doesn’t let her defilement define her. Moreover, “Elle” is mature enough to not singularly focus on the rape, instead using its implications as a foil for the struggles of multiple characters.

The blunders of her slacker son hold the same weight as her unhealthy relationship with her mother or any of the film’s multiple infidelities. Each of these situations reflect back onto Michèl, revealing something about her character. By the film’s end, nearly every character is well-developed, even those who have little on-screen time.

The title, “Elle,” is French for “she,” a clever choice as it conveys both femininity as well as the otherness that comes with being the victim of assault, she being used as a distancing term. In many ways, “Elle” is a feminist film.

“Elle” is the antithesis of “fun for the whole family.” It’s for sure one of the strangest films I have seen in theaters in a while and certainly the boldest.