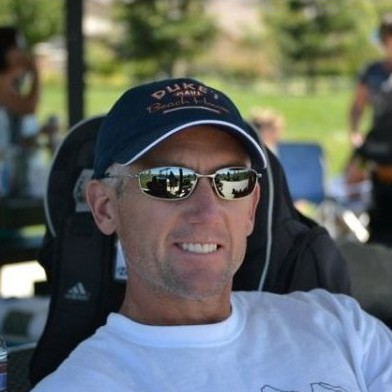 On Thursday, Nov. 20, 2014, Granite Bay High School athletic trainer and devoted father, Dr. Paul Diemer, passed away after taking his life at the age of 49.

Paul worked as a local chiropractor at Fairway Chiropractic and had a positive impact on many GBHS athletes as the athletic trainer since 1997.

Many players, coaches and staff of the Grizzly football program have greatly appreciated his courageous and warm presence. He will be deeply missed.

A part of the Granite Bay community, Mr. Diemer coached baseball for his sons and had an incredible impact on young peoples’ lives.

Senior football player Ryan Arneson said he had a strong connection with Mr. Diemer and he will miss his medical assistance as well as his encouraging attitude toward all of the players.

“Dr. D gave 16 plus years to Granite Bay. He donated his time as well his medical equipment that the team has benefited from over the past years,” Arneson said. “Before every game he would tape me up and ask how I was doing. It was nice to see a familiar face before each game.”

Over the last 17 years as the GBHS athletic trainer, Mr. Diemer donated his time, energy and equipment to help create a healthy environment for the young, promising athletes that have gone through the GBHS athletic programs.

Similarly, junior Brad Fina had a close relationship with Mr. Diemer. After going through a few years of football at GBHS, Fina grew fond of him and was deeply saddened and sorry to hear about the loss of a dedicated man.

“He was very caring (to) all the players, especially me because my family is close friends with the Diemer (family) and whenever I would see him, he asked how I was doing, which means a lot,” Fina said.

As Paul’s family, friends and the Granite Bay community grieve for the loss of an important individual, his loving memory will continue to be prevalent among many.

“I was in complete shock when (coach) Cooper broke the news to the team and I feel very sorry for the Diemer family and I know that they will have a lot of support from the (Granite Bay) community,” Fina said.