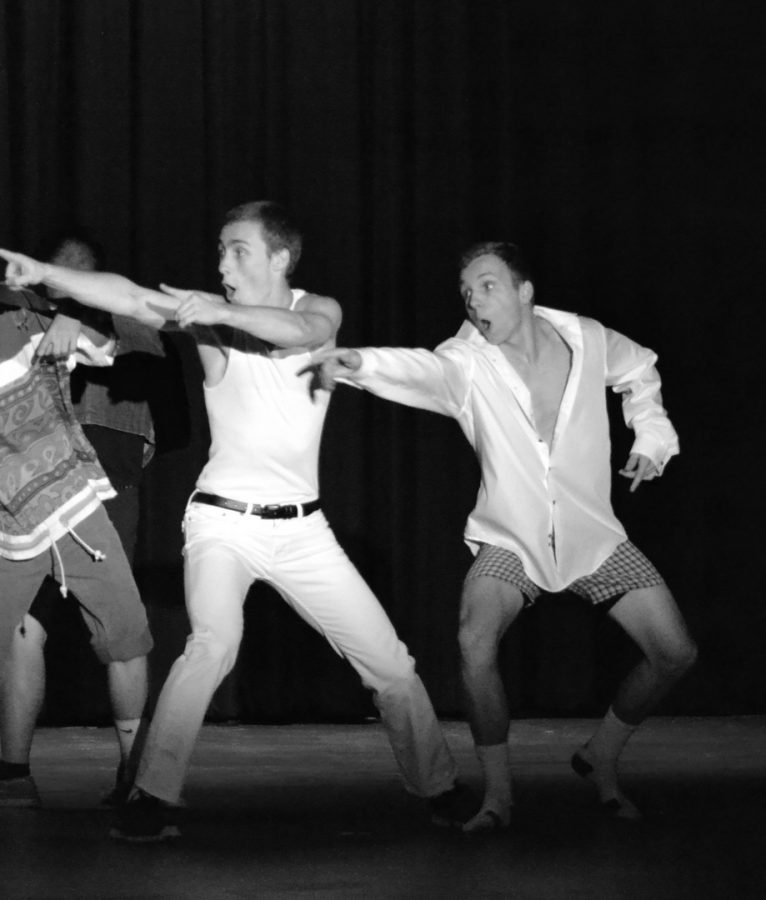 Reputed as one of GBHS’s most valuable events of the school year, the cancellation of the tradition of Lip Sync puts a stop to the opportunity for students to try something many have never done before: perform on stage in front of a live audience of their peers.

Lip Sync commissioners Flannery Trexler and Brenna Meyers were in charge of organizing and publicizing what would have been an anticipated event.

“Not enough people signed up to do acts, so it would have been a really short show and half the people would have won,” Trexler said. “I’m really disappointed. It’s a really fun event and it’s really fun to watch. It’s so unusual, so it’s bummer that people won’t be able to enjoy it”

Typically, eight to ten groups are needed to have a complete Lip Sync event. This year, with only five groups that signed up to participate, the event would have been too short and not competitive enough.

“A lot of it had to do with the fact that we didn’t have enough sign ups to make Lip Sync as great as we’ve always made it,” said Daniella Cassano, a student government cabinet member. “We’d rather have no Lip Sync than one not up to par.”

To encourage participation, student government extended the deadline for sign ups by a week and a half. Also, Lip Sync was extensively advertised to make sure students knew that it would be cancelled if they didn’t have enough participants.

“Lip Sync every year depends on how many acts we get,” Cassano said. “If we don’t get enough acts, we won’t have one. We’ve just always had enough acts.”

According to Meyers, last year’s Lip Sync had several one man acts, adding time and competition. This year, however, most participants decided to perform in groups.

“I’m really disappointed,” Meyers said. “It’s my first time in student government. It’s my first commission, so I was kind of upset, but it’s OK. It takes up a lot of your time to make a dance, so I think a lot of people are just busy.”

Although the Nov. 20 performance has been cancelled, student government is hopeful to organize another event to allow the students that would have participated an opportunity to reveal their talents in front of the student body.

According to Cassano, student government is considering combining Lip Sync with the talent show competition in the spring. This way, students willing to perform still have the opportunity to compete.

Junior Susana Benham said she is looking forward to hopefully participating with her group in the tentative Lip Sync/Talent Show event in the spring.

“I was really bummed that it got cancelled,” Benham said. “I thought it would have been really fun. I was disappointed that not enough people came out and tried out or auditioned for it. I really wish that it could still happen.”

Senior Garrett Walker was also very disheartened by the cancellation of the anticipated event.

“I’m very disappointed,” Walker said. “I was really looking forward to Lip Sync this year. We prepared a lot and we’re really bummed to hear it was cancelled.”

Those who were not intimidated to get on stage and perform their acts in front of the school were hopeful they would emerge on the top with the reputation of Lip Sync stars, but with the recent cancellation, participants are left with the hope for an alternative route to reveal their talents.

“I think Lip Sync was overall a really cool concept and I think that it would have been a fun event,” Benham said. “I’m just bummed that it’s not happening.”