Life with a firefighter in the house

Students with firefighters as parents reflect over the sacrifices their parents make to keep the community safe. 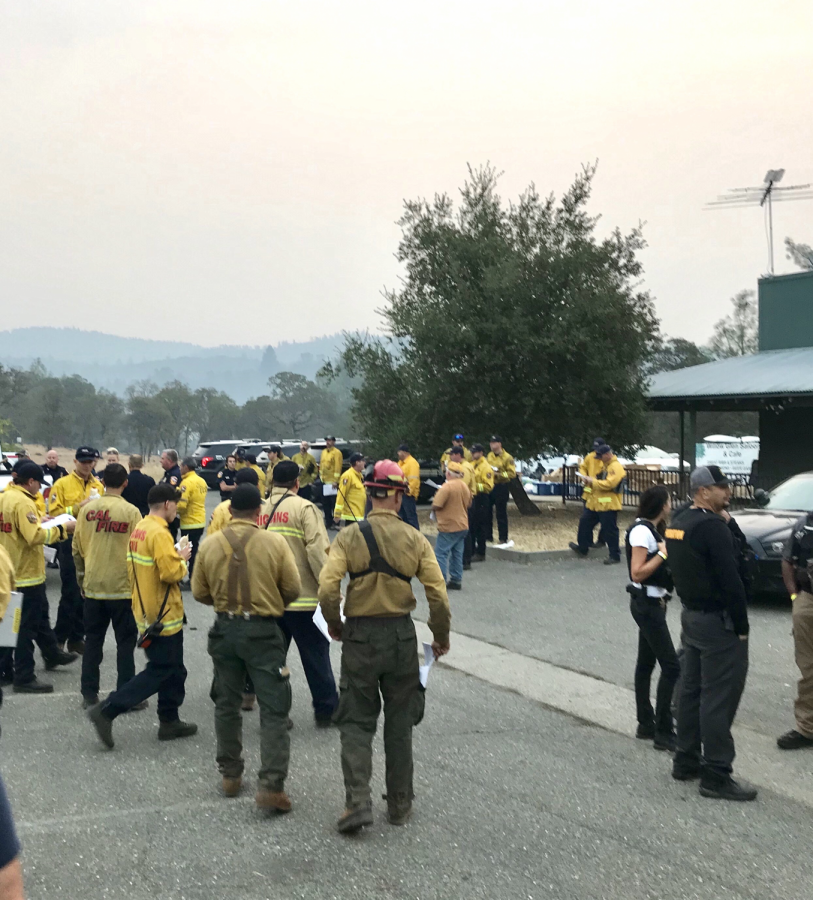 Firefighters risk their lives so that the community feels safe.

Firefighters have been particularly active recently as they battle the major wildfires that have been raging throughout California.

Due to the heat waves and windy conditions, California has been hit by some of the worst recorded fires in history.

Although firefighters are endangering themselves, they’re doing it to save others and the community.

Abby Tate, a senior at Granite Bay High School, has a father who is a firefighter working his way up to become a Captain.

“I couldn’t be prouder of my dad,” Tate said. ”I know how risky this job is, but I also know that this is the job he loves. I couldn’t see him doing anything else.”

When on the job, firefighters are usually gone a couple of days. Depending on their mission or emergency, they could get a notice and have to leave immediately. Sometimes they’re gone over 20 days away from home.

This can be difficult for the family, especially the mother as she is left to handle the kids alone.  Managing all the children by herself is certainly a challenge.

“The longest my dad has been gone was almost 2 weeks due to the Paradise Fires,” Tate said. ‟Those fires were the biggest he has had to deal with. It’s hard just because I miss him, but I know he’ll come back safe because he always stays in touch.”

Alton Tate, Tate’s father, has served his community for almost 30 years now, and he has been involved in a lot of California’s fires, such as the Paradise Fires in 2018.

“I let my family know that I train really hard and train at my best abilities so they’re not worried,” Tate’s father said. “I also give them calls to tell them I love them because there’s no guarantee on anything.”

Although firefighters understand that their children might be frightened for their parents’ lives, they want their kids to be proud of them for keeping the community safe.

“I hope my family is proud of me,” Tate’s father said.  ‟I hope they look up to me and my career and are proud of their father.”

The firefighters and people who work in the firehouse spend a significant amount of time together. They cry, laugh and sweat together, becoming family in the process.

Ally Williams, a junior at GBHS, also has a father who has served the Granite Bay community as a firefighter for 15 years. He is a Captain at Roseville Fire Station.

“I would say without a doubt that our firehouse is a family,” said Williams. ‟I remember when I was little we would go on camping trips, vacations and just hang out. We still do.”

Williams has deep recognition for her father’s work.

“I could never see my dad sitting in front of a computer for work,” she said.  “This is what he was meant to do.”