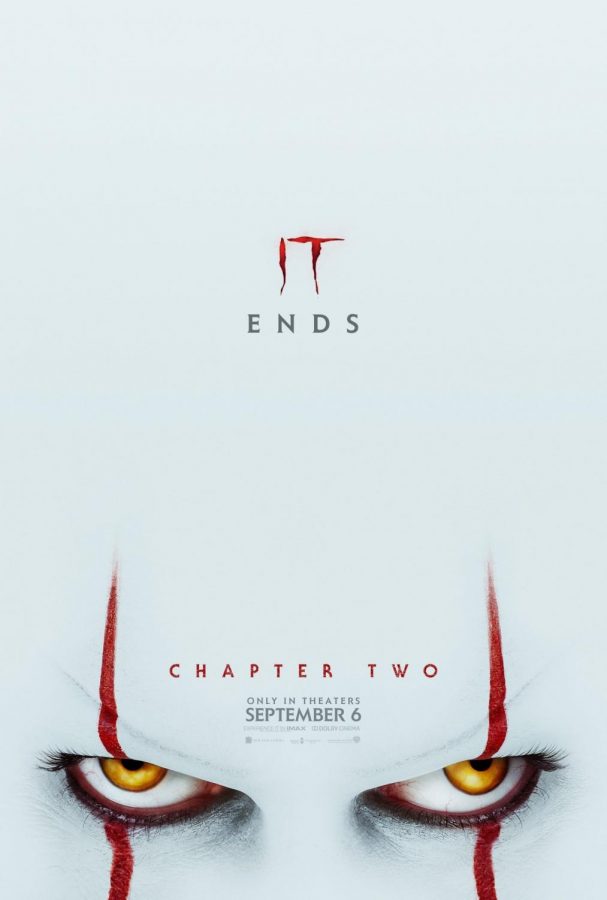 Since the release of its predecessor in 2017, fans of the Stephen King inspired film have been waiting in anticipation for the sequel.

The night “IT Chapter Two” came out, I immediately went out to watch it. I am a huge fan of Stephen King’s novels, and I read the book a few years ago.

I was anticipating this movie since the first movie, “IT”, which still remains one of my favorite horror movies of all time. Stephen King’s “IT” is my all-time favorite horror novel.

I have to say, this movie stays pretty true to the book. They leave out a few crucial details, but it’s forgiven. There are parts of the movie they add in that aren’t from the book as well.

I especially liked how the film portrays the different fears of the Losers as adults.

In addition, the cinematic shots in the film are amazing and really well shot. The movie is funny and thrilling.

But one issue I had was that these two factors were not well distributed, content-wise, throughout the film. I found the sudden cuts from fear and sadness to dark humor very jarring, and it didn’t suit the story well. The previous movie did a better job of blending the tone.

The humor in this movie is really good, but it unfortunately isn’t used at appropriate times.

However, the CGI in this movie has also improved from the last.

I think both films had good and effective uses of fear, though I wouldn’t say this one is much scarier than the last.

I liked the use of practical effects and CGI mixed together, it makes the graphic scenes feel more real or authentic. The acting in this movie was also really good! I admire this films bold take on the horror genre.

And for this film (as well as the last), Pennywise really doesn’t concern himself with keeping the obvious ugliness of everyone’s fears on the down-low.

Overall, not a bad movie. As a big Stephen King fan, it was a really fun and thrilling experience.