Is the school’s WiFi too limiting? 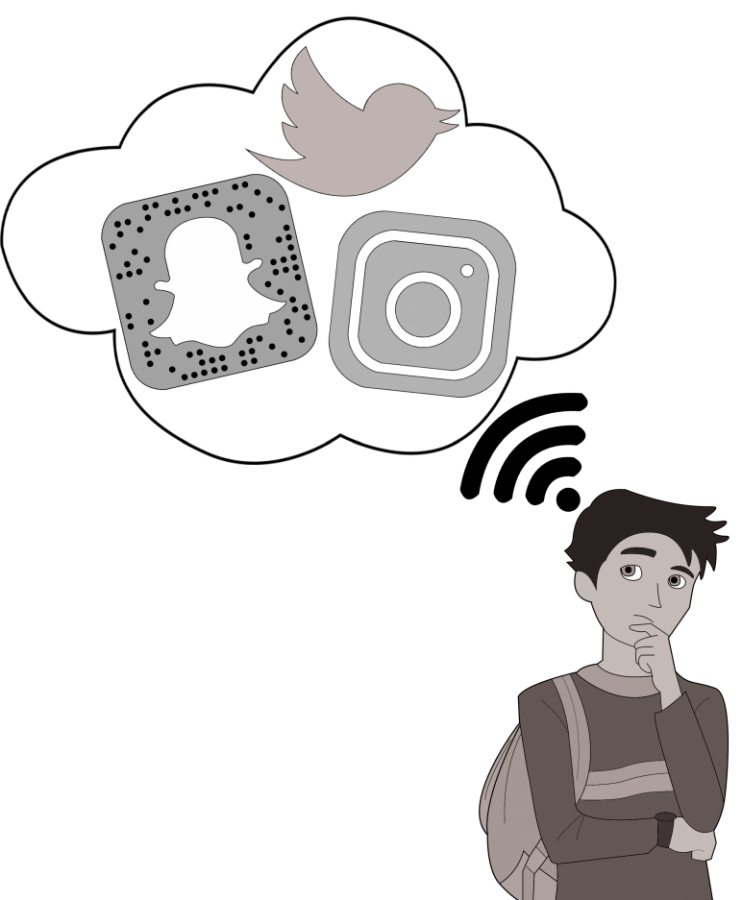 In this tech-oriented age, the internet has the fix to virtually any problem. The internet has become an essential part of gathering information today – for many it is the only source to gather knowledge outside of human interaction.

But students at Granite Bay High have continued to have trouble fully participating in this information gathering process.

Each year has seen the restrictions becoming more and more limiting.

“During my freshman year, the amount of access that the school had was huge,” senior CHase Mannsfeld said. “People could check Snapchat and watch movies on Netflix.”

Now, students can’t access any social media website through the school server, and new this year, they can’t access many of the sites that were accessible in the 2016-2017 school year.

The new system has restricted many sites, including news pages, some Wikipedia pages and even the Gazette website, GraniteBayToday. org,  on some computers.

So why the reduced online access for students? Is it a liability issue, or is it mandated by law?

“The district doesn’t want students accessing (sites and content) that could download harmful software to the computers,” said senior Nicolas Javier, who is part of the Granite Bay information technology team known as GBiT. “I believe it comes down to maintaining the health of the server and keeping students from accessing content they don’t need to be accessing.”

There are many positive aspects to the new server that restricts internet access. It keeps students on task and has little room for diversion.

Still, despite the district’s apparent satisfaction with the changes, many students are displeased.

The blocking of bad sites also crosses over and sometimes restricts individuals from accessing educational sites.

Though the population of GBHS hasn’t been able to access social media for several years now, other websites used for entertainment purposes have been restricted this year.

Small business owner and junior David Shivya is one of many students who have expressed frustration with the extreme limited access to the internet.

“I have a business that I need to be able to check in on at a moment’s notice,” Shivya said. “I can’t get on the websites I need to with the school’s Wifi. It’s annoying that I need to use my own data to check my business.”

Shviya also explained that the WiFI has caused his business to take dips from time to time.

But typical students aren’t faced with with running a small business. They are concerned with completing assignments and researching topics to gather information.

Senior Tyler Boyer said he runs into issues often when he is writing a paper.

“It’s weird and funny to see that a perfectly normal website that people should be able to get on has been blocked,” Boyer said. “It seems like the district needs to work out some kinks with the school server.”

And while students understand the need for some degree of restriction of internet access through the school server, they also think the restrictions needs to be reasonable and allow students the kind of access they need for their educational endeavors.

“I can see the value in having less access to sites that aren’t necessary for school use,” Mannsfeld said, “but there are still problems with the system that need to be addressed.”