Most popular sport in America is threatened by criticisms due to the outcomes of severe concussions. 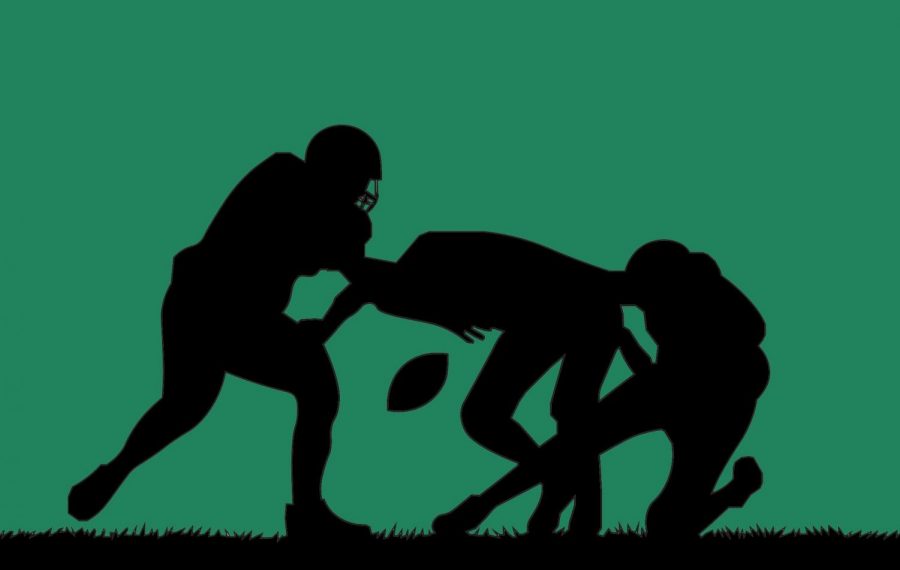 Controversies about the health of football athletes are causing a participation impact.

Football has always been the most popular sport for boys, with more than 1.11 million participants in the U.S per year.

Lately, however, that number has experienced a steady decline – in part, experts say, because of the numerous debilitating injuries players are exposed to.

As the world’s perception of football begins to shift to one of danger and risk, a growing number of parents are removing their children from the sport.

Freshman Cody Ferrante played football for two years before an injury forced him to stop.

“I am not allowed to (play football)  anymore,” Ferrante said. “When I was younger, my helmet cracked and I went to the ER for a concussion.”

Ferrante’s concussion symptoms persisted for four months, more than three times longer than the average concussion. Although he misses playing, his parents do not want him to take the risk of another injury.

There is a misunderstanding of the risks that come with playing the game, according to Jeffrey Evans, a Granite Bay High School football coach since 2004 and varsity head coach since 2015. It is unfortunate that fewer students are able to play football, Evans said.

Evans said he tries to keep his players as safe as possible by cutting down on how much contact the players have during practices. Evans’ players usually get injured when they hit the ground, so he tries to eliminate big collisions and saves most of the tackling for Friday nights. Luckily, at GBHS the number of serious injuries is low.

“We have never dealt with any type of paralysis or major head injuries … but there has been a lot of knees and shoulders,” Evans said. “Nothing has ever been life-long or career-threatening, but definitely surgery worthy.”

Still, Evans thinks the falling numbers for football participation are out of line with the real risks involved.

“I get people maybe not having the energy or the ‘want’ to go play, but I think that hiding behind the fact that you can get injured is a little bit of an excuse,” Evans said. “You can get seriously injured in any sport.”

Freshman CJ Herring has been playing football for eight years and has a genuine passion for the sport.

“(I play) just because of the intensity of the sport and the aggression,” Herring said. “It helps get everything out that you may have going on, and it’s also just a super fun sport.”

Although Herring has broken three bones and suffered a concussion while playing, he never felt scared after getting hurt.

“It makes me want to keep playing,” Herring said.

Many football players do suffer from serious injuries, but a majority were never put in harm’s way during a game.

Senior Cole Roth has been playing football for four years and has enjoyed playing through his high school career.

“I play because it’s super fun,” Roth said. “I broke my thumb once, and that was about it.”

Things seem to continue to get better and although there are concerns, football is much safer than in the past.

“What the kids get out of playing football,” Evans said, “far outweighs the risk of injuries.”