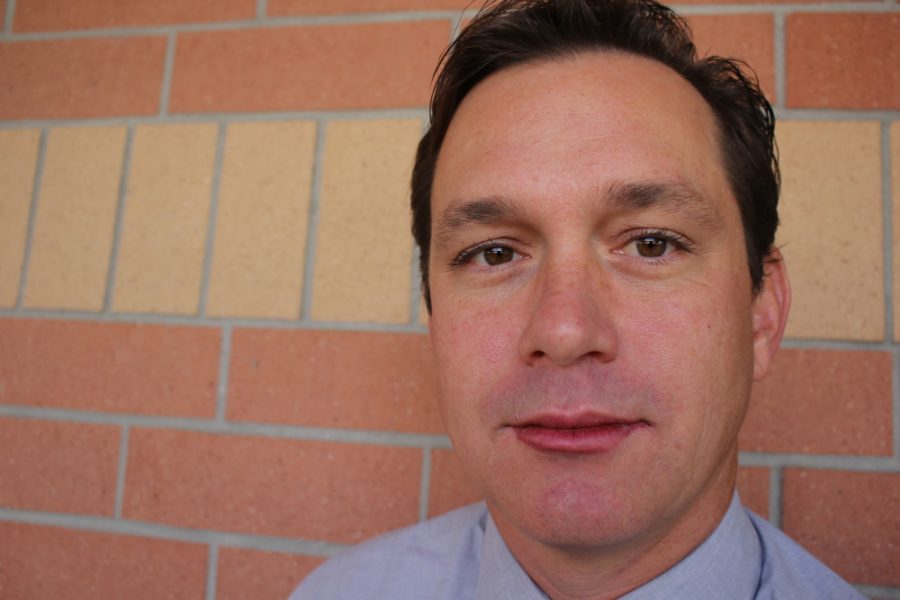 During the week of Nov. 17-21, Granite Bay High School’s chapter of the Gay-Straight Alliance promoted their club ideals of self-confidence and gender and sexuality awareness by holding a “No-Makeup Week.” Students were encouraged to challenge gender norms and societal expectations, fostering a culture of gender and sexuality awareness as well as self-confidence and individuality.

The event originated as an offshoot of GSA adviser Jill McKinney’s assignment for Social Psychology, where students were asked to defy a social norm for a day.

Physics and biology teacher Andrew Phillips, who stepped into the role of club advisor this year, said that the event’s intent was “to make a statement to encourage students to feel comfortable in their own skin, and to let them know that they didn’t need to conform to what other people expected them to do in order to be happy with themselves.”

To accomplish this, participants set out to defy conventions in several ways. Girls who usually wore makeup on a daily basis came to school bare-faced; students who didn’t normally wear makeup – especially males – sported eyeliner, eyeshadow, mascara or lipstick. Those who dressed in a way that identified with typical attributes of a binary gender instead wore apparel considered common for the other. Some teachers, such as IB Biology and chemistry teacher Damien Lawrence, also participated.

“Some days I wore makeup,” senior TJ Conway said, “and other days I decided to go out of my comfort zone and wear pants … because I have a problem with my legs and I thought I may as well get comfortable with it. One day I wore just leggings, which is more feminine.”

The event also allowed expression for those who considered themselves on a spectrum, rather than a dichotomy, of gender. Junior Elise Ramos, who identifies as “genderfluid” – switching between different genders on a day-to-day basis – said that she used the opportunity to dress contrary to whatever gender she felt each day.
“If I felt like I wanted to dress like a guy, I dressed like a girl that day to create discomfort for me – the discomfort of dressing against what you want,” Ramos said. “I wanted people to have to ask me why I was dressed like that.”
For Ramos, the experience was personally enlightening as well as a chance to make suffocating gender conventions explicit on campus.

“Friday (Nov. 21) was also Transgender Awareness Day, so we were all supposed to wear skirts,” Ramos said. “I wanted to wear a pair of jeans that day, but I thought, ‘No, I have to be strong and do this.’ I felt that it was my responsibility as a GSA member. A lot of people have that discomfort of people constantly asking them why they dress or look a certain way. I wanted to reflect that … it was more about my own discomfort.”

Reactions to those who participated differed. Some were greeted with expressions of solidarity and admiration, while others faced derogatory slurs aimed at homosexuality and effeminacy. Sometimes, people were simply perplexed.

“I had a couple of teachers ask if I was okay, or why I was tired,” said McKinney. “Even my IB students were like ‘what’s going on?’ But I had some support, where people said ‘you look good,’ or ‘I didn’t even notice.’”

“One kid said that his friend told him “go kill yourself,” McKinney said. “I thought ‘that’s not funny. Why would you say something like that, what’s wrong with you?’ How terrible is that – when they’re supposed to be your friends.”

However, McKinney remains positive about the long-term effects of the event.

“It’s exciting that we still have a GSA chapter on this campus that try to make it a good experience for everyone on this campus,” McKinney said. “I hope it gives others a little bit of perspective on what it’s like to be different.”