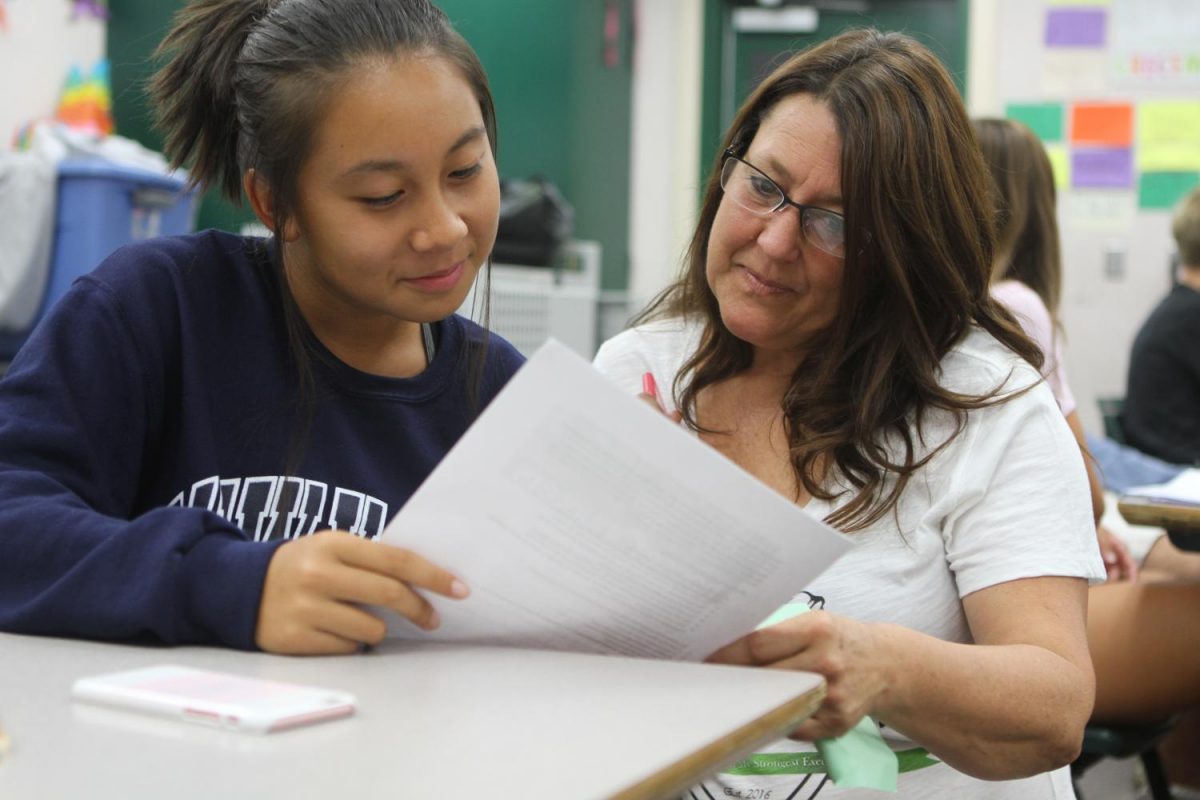 So long, study hall, and hello to the new-and-improved school schedule that includes an “intervention” period.

This fall, Granite Bay High became the fifth and last comprehensive high school in the Roseville Joint Union High School District to add an intervention period into its schedule, GBHS faculty members voted last spring to implement an intervention schedule last spring, effective at the beginning of the 2017-2018 school year.

According to principal Jennifer Leighton, the purpose of the intervention schedule – otherwise known as “Grizz Time” – is for  “students to get the extra help, or time, that they need during the school day. So many (students) are very busy, and to have a short break in the day will (hopefully) be a huge relief.”

The fact that GBHS is the last comprehensive high school in the district to implement an intervention schedule is a plus, according to Jennifer Hill, a Spanish teacher and the intervention period coordinator.

“It’s nice being (one of) the last schools to roll it out because (other schools) have already worked a lot of the kinks out, and now we are able to follow their model and make it better,” Hill said.

Intervention has been successfully implemented in other district schools.

Robert Hasty, the principal of Oakmont High, said he believes intervention is useful because of how it utilizes time during the school day as opposed to before or after school.

“As a staff, we’re better able to meet the needs of our students and community,” Hasty said.

However, Hasty also pointed out that he doesn’t believe intervention period is the singular solution to all academic problems.

“I don’t think intervention alone is the answer to better supporting your students,” Hasty said. “I think a school should have a comprehensive approach to intervention – after-school support, before-school support, teacher office hours, counseling services, specialty services, etc. … no one student has the exact needs of another. We need to approach intervention in many different ways.”

Juliet Perry, a senior at Oakmont, is in favor of the intervention period.

“I think intervention is a great idea… It can be used to catch up on work you had when you were absent, to make up tests and quizzes or to get extra private help from a teacher,” Perry said of the program that has been at Oakmont for several years.

“I think (intervention period) is useful especially for AP students because it gives them time to just chill or it helps them get ahead on homework, which will alleviate some stress for them,” Burley said.

Coming from a school in Washington with a six-period schedule and no intervention, junior Shannon Smith has an open mind about “Grizz Time.”

“The four-period (block) system with (intervention) is nice… I’m adjusting to it,” Smith said. “I like it. It’s a nice way to do my homework or if I’m struggling with (a) class, I can go and get help from my teacher.”

Nevertheless, there are some critics of the new intervention schedule.

“I’m not a fan of intervention period because I feel it is a waste of my time,” senior Danielle Sims said. “Having it after first period is even worse because at that point in the day I don’t have any homework to do, so usually I just sit there on my phone or try to take a nap. … It is basically like second lunch to me.”

With the main purpose of intervention being to have students who are failing be able to increase their grade to a passing level, Sims said she doesn’t think it is the best use of time for the majority.

“It’s unfair that everyone has to have that time taken out of their day, especially when we could be in class doing other things,” Sims said.

Knowing that intervention as implemented at GBHS would have some flaws, Hill has ideas on how school officials can make some adjustments to better fit the needs of all students.

“I think it would be (more) helpful for students if, besides after-school (tutoring), these opportunities were also offered during intervention period.” Hill said. “I think the teachers are definitely going to be able to help the D and F students, but what about the C kid who wants a B? Or the B kid who wants an A?

“So I would like to see that those kids get help from their peers who have taken that course or are enrolled in that AP course.”

So far throughout the RJUHSD district, intervention has proven itself to be worthwhile, and it seems to be improving every year.

“I am blessed to be a part of a school that goes way out of the way to meet the needs of our students,” Hasty said. “I know Granite Bay can make this happen because there are incredible teachers, counselors, administrators and caring professionals who go out of their way to serve kids.”