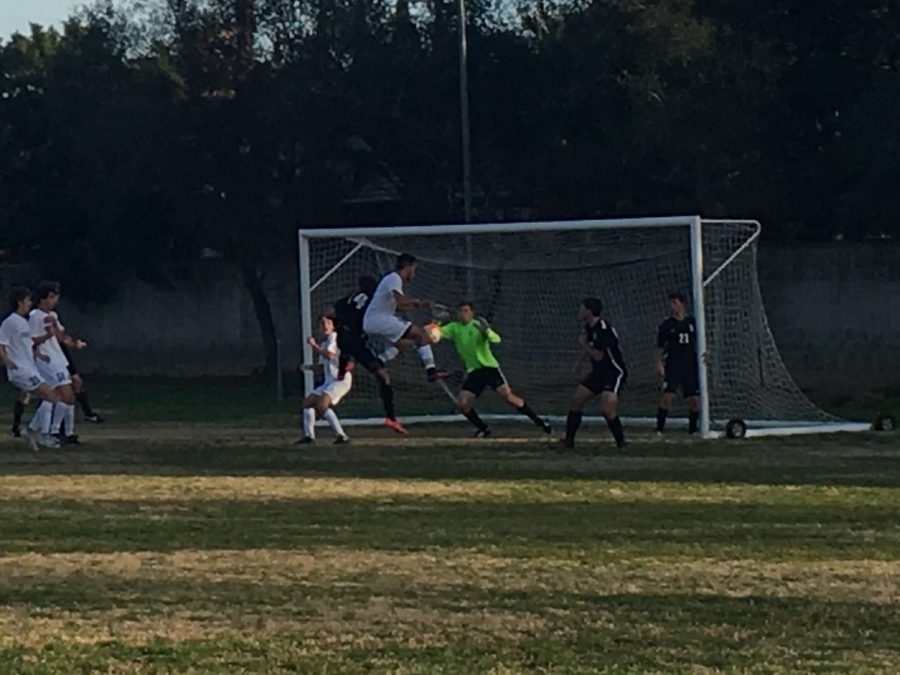 In an initial league encounter with Rocklin in early January, the Granite Bay High School boys’ varsity soccer team came out on the bottom in an unlucky game. So, the Grizzlies saw their game this past Tuesday, Jan. 30, as an opportunity to get revenge – and they did just that in their 4-2 victory over the Rocklin Thunder.

GBHS started the game off strong with a quick score by senior Jack McGrail. Goals soon followed for the Grizzlies by junior Ryan Rosnack and senior James Spargo in the first half.

Just before halftime, Rocklin scored on a penalty kick to pull to within 3-1, sparking the Rocklin players’ momentum and making the rest of the game a more competitive match.

Senior Carson Paxton explained why the second half didn’t go as well as the first.

“I think we were good in the beginning of the game, but then we slowed down after we got comfortable with the amount of goals we had,” Paxton said.

In the second half, GBHS struck again with a goal by senior Keyvon Adelzadeh. Rocklin then scored another penalty kick goal to get them within two of Granite Bay.

But the goals weren’t the most exciting moments of the half.

Later during the second half, Paxton came into some unanticipated conflict with a Rocklin player.

“He just came up with his shoulder on me, then I looked at him, and then he pushed me,” Paxton said. “So I hit him back.”

Though the players did have to get separated, Paxton describes the encounter as just “a little skirmish.”

In the end, the Grizzlies were too much for the Thunder, with the game ending in a 4-2 victory for GBHS.

Although Granite Bay played a solid game and came out ahead, there’s always room for improvement.

“When we get the ball taken away, we tend to be slow to get it back,” Paxton said. “So once we (fix) that, we’ll have a better counterattack.”

The win moves the Grizzlies to 8-3-2 overall and 5-2-1 in league, placing them in second place behind Folsom.