Sophomore at UNR earns support for his impressive basketball performance 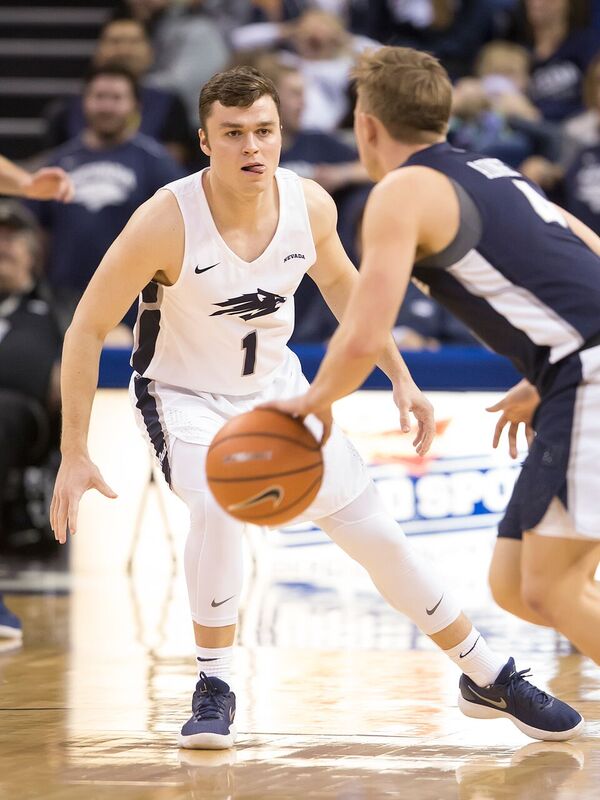 2016 grad Charlie Tooley is part of an upstart University of Nevada basketball team that has advanced to the Sweet 16 of this year's NCAA men's basketball tournament.

Fairy-tale endings have a way of pulling on the right heart strings – especially when it is one of our hometown heroes.

Tooley was  a star basketball player while he attended GBHS.  He played all four years for the high school, three of which he was on the varsity team.

In his senior year, Tooley committed to play college basketball at the University of Nevada at Reno as a recruited walk-on – meaning  he was not offered any athletic scholarship money, but he was still extended a spot on the team.

Most of the time, scholarship athletes have  more authority and preference with the other players and coaches than preferred walk-ons.

Tooley, however, defied the odds and made an impact his freshman year.

He came off the bench and played in 16 games, and was a main part of UNR’s comeback against New Mexico last season. This helped the team capture the Mountain West Title in 2017.

Tooley was given the Most Inspirational Award after his freshman year at UNR.

His coach, Eric Musselman,  recognized Tooley’s hard work throughout his first year and decided he should be rewarded.

One day at practice, Musselman, the rest of the UNR coaching staff and team, surprised Tooley with a scholarship paper – he was given a full athletic scholarship for the spring semester.

“I was very emotional that day and have had a hard time putting it into words how I felt – I just felt very blessed,” Tooley said. “It was, by far, one of the best days of my life.”

“They (his parents) actually surprised me with a video on the day that I found out, which was awesome,” Tooley said. “They are just really happy for me and proud.”

When Tooley received his letter, Musselman explained the reasons for his scholarship.

Upon receiving the letter, Tooley’s coach told him that his work ethic, desire to compete and help his team, and confidence aided in his decision.

Throughout all of Tooley’s years playing basketball, his desire to get better has been constant.

“Even though he was the most talented player, he was still the first to arrive at practice and the last to leave –  he was always putting in the extra work,” said Jason Sitterud, Tooley’s high school basketball coach.

“Outside of (high) school basketball, I know Charlie played on a highly competitive travel team and worked a lot on his own to perfect his skills,” Scotti said.

Along with his constant effort to improve his game, Tooley influenced those around him too.

Scotti said he was not surprised when he found out about his friend’s scholarship.

“Charlie’s one of the hardest working guys I know and absolutely earned the scholarship,” Scotti said.

“I was excited for him because I knew that he had earned it through his hard work and being a great teammate,” Sitterud said.

Tooley’s inspiring story is a great lesson for many athletes.

Sitterud said he would want to teach others  from Tooley’s story that “hard work plus (a) selfless attitude equals success.”