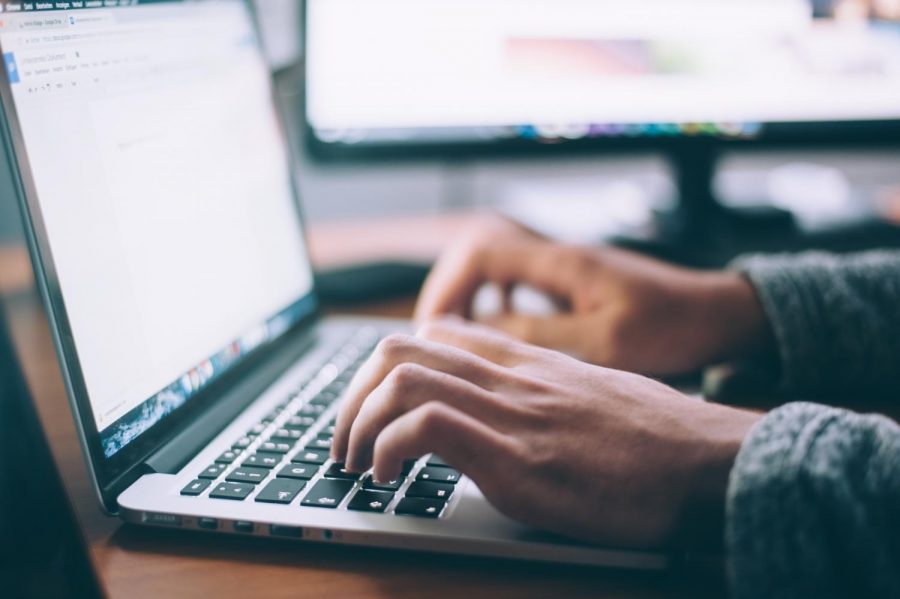 During quarantine, many have resorted to shopping, streaming, and ordering online from the comfort of their home.

At Granite Bay High, students are taking the age-old adage “tl;dr” to the extreme. Six Word Site is an up-and-coming website where users post stories that are, well, only six words.

Two years ago, Microsoft Corps finally established the fact that teenagers have a shorter attention span than a goldfish, discovering that people now typically lose concentration after eight seconds, possibly or most likely due to increasing demand for more fast-paced and even briefer forms of media, from the typical 100K plus word monster of an American novel to 140 character updates on Twitter every second.

And Six Word Site? It seems to be the pinnacle of brevity.

Yet the appeal of Six Word Site doesn’t seem to lie in that very same brevity. Instead, for enthusiasts at GBHS, it lies in what remains unsaid.

“I really like the simplicity,” Samantha Manalo, a GBHS senior, said. “It leaves more room to imagine what the author really meant.”

For others, it’s art, albeit without true substance.

“It’s entertainment,” Divya Shetty, a GBHS senior, said. “It’s powerful in that a few words can hold a deeper story and such, but I feel that’s purely for poetic purposes because you can’t actually educate yourself from them. Six words is an artistic thing, nothing else.”

Yet the future isn’t necessarily bleak for those who prefer longer forms of content. In recent years, the belief that the shorter, the better hasn’t necessarily won out, as Twitter has begun to see a decline in relevancy and statistics show that articles on major news organizations actually tend to do better when they are either shorter or longer, versus simply the former.

Actually, the average word count of the most shared articles has been growing, in comparison to previous years.

As editor-in-chief of Quartz Kevin Delany told the Digital Editors Network, “The place between 500 and 800 words is the place you don’t want to be, because it’s not short and fast and focused and shareable, but it’s not long enough to be a real pay-off for readers.”

So broader prospects for Six Word Site remain ambivalent. As of this article’s writing, the site has been taken down from search engines and entering its URL into search browsers will result in a “Page Not Found.” Related subreddits and Tumblr pages are also on the decline, with posts on subreddits having little to no comments and the last post on the Tumblr being written three years ago.

Was it inevitable? Was six words just too short?

“It’s relatively simple to make a six word story,” Divya Shetty, a senior, said. “But writing is mainly to say something of worth . . . You can’t say all that much in only six words.”