Young adults have excessive negative habits regarding their electronics 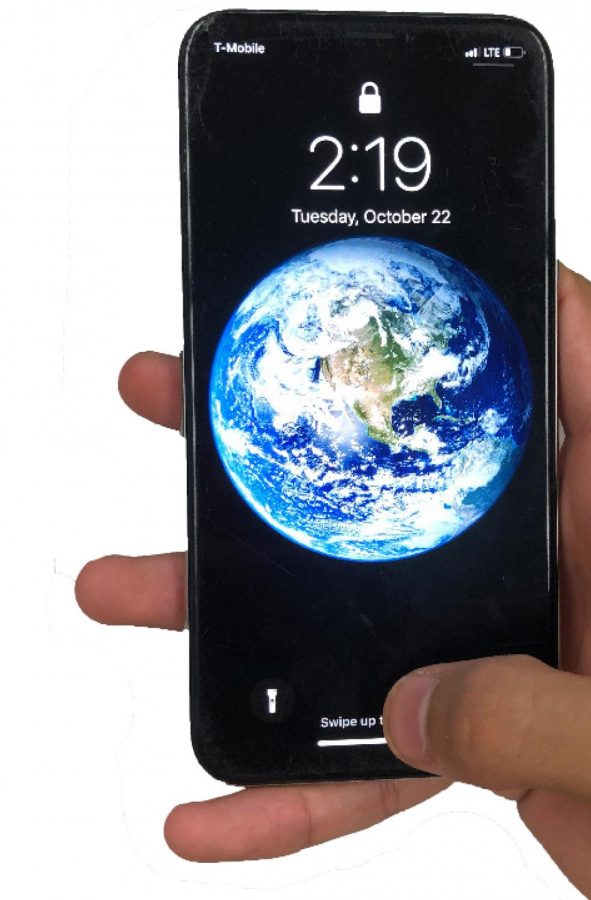 Phones and mobile devices accompany teenagers nearly everywhere they went, and it appears that many have built a dependence on their mobile devices.

As children, many found something to cling onto when they were scared, hurt or lonely. Some had a teddy bear, others a doll.

It was that tool that stayed with them through their first steps, their first day of preschool and many other of the momentous events of their childhood.

When sad, angry or in need of a simple friend, the child would clutch their item close, as if the mere presence of their keepsake might solve all of their problems.

This counterfeit way of coping is not only embraced by children. Many adults and teenagers also find something to be their “teddy bear.”

For most people, there is a recurring tendency to find something to cover up the unbearable emotional strain they often fill themselves with.

There is a need to find something to make all of their problems magically go away.

For many teenagers these days, that apparatus tends to be their phone. They resort to their phones in times of loneliness, boredom and sadness.

Many young adults and teenagers keep their phones near them at most hours of the day, inseparable from their beloved devices.

“It is kind of addicting,” said Sarah Gross, a sophomore at Granite Bay High.

Most teens spend an average of six to eight hours on their phones per day.

The most common thing that teens do on their phones is scroll through social media.

Keeping up with others and their lives through technology is how many find peace and satisfaction in their generally stressful lives.

“You get to see part of what other people’s lives are like,” Gross said.

Many people these days spend hours and hours on their devices, exploring new styles and trends.

“It is an easy form of entertainment that people are using to interact with others,” Woodford said.

Phones are used among teens as distractions. They are commonly used to cover up emotions.

Woodford said she goes to her phone for comfort in times of boredom.

Gross said she looks to her phone “when (she) is bored or when somebody sends (her) a message.”

Despite their addiction to phones, teens themselves are not all to blame.

“I feel like a lot of things are dependent on technology,” Woodford said. “ In classes, we are using our computers a lot.”

Many GBHS classes have switched to computer-based curriculum.

The homework, classwork and projects done in class are becoming more dependent on a computer or other device.

Procrastination can also be a downfall, as students will spend hours on their devices as opposed to doing their homework.

Schools bear some of the blame for students’ dependence on their phones because of the way technology has overrun classrooms.

Woodford said people use technology to withstand their day-to-day issues when in reality, their problems only increase.

“A lot of students are often using their phones when they could be having time to talk to each other,” Gross said.

The effects of technology on teenagers include the decrease of face-to-face conversations which are important and often neglected by teens.

“I think it is a huge problem because people need to interact face to face … it is not the same when you are on your phone talking to people,” Woodford said.

Gross even connected the recent PG&E power outage events in the local area to technology obsession.

The community, students included, were found unnerved when their power was shut off for those few days.

“We are definitely dependent on technology,” Gross said. “(W)hen the power goes out and we don’t have the option of phones, it makes it a lot more difficult to go about our daily lives.”

When lights were shut off, phones could not be charged and TVs would not turn on, many people became a little more aware of how much of their lives were actually dependent on technology.

How might students separate themselves from the cell phones they are so connected to?

Gross recommends setting time limits to pace yourself on the amount of time you spend on your phone each day.

More specifically, Woodford encourages simply setting the phone out of the picture, no longer making it an issue.

“When you are with your friends, you don’t need your phone,” Woodford said. “You can leave it aside or leave it at home. You don’t need to take it everywhere.”