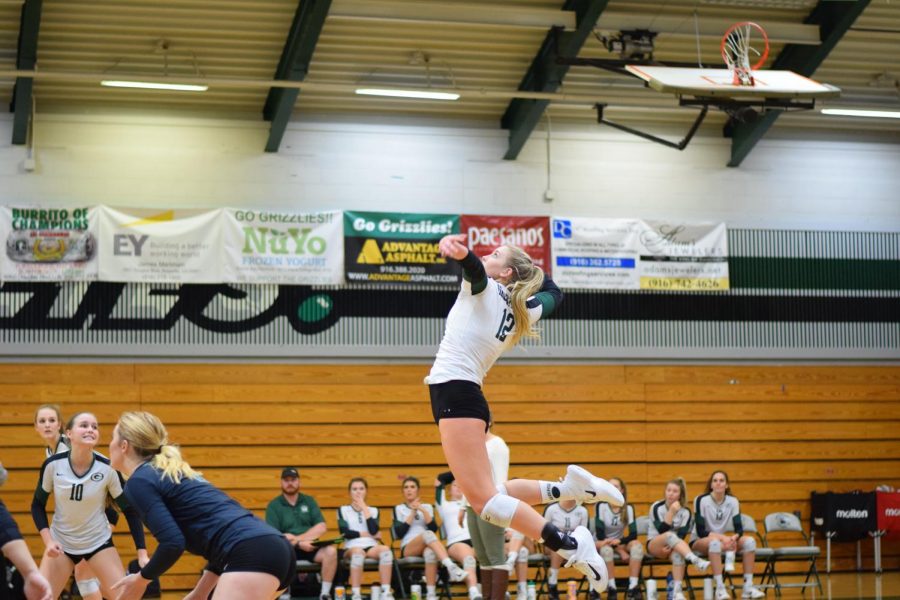 Two weeks ago, the Granite Bay High School girls’ varsity volleyball team appeared to have their season cut short after a loss to Turlock High School in the second round of the CIF Section Championships.

However, the team was later informed that they would be afforded a second chance, also informally known as a “wild card”,  as they were offered a spot in the CIF Division II State Championships.

Entering as the fourth seed, the team matched up against Moreau Catholic in the first round of the playoffs on Nov. 15, 2017 and ended up dominating the game, winning three sets to one.

Throughout the game, the team played very well together and were able to make quick work of the opposing team, as the outcome was never in much doubt.

“It was fun to get kills and be a star of the game, but it’s also great (when) we (play well) together as a team,” said Abby Marjama, one of the captains on the varsity volleyball team. “The want to win, the drive to be the best we can be and the desire to be champions helped us win tonight’s game.”

The team also was able to have fun on the court, as at numerous times it was clear that the girls were not only playing extremely well, but were also enjoying the game.

“Our energy was up during the game and we had a ton of fun and enjoyed ourselves,” Jessica Varakuta, a sophomore on the team said.

However, harder teams now await the Granite Bay Grizzlies, as their next opponent is Pleasant Valley, who are ranked higher than Moreau Catholic. The two will square off this Saturday for playoffs, with Granite Bay having home court advantage.