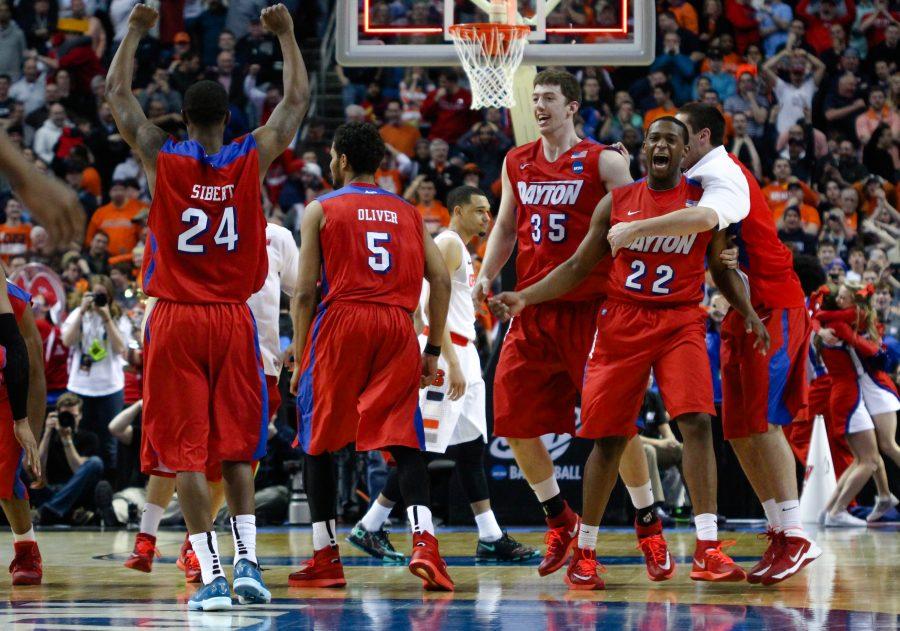 Even though March has passed, the madness still lingers.

For all of March and the beginning of April, the National Collegiate Athletic Association hosted their famous one month basketball tournament known as March Madness. In this tournament, 68 teams are selected and divided into four divisions with 16 seeds in each – all in one bracket for a fight to be crowned national champions.

What makes this event so exciting is that every year the tournament gives new life to young college teams who play harder than ever on highly-publicized TV. By piling teams from different areas and difficulties of conferences, it makes for a special and energetic tournament filled with plenty of upsets, busting brackets and making it so nobody can perfectly predict all outcomes.

Junior Jaison Jivan said the intensity and unpredictableness of March Madness is what separates this tournament from all the others. He admires the fact that big name schools get taken down by relative unknowns, and players who have never been in the national spotlight are hitting big-time, game-winning shots in front of the world.

Scott Becker, a math teacher at GBHS, offers a tournament for his math classes. Becker said he does this in order to give a breather to his students as they prepare to ramp up their preparations for the upcoming AP and IB tests.

Becker also mentioned how it involves some math in the analysis of statistics and probabilities. After playing the game, one of his students became a statistic researcher at ESPN and made sure to email him that she remembered the experience.

Every student in Becker’s class can enjoy the in-class tournament regardless of their basketball knowledge.

Outside of the classroom, students compete by comparing their bracket predictions.

“I get a group of my friends to fill out brackets and we all put in money,” junior Sean Boyle said.

Boyle enjoys watching the games with his friends and family to celebrate the event, taking advantage of a great opportunity for some friendly competition of all ages or some intense competition between friends.

Another aspect of the event is that many celebrities, athletes and TV shows offer bracket competitions in which anyone can join, and there are some competitions which offer prizes for the best bracket.

In order to achieve a successful bracket, many people have different methods and beliefs.

“Pick some upsets and you will be fine,” Boyle said.

Becker noted the 12 seeds odds are actually 8-4 against the 5s, meaning many upsets are bound to happen.

Every tournament has plenty of upsets, but fans must pick the right ones.

Jivan said that the best method is to make only one bracket, because he thinks confidence pays off and it’ll be more rewarding when your predictions are correct.

March Madness is an event in which anyone can participate and everyone has equal opportunity to win it all.

Knowledge and experience is thrown out the window when it comes to predicting a perfect bracket.

“The games give everyone hype,” Jivan said, “even people who don’t follow basketball.”