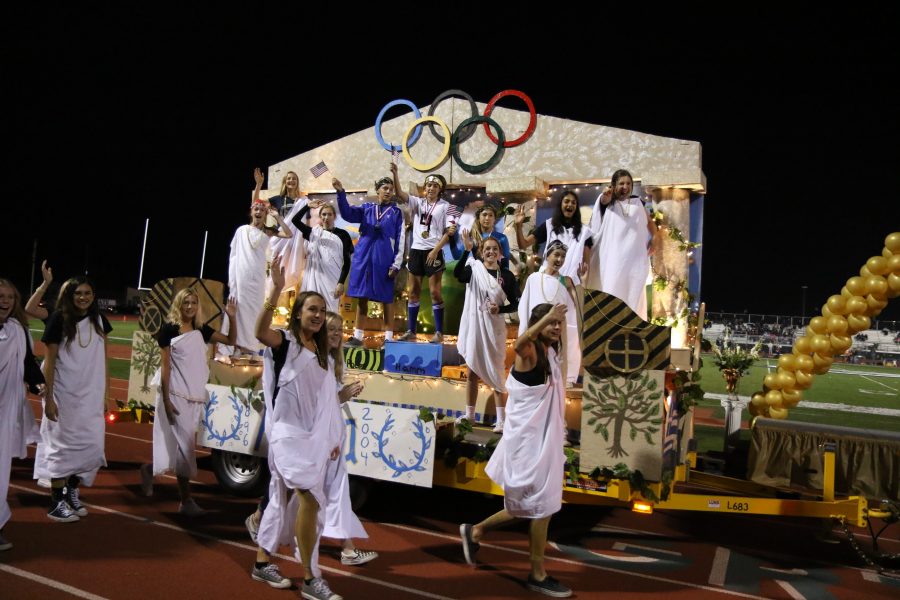 Head freshman float commissioner Meryl Isaacson took on the challenge of leading and directing the 2020 class float for Homecoming 2016.

“I knew how important floats were and I wanted to try something new and important,” she said. “Everyone I talked to said it was really fun.”

When Isaacson signed up for Student Government in the fall, she had no idea she’d be putting in so much work into a commission so early in the year, and as a freshman too.

“I was ready for it, but I’m surprised how independent the teachers and staff let us be.” she said. “They just expected us to know what to do.”

The turnout at float building was much greater than Isaacson expected. The number of participants allowed for more ideas and thoughts to be shared amongst students, making float building sessions more productive.

“We had a ‘Super Squad’ of float builders that came early and stayed late to help build.” she said. “It was really nice to have a lot of extra hands.”

However, Isaacson did fear they wouldn’t finish on time for bonfire and homecoming, which is a common worry amongst float commissioners.

“It rained [last weekend] so we had three days where we couldn’t build,” she said. “It made us really fall behind.”

Even though they faced a rain delay, pressure and the struggle of being new to homecoming, the freshmen float was given first place, for the first time in the school’s history. Her peers were thoroughly impressed with Isaacson’s efforts and commitment.

“I think Meryl did a really good job,” student government student Emma Gordon said. “She was very organized and had a clear view of what she wanted. She also was very good at communicating with everyone else who was building it. Overall, she did an amazing job.”