Is freedom of speech restricted on the GBHS campus? 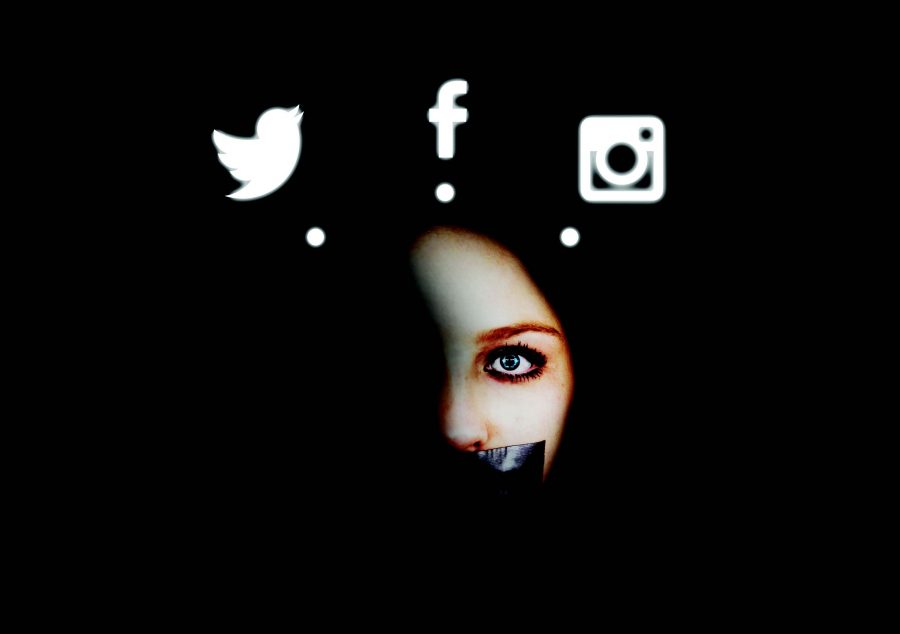 This article was written by Colleen Vivaldi and Jenna McCarthy, both writers and editors on the Granite Bay Gazette staff.

Although the freedoms of speech, expression and press have been present in the United States since the First Amendment was ratified in the Constitution, a student’s freedom of speech on a high school campus is, in actuality, limited.

As soon as a student, administrator or teacher steps on to a high school campus, they give up their rights to freedom of speech, as there are rules around the language and statements people can use.

Just as how verbal and written interactions are important, social media is also a complex part of freedom of speech and has recently become a game-changer. Social media has somewhat altered what people are allowed to say, especially for high schoolers.

Some students often publish opinions about their school on social media, and such occurrences have sparked certain controversies.

Twitter, Instagram, Snapchat and Facebook are the four biggest social media outlets for people to express their opinions through photos, text posts, videos and links to websites.

Granite Bay High School principal, Jennifer Leighton, says public schools need to ensure that students speak and post in a respectful and appropriate manner, as disruptive and crude words could possess a imminent danger to people on campus.

“Public schools are definitely in a different arena than out in the city streets, etc,” Leighton said. “Teachers and administrators have the authority to do what they reasonably believe is in the best interest of their educational responsibilities. In other words, we can’t let students run the show because they may not understand or have learned the boundaries of socially appropriate behavior. My understanding is that if a student’s ‘free speech’ causes either a substantial disruption of the school environment or invades the rights of others, we can prohibit it.”

“If it’s having to do with school-related issues, (such as) posting onto … The Tribe’s Twitter account and being harmful, yes, absolutely (they should be held accountable),” Tastor said.

“If they are monitoring and they are aware of potential issues, they should have their eyes open and should have teachers … and everyone else aware that this issue is brewing,” Tastor said. “Would you rather under-react or overreact?”

Tastor said some content posted online give the administration grounds to monitor students.

“If people are aware that your conversation is targeting or harming other kids on campus, I think that the administration might have an obligation because something might happen on their campus,” Tastor said.

Senior Nirvan Sorooshian has experienced such an instance, as he created a YouTube video that voiced his opinions on the Tribe.

“Free speech doesn’t exist at our school unless it’s hidden. I’ve talked against the school in front of administrators and it’s always gotten me in trouble,” Sorooshian said. “Social media is, (in my opinion), ineffective pretty much and it’s just a way for us to feel like we are having a say, but we aren’t.”

The video that Sorooshian posted was on his own time, outside of campus, however still sparked some controversy, as he was referring to a school organization.

“Yes, of course (the rules of free speech) should be changed. We’re taught to form our own opinions and express them, but our administration is built on putting the school’s students down,” Sorooshian said.

Tastor said students shouldn’t use curse words mindlessly on campus because GBHS should have a “sense of decorum.”

“Kids should not be able to rattle off random cuss words for no reason,” Tastor said. “The way I try to approach kids when they’re talking like that is I ask if it would be appropriate for me to talk like that in their home, and almost every kid replies, ‘No.’”

Although Tastor tries to prevent gratuitous swearing, he said he doesn’t regard it as censorship of free speech.

“Free speech is more of a political ideal or … an expression of opinion,” Tastor said. “Some kid rolling around campus cussing in many cases (is) just immaturity.”

Tastor said he is “absolutely” a proponent of free opinion and protest for students. He said, so long as both sides of an issue have equal opportunities to gather and speak their opinions, freedom of speech should be guaranteed.

The GBHS administration and teaching staff adheres to the laws of freedom of speech, as some often times have social media accounts of their own and therefore, are on the domain of the web and may see what students post.

“I am not aware of any restrictions, but we don’t ‘follow’ students on Instagram, Twitter, etc,” Leighton said. “However, I will sometimes troll around on Twitter and see public posts because it helps me to keep a finger on the pulse of what students are thinking.”

The proponent of anonymity online is a huge issue that companies, schools and organizations all have had problems with.

“(Social media) is a private endeavor (and) I think that there should be moderators who decide whether they’ve crossed lines,” Tastor said. “I think that anonymity and that cowardice is in many ways harmful so I think that it’s important in that regard. I don’t know that a school should have anything to do with that unless it’s happening on campus, it’s parents’ jobs to monitor kids’ accounts.”

GBHS senior Ryan Arneson said free speech is limited on a campus and respects that words can pose a threat to people, however, said he believes in people’s ability to formulate their own words, thoughts and expressions.

“I know our free speech is limited and I feel like everyone is just scared to see if they would get in trouble if they were to go against the admin or any school figure,” Arneson said. “I think that (in regards to social media), it is your own private opinion, but as long as it is nothing threatening to the school or someone at the school that would cause a problem, then it shouldn’t be a problem.”

Advanced Placement United States Government teacher Jarrod Westberg emphasized that social media is a privatized matter, so privacy must be respected, but sometimes, monitoring is necessary for the school’s welfare.

“Constantly monitoring (social media) gets to be a slippery slope,” Westberg said, “because if it’s outside of the school it’s free speech until it starts affecting the school … or the business of the school. At one level, there’s privacy … but at another level, are we responsible, and did it start here?”