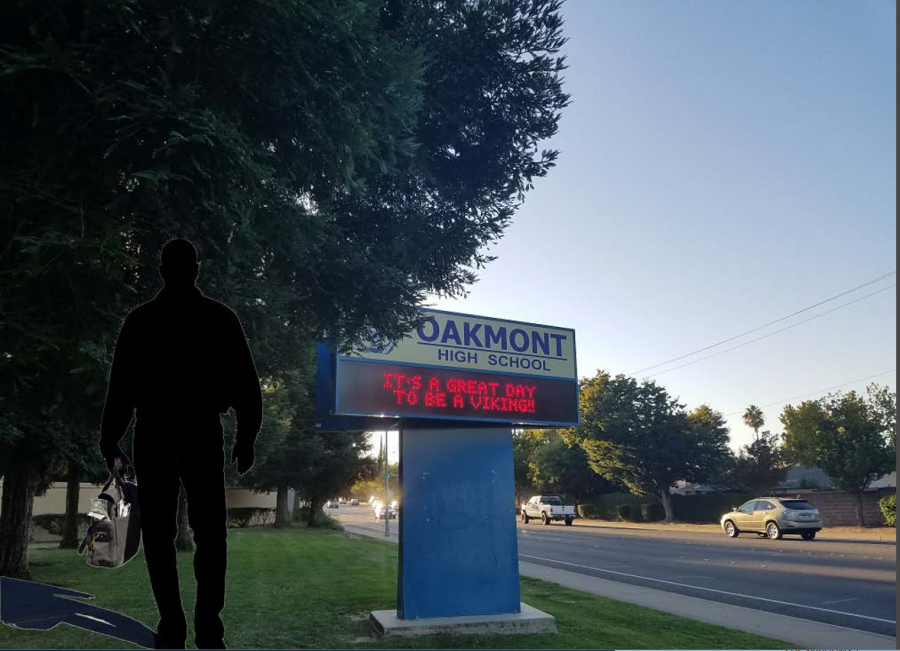 After being suspended from his teaching assignment at Oakmont High, former district health teacher Doug Mason spent part of the 2017-18 academic year in a split assignment at both Roseville and Oakmont high schools.

Mason had a history of sexual harassment allegations from students as well as numerous cases of inappropriate behavior across the span of his two decades teaching in  the district.

The health teacher was suspended with pay from Woodcreek High during the 2016-17 school year, was reassigned to Oakmont and Roseville for the 2017-18 school year and was then re-suspended. He resigned in August.

In May, the district placed Mason on unpaid suspension as it began official dismissal proceedings.

Finally, in late August, district officials accepted Mason’s resignation after accusing him of “immoral conduct” and “evident unfitness for service,” according to a list of charges against Mason compiled by the district.

A Sacramento Bee story in early September noted that personnel documents provided by the district showed that Mason had engaged in “40 incidents of egregious, inappropriate and unprofessional verbal and physical conduct towards students.”

The district’s investigation found that Mason had inappropriately touched a 14-year-old student at Woodcreek, pulled up her long skirt to her knee and asked her to call him over the summer so he could hear her voice.

In previous years, the district claimed he had repeatedly harassed female students and colleagues.

The district had disciplined Mason through warnings, suspensions and inter-district transfers.

Critics of how the district dealt with

57-year-old Mason’s cycle of inappropriate actions wonder why the district didn’t act sooner to terminate the teacher. They’re also not happy with the $80,000 payment Mason received to encourage him to resign.

“Him getting an $80,000 payment on the way out the door sends a terribly demoralizing message to all the rest of us who are beyond reproach in our conduct with students and who work incredibly hard to make amazing things happen in our classrooms and in our co-and extracurricular programs,” said Karl Grubaugh, advanced journalism and Advanced Placement economics teacher at Granite Bay High, in a staff-wide email in early September.

Grubaugh wasn’t alone in his criticism.

However, morality aside, the logistics of the case are  understandable, Grubaugh wrote.

“I’m financially astute enough to understand that paying Doug Mason $80,000 to get him to resign and go away is cheaper for the district than having to continue to pursue his dismissal if he fights,” Grubaugh wrote in his email.

Still, the payment rankles many students and teachers.

“By no means was it right for (Mason) to receive $80,000,” said senior Preston Fu. “But it was the right move because now he’s out of the district.”

The Gazette contacted RJUHSD superintendent Denise Herrmann for comment multiple times, but Hermann did not respond by the Gazette’s print deadline.

Despite the ugliness of the allegations against Mason, the former teacher has yet to face any criminal charges – an important distinction, according to GBHS teacher Brandon Dell’Orto.

“All it takes is an accusation to destroy a teacher’s career, and that can’t be the way to go,” said Dell’Orto, who teaches Advanced Placement U.S. history teacher and also serves as the vice president of the Roseville Secondary Education Association.

Dell’Orto said the RSEA does not play the role of a lawyer and protect teachers who have committed wrongdoings.

Terminating a teacher without sufficient evidence of violations can lead to a trend of releasing any teachers who are rumored to have acted inappropriately, even if the rumors are untrue.

For that reason, the district must follow due process guidelines – but the stereotype that teachers are somehow above the law is inaccurate.

“The perception that teachers can’t get fired is totally false,” said Westberg, who also serves as the RSEA grievance chair.

Westberg’s role as grievance chair is to make sure district officials follow protocol and the steps outlined in the teacher contract to take disciplinary action.

“There is a process to follow to terminate someone,” Westberg said.  “Districts have to go through the steps outlined in their contract.”

According to Westberg, the first steps of a fair dismissal process is to “instantly run a thorough investigation of everyone involved.”

The district has launched numerous investigations regarding the allegations against Mason, the most recent of which began in May.

The downside to a fair and just process is that it is rarely quick and speedy, and in potentially high-stakes cases such as Mason’s, many families and colleagues within the community can get emotional.

“I have a son and a daughter in middle school, soon to be high school, and I don’t want (perpetrators) around them, putting my students in harm’s way – my own children in harm’s way,” Westberg said. “What I would love to see is swift and quick prosecution of these things.”

As frustrating as the timeliness might be, “the emotion of the moment cannot outweigh the rational investigation that proves that maybe what they thought they heard isn’t what actually happened,” Dell’Orto said. “Justice is usually really slow, but if done well, it usually comes to the right conclusion.”