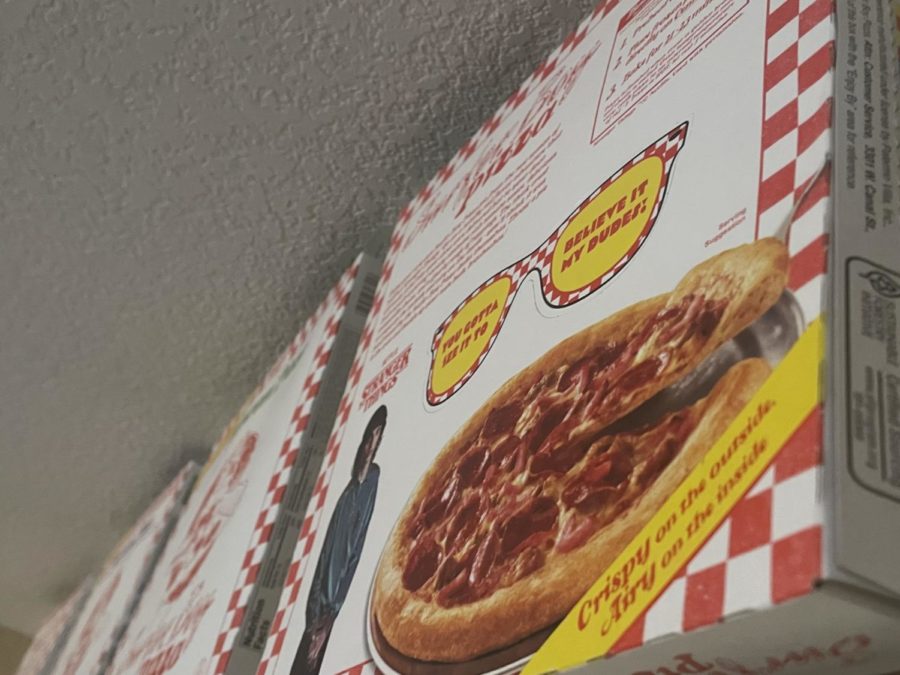 These are pizzas to try, Brochachos!

As a promotion for the new season of Stranger Things , Palermo’s pizza took the brand directly from the show and came out with the new Surfer Boy Pizza pies. These pizzas are sold in the frozen pizza aisle or are featured in the end cap highlighted items in Walmart.

Stranger Things is an American science fiction drama television series and the first volume of season four was released on May 27th, 2022; the second volume of season 4 was released on July 1st, 2022. This season was separated into two volumes with six episodes and volume two came out with the last two insane episodes. This new season introduced many new characters and introduced a new horror into the show.

While frozen pizza is supposed to be an item where you’re allowed to have the delicious meal at home instead of at a restaurant, most of the time they aren’t even close to the experience of a handmade pie. The real Surfer Boy Pizza has changed that for me. This pizza has got to be the best ready to make pizza I have ever had.

Palermo’s Pizza has a long history of great pizzas. They own a family of brands. Those brands include Palermo’s, Screamin’ Sicilian Pizza Co., Urban Pie Pizza Co., Connie’s Pizza, the Palermo Experience and of course, Surfer Boy Pizza.

Although I do have a little bias towards the fact that the pie is based off of Stranger Things, I have to say that my bias does not throw off the flavors. Palermo’s came out with 4 different flavors, including one directly from the mind of a new character, Argyle. These four flavors are pepperoni, multi-meat, supreme, and Argyle’s pineapple jalapeño.

The different types of pizzas all have a different character and a pair of pizza box sunglasses (a special feature from the last episode of season 4 of Stranger Things). Pineapple jalapeño has Argyle on the back, supreme has the demogorgon on the back, multi-meat has Mike Wheeler and pepperoni has Eleven on the back.

Starting off with my least favorite flavor; Argyle’s creative pineapple jalapeño was sadly disappointing. Although I personally do not enjoy pineapple on pizza, I still gave this one a try. I couldn’t even finish one slice of it. I personally don’t enjoy the sweet flavor of pineapple on pizza. For me, it just doesn’t mix well with the otherwise very savory mixes of toppings.

On this pizza, the jalapeño had no spice whatsoever and I think that might be due to the fact that this pie is frozen. Unlike the jalapeño, the pineapple was very juicy and flavorful but since the jalapeño did not provide any spice to counteract the sweetness, it just wasn’t a good mix. I honestly think this pizza would be absolutely delicious with fresh ingredients, especially if the jalapeño is actually spicy.

I definitely have no room to talk about the supreme pizza considering I took all of the peppers off of the slices I had but I still think it was a very pleasant pie. Each pizza has the same crust, tomato sauce, and mozzarella cheese which are the highlight of the pie if I have to be honest.

While the toppings on the multi-meat pizzas were quite appetizing, the regular pepperoni pizza persevered, placing first place in the flavor competition. The pepperoni was crispy, slightly smoky, and perfect, considering the pie was frozen. The pepperoni was one of the best frozen pies I have ever tasted.

As Argyle would say, “Try before you deny!”