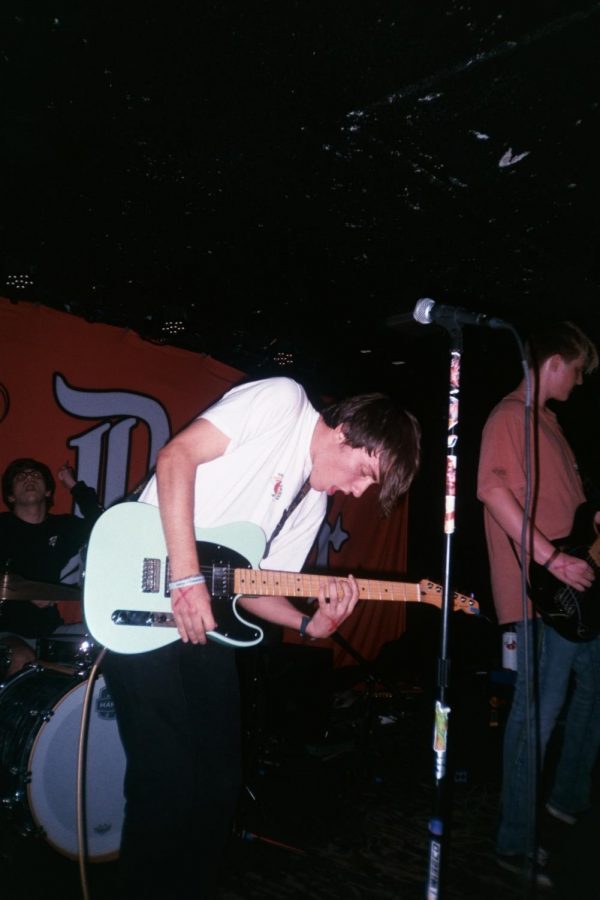 Special to the Gazette / Kaiya Lang

Senior Trey Miller plays his guitar at a concert.

In recent years, film photography has gained popularity among thousands of teenagers worldwide, and with GBHS students.

Film photography involves taking photographs on thin pieces of plastic that are then specially developed and turned into unique looking photos.

Senior Kaiya Lang has been an avid film photographer for several years.

“I’ve been using film since I was a freshman,” Lang said. “It wasn’t super common back then but I got into it because I was always obsessed with photography.”

For Lang, photography allows her to express herself in unique ways, along with showcasing her fashion ideas.

“I love it because it’s a creative outlet that allows me to express myself,” Lang said. “I feel like photography is something that has led me to meet a lot of new people, appreciate art and fashion more, and pushed me to think of new and creative ideas.”

Senior Meryl Isaacson has been using film since 2017.

“I usually just take photos of what I think is cool or pretty. Sometimes I’ll look at photographers’ social media and get inspiration from that, she said. “I usually take photos of my friends or nature.”

The process of film photography can differ quite a bit from digital photography.

It is a much longer process that involves patience and trial and error.

“I use a point and shoot camera so it’s pretty simple. I have film that I load into the camera and depending on the lighting use flash or not, wind the film, then take the photo. After using a whole roll I use my bathroom as my dark room and develop and scan them,” said senior Meryl Isaacson.

“As far as the film process you can either use a reusable 35 mm camera or a disposable that has one use and you throw away after. Once you have the camera or roll you take as many photos as the roll of film comes with then when you finish you get them developed,” Lang said. “I personally don’t develop photos myself because I don’t own any of the materials, I take them to Mike’s Camera in Sacramento. It’s worth the drive because they only take about a day to develop the photos and have reasonable prices,”

Senior Jessica Gong is also involved in photography, but on a digital camera.

“I have never done film photography but I would love to try someday,” Gong said. “I started getting into photography during freshman year but I became more passionate and involved during the fall of my senior year because I was able to get better equipment and more opportunities,”

For many students, photography allows them to express themselves in creative ways while still documenting memories that will last a lifetime.