After gaining considerable progress, the policy to postpone the school day to 8:30 comes to an end 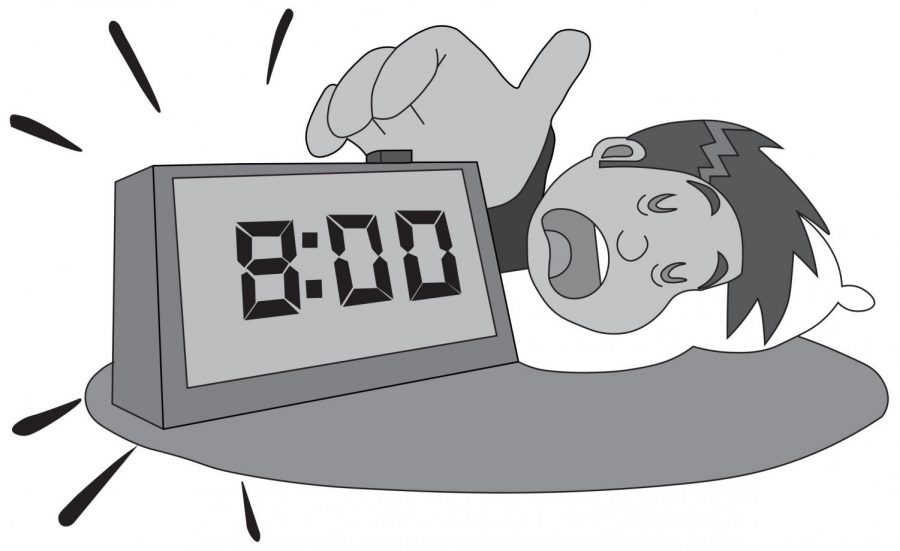 Whether this time is spent resting or simply having a comparatively slow morning before the hectic day begins, postponing school allows students to fully wake up before diving into academic material.

For many teens, delaying the school day for just one hour is a dream, and one that was so close to becoming a reality starting in the fall of 2021.

But the dream became a nightmare when California Gov. Jerry Brown vetoed the measure last week.

The push for a later start time at the middle and high school level has been a battle for several years. Starting back in 2014, La Canada Unified School District initially proposed the idea to California Senate member Anthony Portantino, who then took it upon himself to initiate the change.

In an interview with the Los Angeles Times, Portantino voiced his support for a later school start time by arguing that insufficient sleep among adolescents not only has adverse effects regarding academic success but also poses as a serious risk to teens’ health.

It’s no secret that students across the nation are extremely sleep deprived. In a 2015 survey conducted by Centers of Disease Control and Prevention, seven out of ten students in grades 9-12 reported they sleep less than 8 hours consistently in a typical school week.

The Granite Bay campus is no exception to this study.

“I usually get about six hours of sleep a night,” Senior Eric Liu said.

In an attempt to end or significantly reduce this phenomenon, Senator Portantino advocated  for all middle and high schools to start no earlier than 8:30 a.m.

Portantino’s efforts gained considerable progress, passing in the assembly last month. However, after advancing to the senate, the bill was vetoed on September 20th by Governor Jerry Brown.

“A late start would be beneficial for teens to fully wake up before the school day,” freshman Becca Nolan said.

“I was excited to be able to wake up later my senior year and I’m pretty disappointed that it’s no longer going to happen”.

Though many supported the idea of schools across California starting later, there were some considerable dissenters.

Teacher unions in particular opposed the late start time, arguing that individual school districts should have the power to establish a schedule that is beneficial for their specific communities rather than be obligated to follow statewide regulations.

Additionally, both coaches and students involved in athletics advocated against a later start. They insisted that practices would be pushed back—resulting in an overall longer day and less time spent at home with families. Especially in the winter when daylight is limited, starting practices later in the day would be difficult for teams at school without outdoor lighting.

On the other hand, some sports are disappointed with the outcome of the bill. Some athletes hoped that their practices would be switched into the new morning time slot.

“If school started late, I would prefer practicing in the morning,” said Joe Kennedy, a senior cross country runner. “It would be nice to get the workout done early, so I could have more free time after school.”

For now, the potential drawbacks to athletes and coaches of a late start have killed the 2021 policy.