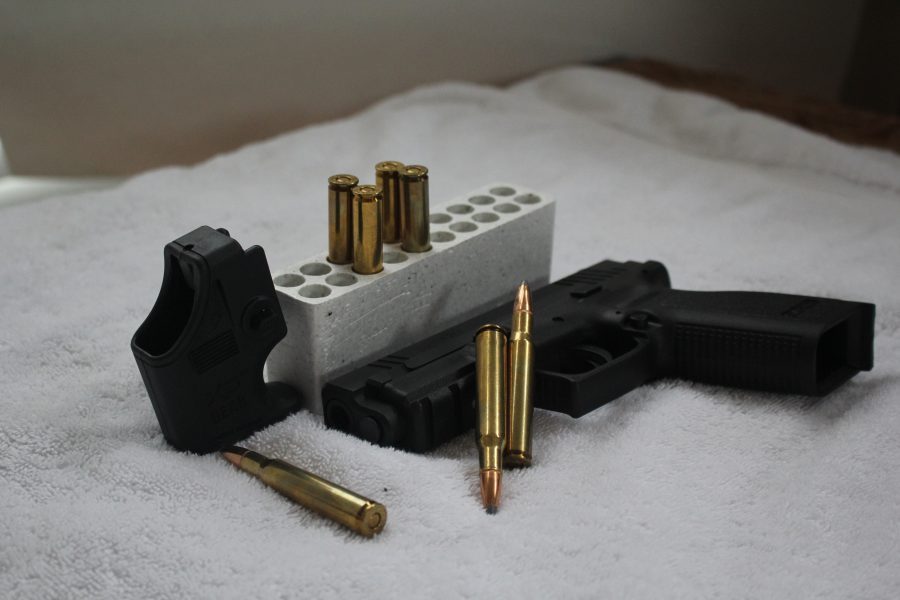 Considering the frequency of gun related deaths in America, it seems imperative that a solution be brought forth and universally agreed upon, lest another mass shooting shock people into deeper submission.

To find a solution, however, we must first find the root cause of the issue. Clearly, the issue cannot be with guns themselves. We, the people of the United States of America, were given the right to bare arms by our forefathers, and arguably, by God himself. After all, the second amendment was written to last forever, and therefore cannot become outdated.

As the old National Rifle Association saying goes, “the only thing that can stop a bad guy with a gun, is a good guy with a gun.” With this in mind, I will now propose a solution to this never-ending debate, as well as enumerate its many benefits.

At birth, every child will be issued their own personal firearm.

On the surface, legislation such as this would lead to a overtly safer America. Every man, woman and now child will protect themselves when faced with gun violence.

But its effects would not be ankle-deep. Arming every American would also reduce taxes and the need for public safety.

The government believes that police are more fit to protect you than you. I argue that an American has the right, nay, the responsibility to defend themselves and their family.

Currently, two percent of the national tax budget goes to law enforcement. If you were your own police, that two percent could go toward something more productive and less restrictive on American liberties.

These benefits would also extend to gun manufacturers. Every birth would mean one more firearm produced. As the children grow, so will their trigger fingers, meaning that a new gun will need to be purchased nearly biannually to fit properly in the hand of your boy or girl.

Guns could also be marketed at children with their favorite cartoon characters. This kind of cross advertisement could prove to be very lucrative for television networks and gun manufacturers alike.

One of the many hurdles to adulthood is becoming responsible. What better way to teach children of this virtue than by endowing them with the universal symbol of responsibility, the gun?

Gun safety courses would be taught in school along with the regular health and wellness classes, as to assure no accidents occur.

At recess, instead of going on the slide or money bars to let out excess energy, kids could get off a few rounds at the in-park firing range. They could then bond over their handguns, trading different attachments with one another.

To you I have laid out a simple plan which would be both effective and efficient. Evaluating the current state of America, it seems that arming every citizen isn’t just the smart thing, it’s the American thing to do.