Is Ebola Coming to Us? 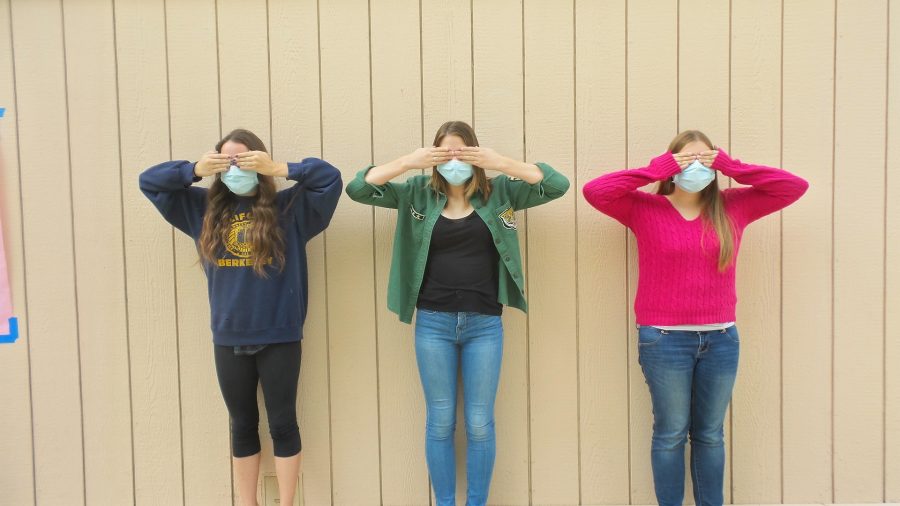 On Sept. 20, 2014, Thomas Duncan arrived into the United States to visit his family, but it wasn’t until Sept. 28 that he was put into isolation at the Texas Presbyterian Hospital in Dallas for being diagnosed with the fatal virus Ebola. Since Duncan’s diagnosis, several more people within the U.S. have been identified with having Ebola, including Nina Pham, a nurse, Amber Vinson, a nurse, Kent Brantly, a physician, Nancy Writebol, Rick Sacra, Ashoka Mukpo and, most recently, Craig Spencer, a physician.

In addition, two people in the Sacramento area are at risk for having the virus. Although they are not in isolation, they have been instructed to take their own temperatures twice a day and to keep in contact with the public health office.

“ In this country, the main treatment is going to be early access to medical intervention,”
Granite Bay High School nurse Jennifer Serrano said.

“It starts from a low grade fever, stomach cramps, diarrhea and then progresses into much more serious symptoms,” Serrano said.

Despite common myths, Ebola is not airborne. However, it can be transmitted through contact with contaminated objects, infected animals, or bodily fluids. Preparations have been made in local medical centers that will help eliminate the risk of the disease spreading.

“We are training thousands of physicians, nurses and other clinicians how to put on and remove personal protective equipment without contaminating themselves or others,” said Stephen Parodi, a physician who specializes in infectious diseases. “We also are doing simulation training at all of our medical centers.”

Serrano said Ebola is highly contagious because any kind of opening in the skin, eyes, or mouth can lead to
a transmission of the disease. According to Serrano, this is why there is “so much precaution.”

While not yet a local threat, the idea of contracting Ebola has been a concern that some students feel threatened by.

“People are saying that it’s very unlikely, but it’s still very real and it could cause great damage,” sophomore Joely Medina said.

This fear may be due to what is unknown about the disease. Because certain laws restrict doctors and specialists from disclosing information, the general public might be limited to selective information regarding the Ebola epidemic. According to a poll conducted by the Kaiser Family Foundation, only 36 percent of people surveyed were aware that Ebola can only be transmitted from one person to another once symptoms are present.

“My suggestion on things that you don’t know about is to learn about (them),” Serrano said. “Hopefully when you know those specifics … you can ignore the fear-mongering that goes with it and know that you know the facts.”

Although the cases in Sacramento have catalyzed a local concern, Serrano does not
seem to be worried about students becoming infected.
“People are so hyper-aware and concerned that I can’t imagine a student coming from West Africa feeling ill and being sent to school,” Serrano said.

However, this is not to say that people who have recently traveled to West Africa are to be restricted to that area. According to GBHS health teacher Kathie Sinor, a restriction such as this would result in an economic disaster.

According to the Office of the United States Trade Representative, in 2013 the U.S. imported products worth $42 million from Sierra Leone, $97 million from Liberia and $99 million from Guinea. Throughout the 2014 Ebola outbreak, these three West African countries have been the primary ones affected.

“If we totally shut down the borders,” Sinor said, “that affects the world economically.”

Sinor explained that Ebola has many facets and people need to look at the broader picture.

“You have to take a holistic approach,” Sinor said, “to solving and stopping the spread of the disease.”