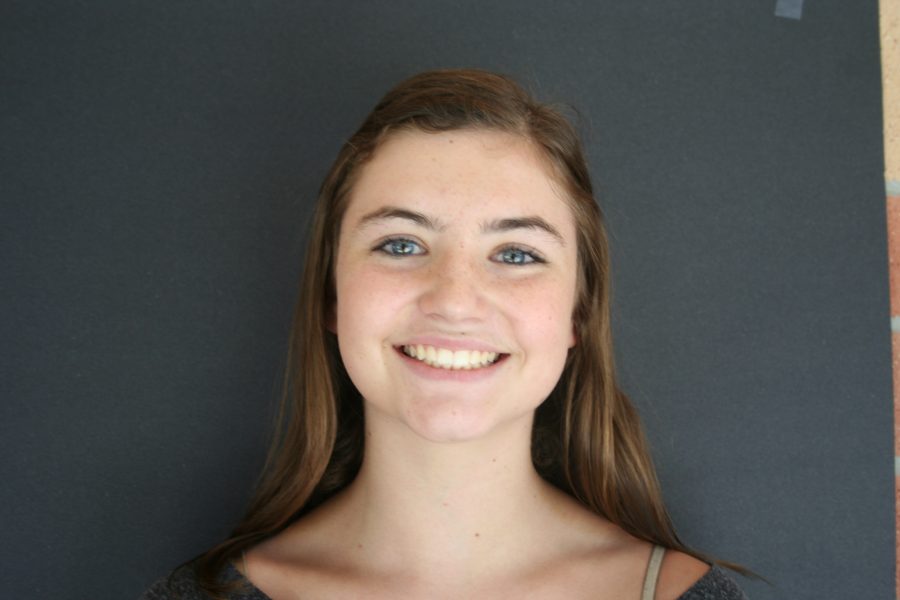 Few students at Granite Bay High School choose to graduate early to get a jump start in college athletics. But there are a variety of reasons why students choose to leave high school.

Emma Costigan, a senior at GBHS, will be graduating this fall.

“I was just ready to leave high school,” Costigan said. “…It gives me more opportunities to figure out what I want to do.”

Costigan says she is still planning on attending college next fall and has applied to several colleges.

Costigan said she is planning on using her time wisely by continuing her current job.

“I am working at the little bliss cakery and interning with a touch of understanding.”  Costigan said.

“Since I’m (majoring in)communication disorders, it will give me time to think about what I want to do.” Costigan said.

Communication disorders is the study of disorders that impair language abilities, speaking, hearing or normal communication.

Costigan said that she feels that she was done with high school and all of the classes she needed to take.

“I am just ready to leave, said Costigan. “I would just be taking pointless classes, so why not just figure out what I want to do.”

Some students decide to graduate at the end of their junior year also.

Sabrina Sabbaghian did so and said that it was a great choice for her.

“I didn’t have the best high school experience, so I was just ready to start a new chapter.”  Sabbaghian said.

Sabbaghian said that she started classes right away after she graduated and took no summer or off-time.

“I am currently attending classes at two colleges with hopes to transfer next fall semester.”  Sabbaghian said.

Sabbaghian is currently taking classes at Folsom Lake college and Sierra College and isplanning on hopefully transferring to UC Irvine or Hawaii Pacific University next fall.

Sabbaghian said that she was in a rush to leave high school and didn’t want to waste any more time.

“I was really eager to start (and figure out) what I was actually interested in.” Sabbaghian said. “I wanted to learn more about what my future consisted of, which didn’t include ceramics or biology class, or the Pythagorean theorem. It was definitely time for me to start something I felt to be useful.”

Sabbaghian decided not to walk on graduation day due to the fact that that class would not be her initial class.

Sabbaghian said that the process of getting to graduate early isn’t as hard as it seems.

“I just spoke to my counselor and told her my plans, and she helped me immensely.”  Sabbaghian said.

“(The) counselors are the best,” Sabbaghian said.  “Mrs. Cross really helped me through every obstacle in graduating early, and I could not have done it without her.”

Sabbaghian said that graduating early was the best decision she has made in her life.

“I am already so ahead of even my own agenda,”  Sabbaghian said, “I plan on graduating (college) by the time I am 20-years-old, and I’ve become very familiar with what I want I want my career to be.”

Sabbaghian is opening her own e-commerce website to sell her own clothes. She has also been working for her parents’ company, Lanset America Corporation,  a leading provider in information technology, consulting, and other services.

As for senior activities including senior sunrise and several others, Sabbaghian said she was not upset about missing them because of all of the other things she would get to do instead.

Kathleen Orchard, a GBHS counselor, said that she thinks that graduating early really depends on the student and their personal situation.

“There are many reasons why a student might want to graduate early. Graduating early can enable them to take advantage of various postsecondary and career options sooner,” Orchard said. “However, there is a concern that the student might have difficulty adjusting to the academic rigor of college level courses if that is the path they plan on taking.”

Orchard said the negative side for students that are graduating early is missing out on senior activities and events.

“They need to let their counselor know they are interested in graduating early,” Orchard said. “This can be done during registration advising in February, or anytime during the spring they can let us know. We will then discuss it with them…pros and cons…so that they know what is required and what to expect.”

Orchard said the counselors like to make sure the student and the parent knows the academic and social consequences of leaving early.

Orchard said there are multiple reasons that students choose to graduate early.

“They are going to a community college and want to get started on their coursework (is one of them).”  Orchard said.

Orchard said students also want to start earning good money and work full time, are not particularly worried about missing activities, or have run out of courses that they are interested in taking.

Also, students must write a letter to Mrs. Healy explaining why they want to graduate early. Some students who have gone through the process have said it is not as much as a hassle as it seems.

“If you’re on the fence about graduating early or not,” Sabbaghian said, “do it.”