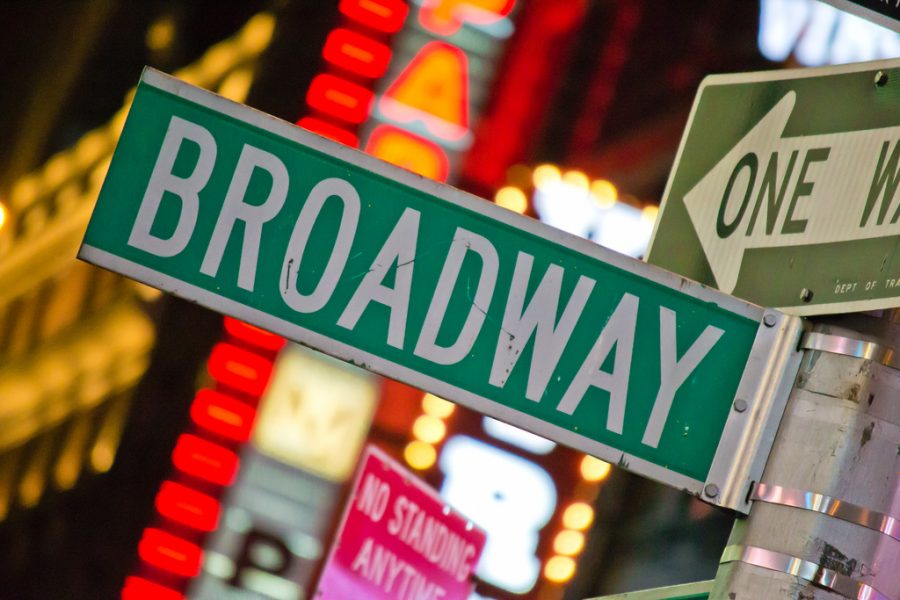 Kyle Holmes, adviser of the drama club, gathered several of his colleagues over Thanksgiving break to host a workshop at GBHS.

The theater program at Granite Bay High hosted an ActorsStudio workshop on Nov. 29 to reach out to passionate students who have an interest in theatrical arts.

“Periodically, (some of my colleagues) stop in and guest teach my classes,” Holmes said. “This time around, I have my friend Laura; She’s from New York on Broadway, and in the past two years she hasn’t been able to come back home here, and I wanted her to meet my students. Since it was over break, I thought about calling my other friends and doing a workshop here.”

Laura Hall, a professional actress on Broadway, was at the ActorsStudio workshop teaching song interpretation or, as she described it, a course on creating emotionally authentic performances while doing music justice.

“It’s a way for successful artists in El Dorado Hills to feel like we’re giving back,” Hall said.

Hall said her parents were very supportive of her pursuit in theater throughout her childhood.

“I started taking voice lessons in 6th grade, and kept doing lessons … voraciously,” Hall said. “I trained really hard in high school, and recognized just because you’re a big fish in a small pond, it doesn’t really mean anything, because the pond is actually a lot bigger.”

Not only is Hall accomplished in musicals, but she also feels comedy is her strong-suit.

“My niche is in comedy, and I’m being hired more and more to do comedy,” Hall said.

As a professional in Broadway, Hall had some advice for people who aspire to join the production industry.
“There’s equally rewarding work elsewhere to be found, but the community at broadway is great,” Hall said. “You’ve often got the best of the best working on the production.”
Other people in the industry like Spencer Williams were also there, teaching the subject matter they’ve focused on for much of their careers.

“I’m a director and producer,” Williams said. “I go basically from gig to gig and look for jobs, and go and direct those shows.”

Williams grew up in Omaha, Nebraska, and started performing at 10-years-old in the Omaha Community Playhouse, which is one of the largest community theaters in the nation with budgets of six-figures.

“I did that throughout high school, and toured professionally with a theater company when I turned (17-years-old),” Williams said. “I then studied theater in college and got out of school, (and) was lucky enough to get a job on a TV show.”

Williams now specializes in directing dynamic plays in which audiences get more of an interactive experience in the live production.

“The last two plays I’ve directed are more than just sitting in a seat,” Williams said. “(People) go to an experience where the audiences are on their feet, they don’t know what’s going to happen. It could happen in front or behind them. I give my audiences choice, so they get to interact with the play.”

Along with many drama students, a few alumni returned to visit some of the people who had previously taught in Holmes’s drama course.

“I started doing drama in 4th grade and acted at different theaters around the area,” GBHS graduate Perry Vargas said. “I know half of the people here, and they’re really good teachers.”

Vargas said he is proud to crave the attention received from performing in the theater and finds the program to be great for people who aren’t planning on pursuing a career in theater.

There were seven workshops available for a price of $50. Holmes said this was a steal for many reasons, and given the quality of the teachers, they could have easily charged hundreds of dollars to instruct the variety of workshops they taught.

“We’ve got a crash course in everything,” Holmes said. “They get seven 50 minute workshops for really cheap, these guys could charge $120 per person in reality.”

Although the participants were mostly drama students at one point, Holmes and Williams said the workshops are a great experience, even if one isn’t considering theater as a career.

“I would hope to inspire students here to look at something that is stuffy and bold and uninteresting, “Williams said, “and see how it can come alive in new and unexpected ways.”