Diving into the busy world of yearbook 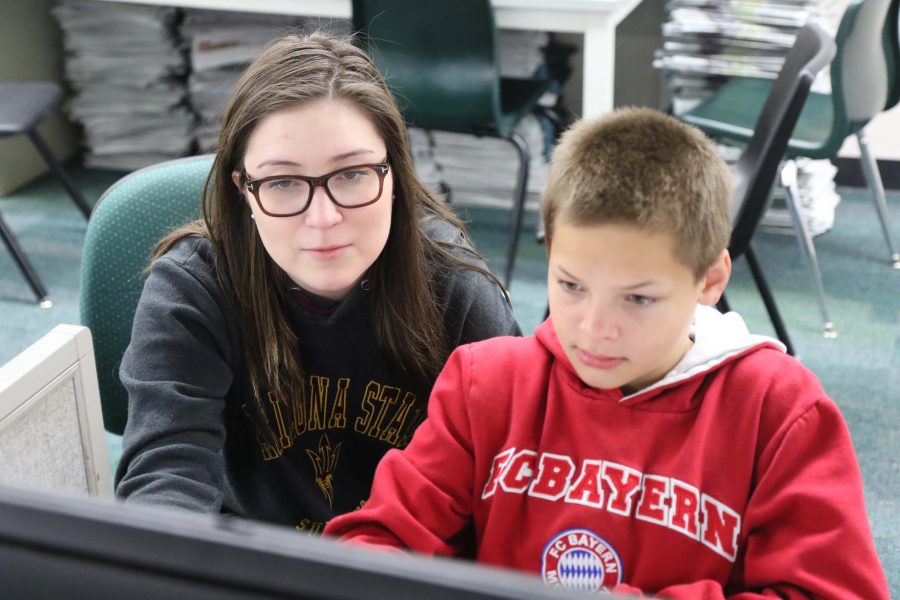 As course requests come in for the arriving 2016-17 school year at Granite Bay High School, the yearbook organization strives to create another award-winning book, yet something was odd on their roster – fewer staff members.

The editor-in-chief, Selena De La Torre, said fewer students are signing up for the class because of negative connotations.

“I’ve noticed that less people have been joining every year and it makes me sad,” De La Torre said. “It could be one of many reasons, like people choosing just (to take) photography, or we’re just not promoting it a lot in a positive way. It can be a challenging class at times but it’s a rewarding feeling getting the book done.”

MORE: Why GB doesn’t have senior quotes in the yearbook

Since the roster was cut short, De La Torre confesses that there have been some difficulties with deadlines.

“Some deadlines have not been met and it does delay us when we get another page assignment,” De La Torre said. “Whenever someone isn’t finished, we all pitch in to help in whatever we can to lighten the workload.”

With the final deadline soon approaching, the pressure seems to be rising and the organization has found ways to make it work so they are able to produce a yearbook to send to Dallas, Texas in the upcoming months.

“The deadline is March 25, but I don’t think numbers have changed,” said junior photography editor Isaac Noshka. “We knew this year that we were gonna have less people and because of that, Mrs. Cranmer made a decision to cut pages out of the book, which would make it smaller. It doesn’t affect it too much, but it does make things a little easier.”

Receiving complaints from students when the yearbook team asks for interviews, mugshots or quotes, Noshka said he believes that “most people really only appreciate once it’s there.”

Noshka said some people don’t realize all the hard work that goes into making the yearbook before it’s published.

“(Students) expect a yearbook but they don’t know the process,” Noshka said. “The things that we have to do might annoy them, but that’s (why) we have such a great yearbook.”

Junior managing editor Lindsay Withrow said designing a yearbook, especially with less students creating it, can make it difficult to contact students, but one positive is that it creates “a little family at a school.”

Although students may find it burdensome to be pulled out of class, it is a necessary process in making the yearbook come together.

“I’m sure students get annoyed with us constantly trying to get information and quotes from them, but it’s really necessary,” Withrow said. “So if they can just bear with us, it’s very appreciated.”

In the end, Withrow said all the interviewing and hard work will pay off.

“The overall outcome of the yearbook, I highly doubt will be affected,” Withrow said. “As I said, we are very efficient and time everything so that by the end, we have a yearbook that’s completed and that we’re incredibly proud of.”

For junior design editor David Goni, the hardest part will be when the seniors head off to college.

“I kind of have mixed feelings about the last deadline,” Goni said. “I’m happy that we’ll finally get to see the final product soon after the deadline is done… It’s sad because this year’s seniors are leaving, including our editor-in-chief Selena. It’s really going to be tough with her and others gone next year.”

Recruiting new yearbook members can be difficult, especially when fewer and fewer people are signing up.

“(I) believe (fewer) people have signed up for yearbook (because) everyone has a busy schedule, and people see how much work is put into the book and they don’t have the time to dedicate themselves completely to staying after school hours and work,” said junior assistant photo editor Pavlina Clem. “Or simply because designing, writing and photography just aren’t a part of their interest or potential career path.”

Overall, many members of the current yearbook family believe the end result is well worth the time and effort everybody puts in.

“It does get challenging and it’s a big commitment, but the amount of skill you learn and the friends you make, make it all worth it,” De La Torre said. “And the finished product makes it worth it as well! Hearing great feedback makes us feel great.”