A recent trend on Tik Tok encourages students to vandalize their schools, but this originally innocent trend has turned into a headache for administrators and custodians. 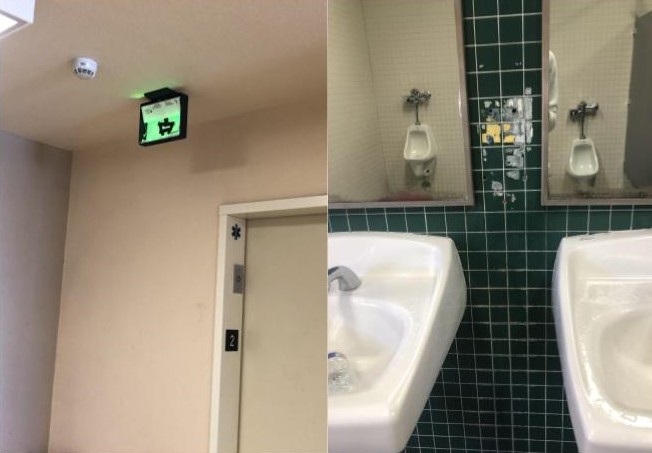 The newest social media phenomenon consists of something not so peaceful. Students at high school or middle school campuses have been destroying or stealing different items at their school.

This trend started mainly on Tik Tok and it has spread so nearly everybody has at least heard about it. It is being called the “devious lick” trend by teenagers.

“I think with all of the social media available to students these days, like Tik Tok, these ideas are put out there and young adults act on them,” night custodian Joe Cuneo said.

With new technology coming out all the time, it keeps teens all over more connected than ever. This can be good but also bad, as proven with this trend. It is much easier to spread the trend. There are not necessarily more bad trends, but any video now can get millions of views and catches on easier.

Some of these pranks are less harmful, such as taking a box of disposable masks. However, there are a few instances where students took much larger things that took it way farther than a prank. User @dtx.2cent on TikTok allegedly stole a hand sanitizer dispenser and amassed over 7.2 million views.

Sean Coontz, a sophomore at Granite Bay High School says, “On TikTok I saw someone drive off with a school bus.”

The school bus video hasn’t been proven legit, although there are other instances where students have gone way too far to get views.

There has been speculation how to deal with these students if caught doing this new devious trend.

Cuneo’s thoughts are: “I think if any student is caught destroying school property, they should be kept after school and assist with the cleaning of the school for a week or so.”

“Vandalism and the destruction or theft of school property is a serious offense,” Lisa Stanley, a vice principal at GBHS said.

“The student can also be reported to law enforcement for criminal investigation as well,” Stanley added. This “funny” trend has turned into much more and has made it hard on the school’s staff.

It is also important to get the student’s opinions that haven’t contributed to the trend.

“It depends on how bad it is. If you drive off with a bus you should be kicked out of school. If you take something like soap you should get a warning,”Coontz said..

Even though most students find this trend wrong, it can still be found funny.

“I think it’s funny but it shouldn’t be a thing,” Coontz said.

This means even though Coontz believes this trend should be stopped, he can still laugh at it. But, all students can’t be relied on to think a trend is funny and not act on it. So the question is: how are these criminal trends going to be stopped without taking away social media?

That question is still to be answered and there may be no solution. As for the adults who don’t have social media, they had to hear about this trend by seeing it with their own eyes.

Stanley first heard about it when “acts of vandalism began to take place on campus at GBHS.”

Cuneo first saw it all over the news, then several of the custodians mentioned the damage in the restrooms.

“On campus I’ve seen missing soap dispensers,” Cootz said. The main target has been the soap dispensers in the bathrooms, at least at GBHS. Other schools haven’t been so fortunate as there have been toilets, projectors and as already mentioned, a school bus.