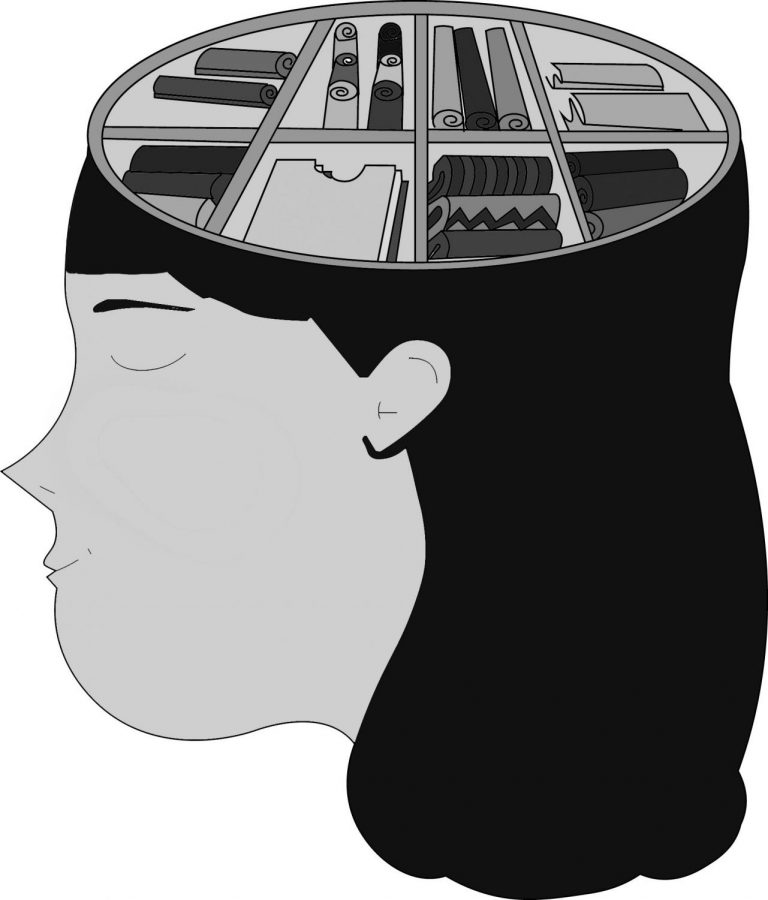 Marie Kondo's methods of organization have gotten plenty of exposure, and her new Netflix show is another venue to spread her ideas.

At Granite Bay High School, there certainly is a community of more affluent students.

Whether it’s outwardly clear from a brand new Hydroflask or real diamond jewelry, it’s clear that many students are comfortable economically. You can often even see it in students’ clothes.

But a student doesn’t need to be wealthy to have an excess of possessions. Anyone and everyone can have a hard time letting go of their things, whether they’re endless old t-shirts or out-of-style jeans.

However, there is hope for those who feel that they are drowning in their things. If one finds themselves surrounded by items they don’t really need but don’t know how to let go, they can turn to Marie Kondo.

Marie Kondo is the star of the hit Netflix show, “Tidying Up with Marie Kondo,” in which she teaches people and their families how to declutter their homes, and in turn, their lives.

The show quickly became popular, junior Cori Caplinger saying that, “I saw how much of an impact organization had on people’s lives and I really enjoyed it.”

In the show, Kondo has her own method of cataloging items, called the KonMari method, which involves separating things into categories.

By separating items into sections like clothing, books, paper, miscellaneous, and sentimental, Kondo aims not just to clean a person’s home, but their mind as well.

Kondo has recognized that people can often become overwhelmed by an excess of things, which is why she asks the people she helps if their items, “spark joy.”

While a simple question, asking, “Does it spark joy,” can drastically change how people declutter, forcing people to confront their items and determine what they actually need.

Often times, people hold onto things that they don’t have a connection to, but are attached to either way. So by deciding if an item actually holds value for a person, they can either keep it, or let it go.

“I like watching people have breakthroughs,” said Lynne Guerné, who watched and enjoyed the show.

“It’s interesting, all of their breakthroughs and their relationships with each other have to to with getting rid of stuff, and I think that’s very interesting,” said Guerné.

While the breakthroughs that people experienced on the show affected their loved ones, they were also extremely beneficial to the person.

In the first episode, Kondo visited a new family struggling to keep their life tidy. The mother, who largely contributed to this struggle, was able to figure out a way to live comfortably, without worrying about a mess.

This type of change is what is so inspiring about the show. To be able to tidy up in a matter of days with simple organization and the occasional folding, is very appealing, and many have become motivated to clean up.

Junior Hathamee Bensalem said, “I have so many clothes that I don’t wear at all, and I definitely need to get rid of them,” after having watched the show.

While there is no way to know exactly how well off Granite Bay students are, it’s safe to assume that a considerable portion of GBHS students like Bensalem have a thing or two that they could part with, but haven’t.

“I would say generally speaking people in Granite Bay have a lot of things,” said Guerné, continuing, “We have big houses here, and when you have big houses you have a tendency to fill those houses with things.”

Perhaps they could learn a thing or two from Kondo.

By following Kondo’s methods, Granite Bay students and residents could drastically change how their lives function, and how their wardrobes are organized.

While there isn’t anything wrong with having possessions that are greatly valued by oneself, problems do begin to arise when these very possessions overflow into a person’s daily life.

Kondo aims to solve these problems, and in a quite simple way. By compiling  all material items and deciding what will stay and what will go, a person can tidy their mind.

All they have to do is ask one simple question, “Does it spark joy?”