COVID-19 impacts annual Europe Trip for the Class of 2020

With the virus influencing the cancellation of events globally, the annual senior trip might not happen 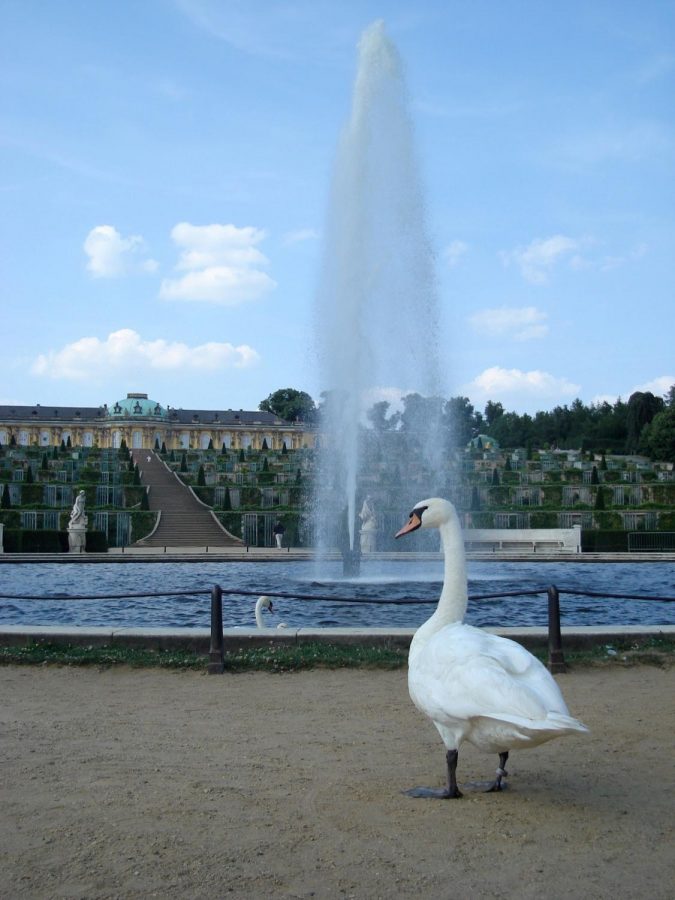 The long-term dream for many seniors to visit Europe, scheduled for June, might get shattered as the coronavirus continues to affect global travel.

The year 2020 rang in people’s ears for a reason. The year that was the end and beginning of a new decade. The year where many expected it to be their year. However, the new year didn’t even have a chance to begin when trails of a pandemic presented itself right under the world’s nose.

The novel Coronavirus, COVID-19, made its name starting in Wuhan, China, and continued to spread worldwide, and was finally labeled as a pandemic in early March by the Centers for Disease Control.

The virus not only caused massive school-closure nationwide and various activities like educational trips, sports competitions, concerts, etc. to be canceled, but it has also impacted the economy due to the fear of a recession. Nevertheless, the virus is affecting people worldwide with its changes and uncertainties, and high school seniors are certainly not excluded.

Since their second year in high school, sophomores are made aware of the Senior Europe Trip that Granite Bay High hosts annually. The anticipation and excitement of traveling to Europe are what had this years’ participation capped at its maximum, with around 88 seniors and 12 chaperones. This year’s itinerary included flying to Brussels, Paris, Rome, Athens, and then taking a Greek cruise to end the trip. The only change before the virus was the departure date moving from mid-June to June 1st. However, this might not be the case anymore as the Coronavirus may alter the tourist destinations or even cancel the trip as a whole.

“If we are going, our itinerary is going to change quite a bit. For example, we’re supposed to go to Italy, which is not a good place right now. We’re supposed to go on a cruise… Not a good place. Even Paris itself locked down… so you’re probably looking at a no go rather than a trip that’s certainly amended,” Mike Valentine said, one of the coordinators for the trip and Advanced Placement European History teacher.

According to Valentine, EF Educational Tours, the program that’s organizing this trip, have already released statements canceling all of their trips overseas in April. It’s only a matter of time before they send updates for May and early June.

“We’re in such unchartered territory. Nothing like this has happened…  Not just my teaching career but my life. We haven’t seen anything like this in 100 years, since the Spanish flu pandemic after WWI,” Valentine said. “There’s been no definite that it’s canceled, but they will keep in touch with us.”

Even though the trip’s execution is up in the air, the senior class is already having feelings of doubt and disappointment. Avani Singh, GBHS’s ASB president, is “devastated to know that another one of (their) senior activities is possibly going down the drain.”

“I picked up a job at Ding Tea to get extra spending money for Europe, but not only is Ding Tea not doing well due to Corona, but it may have been for nothing if this trip is canceled,” Singh said. “Europe is the place to be – … It feels like good closure to leaving everyone, and I just honestly was excited about 17 days of fun.”

The last time the group gathered together to talk about the trip was before COVID-19 reached the United States. The virus didn’t pose much of a concern then, so the meeting just discussed details on what to bring, where they were going, valid passports, etc. Now with California shutting down all schools until the end of the school year, no one knows what the precautions will look like if the trip continues.

“We’ll have to talk about this. It’s going to one of these things when we make sure we wash our hands and go through that kind of lecture… There will have to be precautions for sure, though, but we’ll see,” Valentine said.

Amidst all the chaos, there is one positive reassurance. According to Valentine, if the trip does get canceled, “the attendees that have paid for money (will) get all of their money back.” And for the ones who drop out early that “if they paid insurance, which is around $165, you for sure get your money back.”

“But, we had people cancel at the last minute on our trip, and they’ve gotten their money back. They just couldn’t go because something came up and literally within a week of the trip, they got their money back,” Valentine added.

Despite the confusion and frustration from how the world’s evolving with the virus, there’s one thing for sure: the health of others serves as a priority.

“I’ve been looking forward to this trip since I was a freshman, and since I always knew I really wanted to go on it, I also started saving my freshman year for it,” Emma Broers, another senior signed up for the trip, said. “My parents and I are very sad about everything going on… We hope things start to clear up so we can go on the trip, but more importantly, that people are safe and healthy.”