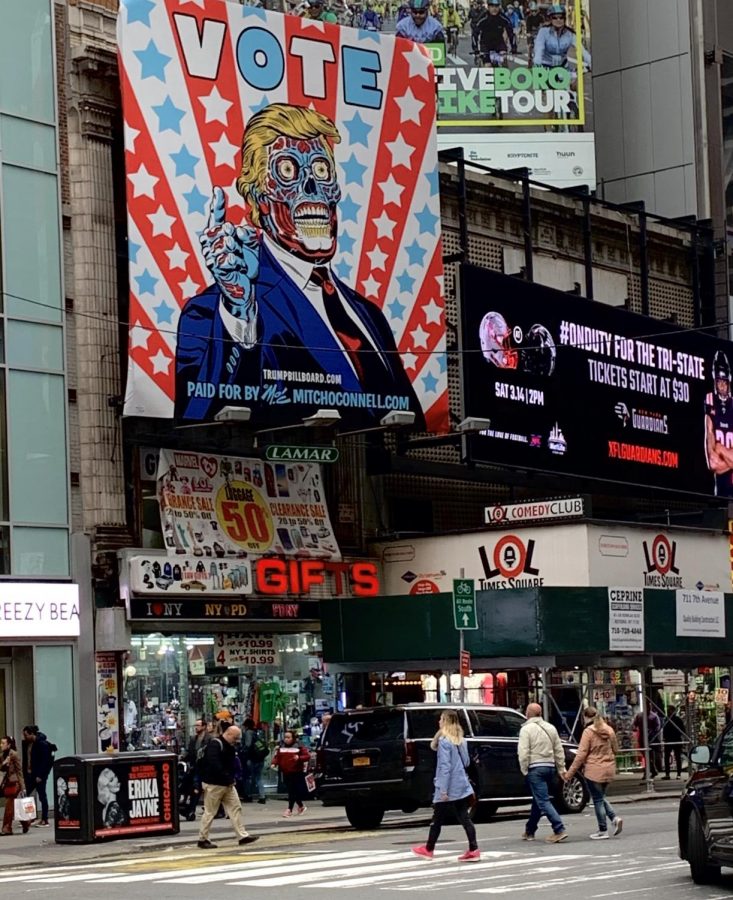 As election season begins, many Americans are being urged to vote.

Election season is upon us.
For Granite Bay High students, this is the first presidential election we are truly paying attention to. For a few of the seniors, this is the first presidential election they are eligible to vote in.
Despite the fervency that surrounds politics these days, I’ve never understood why so many conversations find a way to fall down the never ending rabbit hole of political debate.
One second you’re happily discussing your shared love for swimming, the next you’re angrily arguing over President Trump’s latest tweet.
For that reason, I have always avoided giving anyone I talk to a way to sneak in their political views throughout casual conversation.
I never could understand why being affiliated with an opposing party was such a deal breaker. At the end of the day, a lot of us have the same values, just different ideas of attaining them.
I started working for local congressional campaigns when I was 14, and while I don’t like discussing politics, I know that’s the only way we make change. The best way for us to truly enact innovation is to involve ourselves in the political process, not argue with others.
The most important avenue for action is also the easiest: voting.
Actually casting a vote.
It’s our right and a safe way to show your opinion.
People underestimate how important voting is. People can argue, scream and disagree all they want. At the end of the day, all that noise does nothing if people don’t vote.

I’m a bit biased, having shown my political activeness solely through working for campaigns. Nevertheless, it does so much more than a t-shirt.
I talk to voters every week, and giving them that personal conversation keeps them involved. It gets them to vote. Wearing that t-shirt with a campaign slogan on it is easily forgettable.
Having talked to hundreds of potential voters a month, I know all the excuses in the book for not being politically active. They don’t have time, they don’t think their input will count, or they simply don’t want to.
But then why is it that most people are so comfortable having conversations that lead to angry debate?
Do they realize they gain nothing but a bad mood from these political disagreements?
Change happens when we vote. Change happens when we become involved.
That’s the beauty of the government we designed after declaring independence from a monarchy.
Now that we have our shot, it’s time to become involved. We know what we want, so show it.
Go vote.
For people not eligible, go convince other people to vote.
Volunteer for a campaign.

Don’t end your ideas in a disagreement.
End them with making change.