Commentary: I thought he was my savior 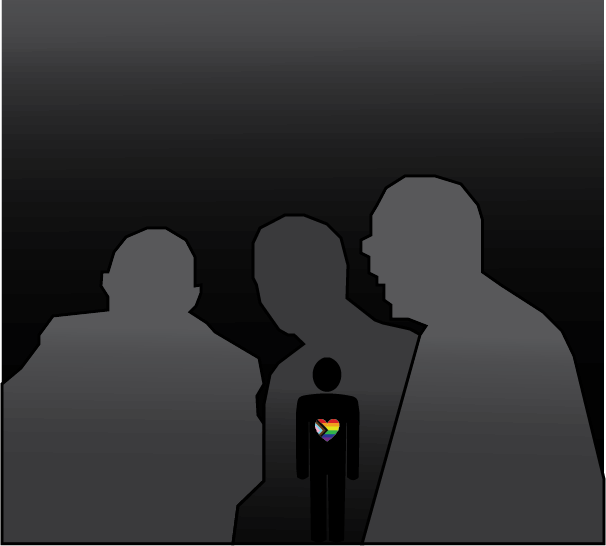 “I thought he was my savior.”

So did thirteen other subjects who signed up for therapy at Brigham Young University in 1976. Max Ford McBride, a graduate student in the psychology department, had released a study earlier that year and ran the therapy program that fourteen men, including playwright and actor John Cameron, believed would change their lives. So, twice a week for six months Cameron and the others went to the BYU Counseling Center, looking for a cure to their mental disorder.

Over three ten-second intervals, the men would receive an electric shock synchronously with certain images. The participants set pain levels for themselves. Cameron made sure to choose the highest level.

Though homosexuality was removed from the Diagnostic and Statistical Manual of Mental Disorders in 1973, the Church of Jesus Christ of Latter-Day Saints, which owns and runs BYU, continued to treat homosexuality as a “malady,” “disease,” and an “abominable and detestable crime against nature”.

The divine revelation received by the leaders of the church appears to have been changed to reveal that physically and emotionally painful conversion therapies and vicious words are, in fact, harmful.

But even now, church leaders continue to assert that “there are no homosexual members of the church,” because we are not defined by sexuality and “all of us have different challenges in the flesh.”

People aren’t defined by any one thing, sure, but… there are no queer people in the church?

Dissociating with a part of your identity has the potential to be very harmful. It can range from being self-aware but ‘selectively inattentive,” ignoring queer attraction, to separating queer attraction or transgender feelings completely from the consciousness.

Often, dissociation like this causes low self-esteem because it alters how a person sees themselves, and how they think other people perceive them.

Both being in the closet and coming out can be rotten. Either you hide—from yourself, or everyone else—or you face how people might react. For current and former members of the church that identify as LGBTQ, this resulted in 89.2% of adults in a study likely meeting the criteria for a PTSD diagnosis related to their religious experiences.

Not only do former and current LGBTQ members often suffer trauma at the hands of the church, but they experience higher levels of anxiety, depression, homelessness and suicide compared to cisgender, heterosexual individuals outside church doors.

Often referred to as “same-sex struggles” within the LDS church; leaders have said that LGBTQ feelings are not a sin—but for those who want to find fulfillment and love in a relationship or transition, that is a sin next to murder.

The church as a whole has never offered any love, compassion, comfort for the “struggling” same-sex attracted person certainly not including the countless ‘love the sinner condemn the sin’ talks, which implicitly call homosexuality a sin.

It’s never offered anything at all.

In August 2021, a member of the 12 apostles—the leaders of the church just below the Prophet—Jeffrey R. Holland gave a speech, part of which was about showing love and empathy towards queer people.

Like many others before him, he uses the term ‘same-sex challenge’ as a euphemism for queerness, but even so declares “unequivocally my love and that of my Brethren for those who live with this same-sex challenge and so much complexity that goes with it.”

He says also that he and his Brethren have wept for countless hours discussing the topic and what they “can and cannot provide the individuals and families struggling over this difficult issue,” because “push(ing) individual license over institutional dignity for very long” would cause divisiveness in the culture.

Such kind words! How unfortunate that empty tears and words without action leave them stripped of meaning. In fact, he goes on to say the the Church is opposed to taking action in support of queer people, condemning the pride parades that some BYU students were a part of earlier in the month.

He proclaims that demonstrations like this are wounding and divisive, asserting that “there are better ways to move toward crucially important goals in these very difficult matters — ways that show empathy and understanding for everyone while maintaining loyalty to prophetic leadership and devotion to revealed doctrine.” He confidently talks about the need to balance empathy and understanding towards the LGBTQ community without clashing with his religious values, because there are clashes between the two.

Six years before in 2015, the church along with other religious organizations filed an amicus brief, formal advice, to the Supreme Court almost immediately after Obergefell v. Hodges, urging them to reverse their decision on same-sex marriage because it “would harm religious freedom.”

Empathy and pride for the LGBTQ community somehow harms religious freedom, is somehow oppressive and divisive?

For queer people, there are no apologies, no reparations and no support; according to church leaders, the question of who’s accountable for the wounded LGBTQ members of the church will all be answered on judgement day. It’s cowardly.

Editor’s note: this story has been edited since the December 22nd print edition. There has been a parenthetical removed and added commentary.