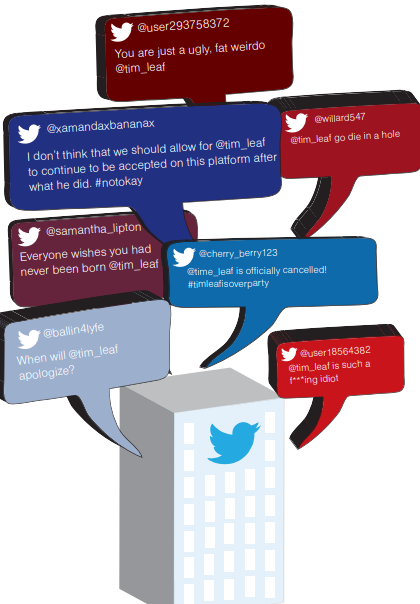 Cancel culture encourages the bullying and tormenting of people who, in most cases, simply made a mistake.

Cancel culture is by far one of the most dangerous trends ever created.

People can claim the practice is activism, but, to be quite frank, it isn’t about calling someone out on their mistakes and is instead an opportunity for people to abuse their freedom of expression to cyberbully.

What is bothersome about cancelling is it allows people to hide behind a screen and openly humiliate a person with the support of thousands, sometimes even millions, of users.

There is a difference between having a respectful and mature conversation about one’s wrongdoings and calling someone out in a demeaning manner.

It’s important to acknowledge the mistake and hold the person or company accountable for their actions, but it’s just as important to have a conversation.

At Smith College, Lorretta J. Ross held a class as a visiting professor specifically tackling the problem of cancel culture and a solution to the practice.

Ross suggested rather than cancelling someone, society calls them in.

What this means is holding a civil, productive conversation either openly or privately discussing what the person or company did wrong and for the perpetrator to learn from their mistakes and move on.

As a society, people should want to progress and move forward. Mistakes lead to growth; this is how the world develops.

However, in some cases, people do not want to own up to what they did and that’s okay.

“You can’t be responsible for someone else’s inability to grow,” Professor Ross said. “So take comfort in the fact that you offered a new perspective of information and you did so with love and respect, and then you walk away.”

If someone wants to be ignorant, let them be ignorant and the world will see their true colors.

It’s hard to know if what is being said online is true. We live in an emotionally driven world and this can be clearly seen in politics, it’s everywhere.

There are times when people provide valid evidence for their accusations, but soon after the truth of the matter seems to fade away when more and more people pile onto a situation with rumors and conspiracy theories .

People do not always rationally think, it’s about what they feel is true to them. It’s quite absurd that people are extremely open to accepting false information as reality when it fits their narrative.

However, I take into consideration that people want to belong to a group and it’s human nature to follow others. Everyone does it in some shape or form.

I’m not necessarily saying it is the cause but it is a factor. When we hear information that goes along with what we believe in, we naturally cling onto that knowledge and downplay anything that contradicts it.

With cancel culture, people are bound to be victims.

When you have over a million users on these social media platforms pointing the finger every which way, not knowing what’s true or false, there is always going to be room for error.

The disappointing part about cancelling is people use this as an excuse for their actions when they’re in the wrong. It’s giving power to the wrong people.

At Smith College back in 2018, student Onmou Kanoute claimed she was the target of racial bias when an on-duty janitor called security to escort her out a closed hall after Kanoute refused to do so when asked.

The situation was then blown out of proportion when Kanoute claimed the reason campus police were called was because she was Black.

She then proceeded to take it upon herself to go on social media and tell a one-sided story. What followed would be a disaster because she wanted to “cancel” the staff for doing their job.

People believed her story and supported her without hearing the full context of the situation. Janitors at the college received hate mail and hate calls as a result.

To avoid further racial backlash, the janitor involved in the situation was then put on paid leave. The janitor didn’t even have an opportunity to speak out before the college acted on the situation.

There has to be a point where people start looking at both perspectives of a perceived conflict instead of automatically cancelling someone without the full picture.

I’m also curious as to when cancel culture becomes acceptable and promoted in situations, where “calling in” isn’t the right way to go about it.

Like the Me Too movement, where a series of people including Harvey Weinstein were cancelled for sexual assault and sexual harrassment.

What came out of cancelling was an entire movement to support sexual assault victims. The movement itself is beautiful and I’m here for it, but was it the way to go?

How should these situations be handled when the consequences can be detrimental?

We simply have that productive, mature conversation to avoid these future mishaps. We hold them accountable and appropriately discipline them if the situation had a permanent effect.

As a society, we need to focus more on our future and normalizing the concept of teaching someone to learn from their mistakes. Everyone is human, it happens.