Commentary: After Beirut explosion, Lebanon still isn’t getting the help it needs 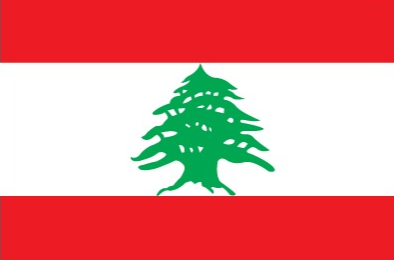 Lebanon, whose flag is pictured above, is facing the after-effects of a major crisis.

August 4, 2020, was the day that a massive explosion was heard around the world.

As a result of a factory explosion involving ammonium nitrate, Lebanon’s capital, Beirut, is facing major damage both economically and architecturally.

The catastrophe has left several thousands of people homeless and injured. Lebanese families are distraught and devastated due to the great amount of trauma they have had to suffer.

But how are people supporting and helping to provide aid to those who need it, and are they doing enough?

Granite Bay High School’s freshmen, Diana Ruiz Martinez, has her own thoughts and opinions on the matter.

Although she herself does not have Lebanese roots, she is extremely passionate about activism. She first heard about the news through social media. She was shocked and overwhelmed by the suddenness of it all.

“I felt as if I was the one affected,” Martinez said.

After the overload of emotions she felt she knew that she had to do something about it, so she along with many others donated to The Lebanese Red Cross.

Martinez believes that social media influencers should educate others on what needs to be done, rather than focusing their time and attention on trivial matters.

Instead influencers misuse their privilege. This may not affect them, but it does have an impact on others.

It is quite a sorrowful thing, because we as people should be empathetic to others who are faced with tough situations.

People who have the capability, power and fortune to donate, choose not to.

“When Notre Dame was on fire, celebrities were pushing us to donate because it is a historical building, even though nobody died,”  Martinez said. “But now that it is the Middle East … there is nearly complete silence. They are billions in debt, the least that can be done is some donations.”

Since the disaster occurred, Martinez claims to have pushed her cousins, friends, and relatives into contributing. Even just by signing petitions.

You may think, who is signing these petitions? Altogether, more than 300,000 people have taken part.

However, many of the people signing are 14 to 17 years-old rather than adults, which is honestly incomprehensible.

Are the adults that have a platform just talking about the petitions for their own benefit? Just for respect and publicity?

It can’t be concluded definitively that they are, but they are at least informing others on the tragic events in Lebanon.

While taking the advice of some of these celebrities, communities need to learn how to come together and assist those who need it. As of right now, Beirut needs it.

Despite the fact that more than 300,000 people are homeless and there is 10-15 billion US dollars of property damage, people still fail to recognize what is necessary. They would rather spend their time educating others on fashion trends when actual problems are taking place in the world.

It is insensitive to just ignore the blast.

So many families have been affected and changes should transpire as soon as possible.

“I would feel guilty to not use my voice at times like this,” Martinez said.