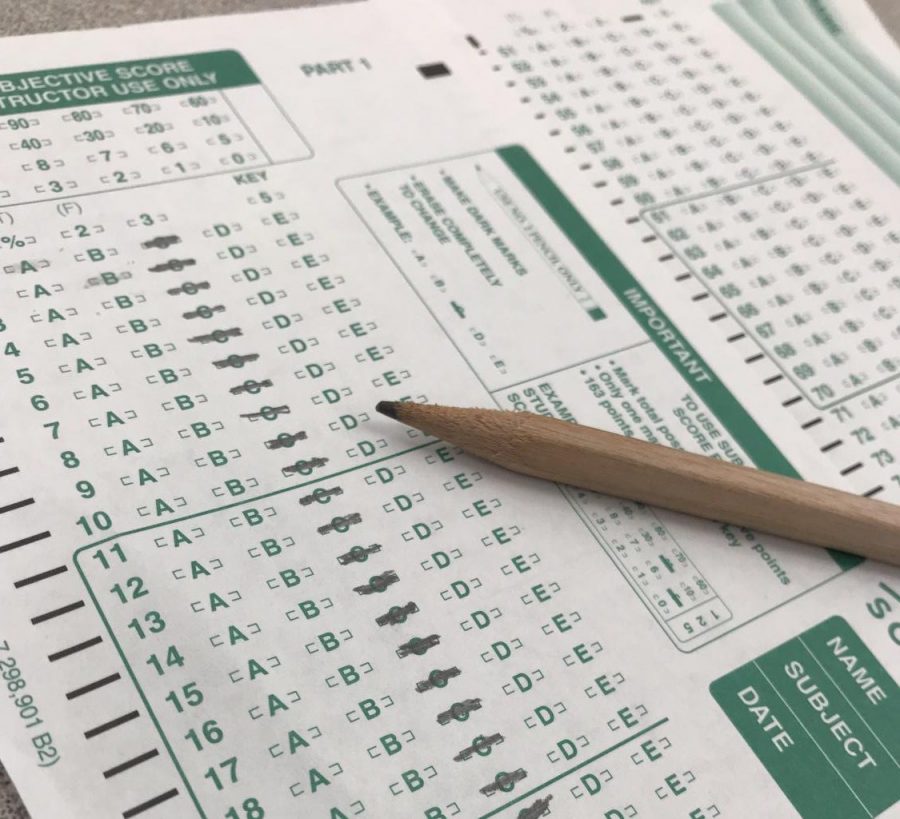 Standardized testing has been just another aspect of the high school experience for more than half a century now – the SAT and ACT were introduced in 1926 and 1959, respectively.

However, while these tests used to cause much stress and were considered to have a large influence on college acceptances, many colleges have begun to somewhat alleviate that pressure.

In June, officials at the University of Chicago announced they would no longer require a standardized test score to be reported by applicants. Though the school is certainly not the first to implement the change (other well-known schools like Pitzer College and New York University have been test optional for almost a decade now), the decision by Chicago marks the first time one of the highest-ranked schools in the country has gone testing optional.

The University of Chicago sits at No. 3 on the U.S. & World Report list of colleges.

“UChicago decided to go test-optional to give students the ability to choose how they are represented in an application,” said Jackson Mariotti, an employee of the University of Chicago Office of Undergraduate Admissions, in an email.

This paradigm shift stems from a recent program the university is implementing, Jackson said.

“The EMPOWER initiative is a series of programs launched by UChicago in order to provide greater flexibility in the admissions process for the sake of creating a level playing field for all applicants,” Mariotti said. “We have always felt that the best way to assess a student is to review them holistically. We look at every piece of information that a student chooses to send us in an attempt to determine what kind of student and person they are.”

Mariotti said the university’s timing for its announcement was calculated.

“The determination was announced in mid-June to make sure that students applying in the next cycle (had) time to understand the change and make an adequate decision regarding test scores,” Mariotti said.

The change was also directed to benefit a certain demographic.

“Most students are still intending on sending their scores,” Mariotti said. “This program really helps out those who might not have been able to afford tutors or classes for these tests. For them, this is a massive shift in the application process.”

Many high school students say they they agree that standardized testing does in fact benefit those who have the means to take test preparation classes.

Senior Yena Jang said she understands that her parents’ economic advantages have helped her when it comes to standardized testing.

“I was able to do four different test preps since my parents were able to pay for it, and it was just repeated practice over and over again,” said Jang, a senior, who was named a National Merit semifinalist because of her top-notch standardized test score.

Besides having the financial means, standardized testing also rewards those who take the test multiple times.

“I think the SAT and ACT offer too many opportunities to improve your score,” senior Nathan Giannini said. “There should be a limit on how many times you can take them, maybe two or three, because you aren’t necessarily smart if you just take it a bunch of times and improve your score. You just end up learning how the test works and can improve your score little by little at a time. People shouldn’t be able to retake the test over and over again, because it is not a true measurement of intelligence but rather work ethic.”

Some critics of the SAT and ACT also note that the exams are not necessarily the best representation of a student’s intellect.

“I think the SAT is like a patterned game,” Jang said. “I did well on my testing, but I think it’s not just that I’m smart but that I’m just good at … memorizing the types of questions and repeating them.”

“This is probably the unpopular answer, but I think the (SAT) does a pretty good job, to be honest with you,” said David Tastor, an English teacher who also teaches SAT prep courses. “It is high school level material, and the SAT has now given ample time for students to take the exam.”

Tastor recognizes the test is not perfect, but he argues it is still the best option.

“Some kids have time to prep, some have the financial means or non-financial means … and some kids didn’t sleep well the night before,” Tastor said. “There are so many different factors into what make a score. (However,) when you just look at what the exam is, it’s all stuff you learn in high school. If we (as high school teachers) are teaching students how to read carefully, no matter what course they’re taking, they should be getting ample practice for that. I don’t think there’s an alternative.”

Though some might think it’s unfair, testing does allow colleges to  differentiate between applicants.

Doing well on the test can also pay immediate dividends.

“The only reason I think (standardized testing) is good,” Jang said, “is because I got into the college I was talking to for golf because of my SAT score. My school liked my golf and my grades, but supported me more because of my SAT.

Although there is still an argument for and against standardized testing, some students fear a decision to withhold their scores might be held against them.

“Not requiring standardized tests doesn’t really help anyone because if someone doesn’t submit their standardized testing, then I feel schools will probably assume you don’t have a good score and mark you down for it,” Giannini said.

Also, some colleges might say they are test optional when in actuality it is only for a certain branch of the school.

“I would encourage you to look at the list of colleges that are going test optional,” Tastor said. “Some bigger universities are starting to do it, but they exclude all the big majors. If you want to go into the school of arts and sciences, it (says) it’s test optional – and then they list four different schools (where the SAT is required). Basically, you (still) need to (take the test).”

Test optional or not, the college application process will still remain relatively the same.

“I do not believe that (not requiring test scores) will change the admissions process in a large way,” Mariotti said. “(However, we did hear) students were happy to know that they were not defined by a single part of their application and appreciated the effort to de-emphasize the role of standardized testing.”