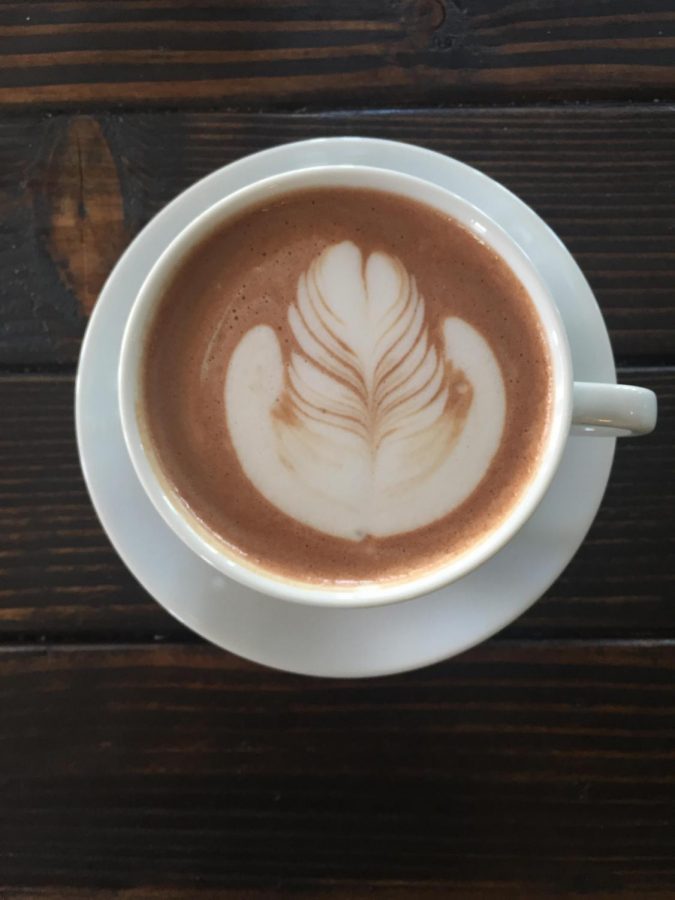 More and more teenagers are becoming addicted to caffeinated drinks as a way to combat fatigue and other issues that caffeine can help either relieve despite possible negative side effects.

Going out for coffee is a social event, a tradition shared between friends, family and co-workers. Catching up over an invigorating drink is a great way to spend the morning or even the afternoon.

However, more and more teenagers are using caffeine as a crutch to support them through late nights, piles of homework and sometimes just to stay awake in class. Teenagers are fastest-growing population of caffeine consumers, according to studies.

“I drink coffee every day,” senior Michela Smith said. “I usually feel tired and get a headache if I don’t drink caffeine.”

The unpleasant symptoms caused by a lack of caffeine draw students to drink more and more, fueling the problem. Common effects of caffeine withdrawals include headaches, nausea and of course, fatigue.

“I started drinking coffee in the spring of last year,” Smith said. “My consumption of caffeine has definitely increased from freshman to senior year.”

Other students agree that time and age have had an effect on their coffee habits. Another factor may be whether or not a teenager’s

parents regularly consume coffee around them..

“I used to drink coffee only occasionally during freshman and sophomore year,” senior Adrianna Healy said. “But I drink it almost every weekday now, especially during the cold months.”

Typically, upperclassmen rely more on caffeine compared to the underclassmen, possibly because of workload or sleeping habits.

“I think it’s being able to drive. I’ll be like, ‘Oh, I can just get Dutch Bros or Starbucks if I want’ because I can drive myself.” senior Emma Behnam said.

The accessibility of caffeinated drinks from places such as Dutch Bros or Starbucks encourages coffee and other caffeinated drink consumption, and many students are unaware of how much caffeine they are drinking.

A tall espresso-based drink at Starbucks contains just a single shot and a double shot for a grande or venti size. Both vendors are typically popular with Granite Bay High School students based on their proximity and marketing strategies aimed at the younger population.

“I get Starbucks or Dutch Bros at least once a day,” Behnam said.

Drinking this much caffeine per day may be harmful to teenagers’ health. Too much caffeine can prevent teenagers from getting enough sleep, which in turn affects physical health, mental health and educational performance.

“I’ve heard that (coffee) stunts your growth,” Healy said. “But I’ve been drinking caffeine for a while and haven’t noticed any changes, so I don’t really worry about it.”

Many students drink coffee or energy drinks for the taste or social image. Trying out new and trendy coffee shops can be a fun event for friends. Others purely use it for the energetic aspect, like a kick-start in the morning.

“I drink coffee because it wakes me up in the morning and makes me feel happy,” Healy said.

In proper amounts, coffee in the morning can provide a burst of energy essential to being alert in early first-period classes. However, too much dependence on caffeine can cause problems and lead to unhealthy habits and patterns.