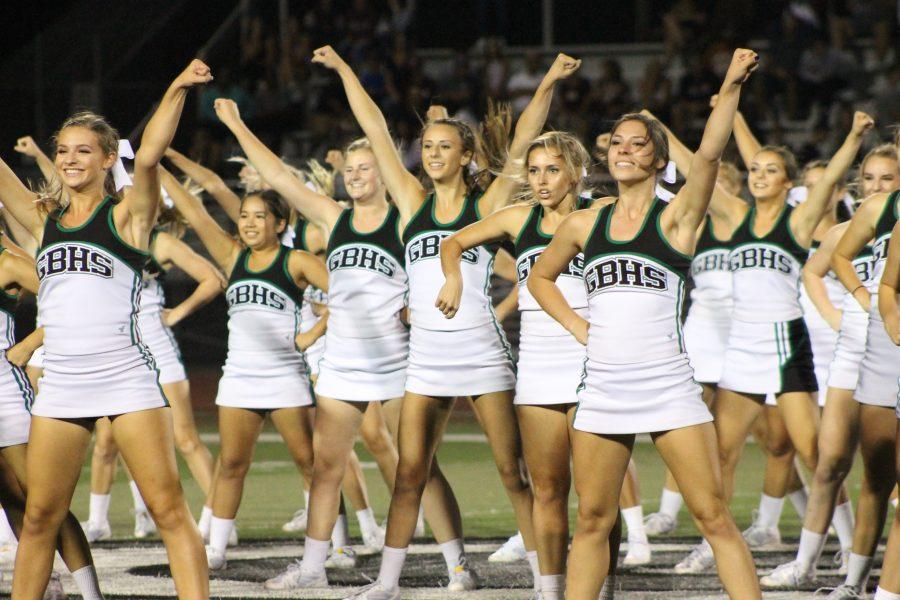 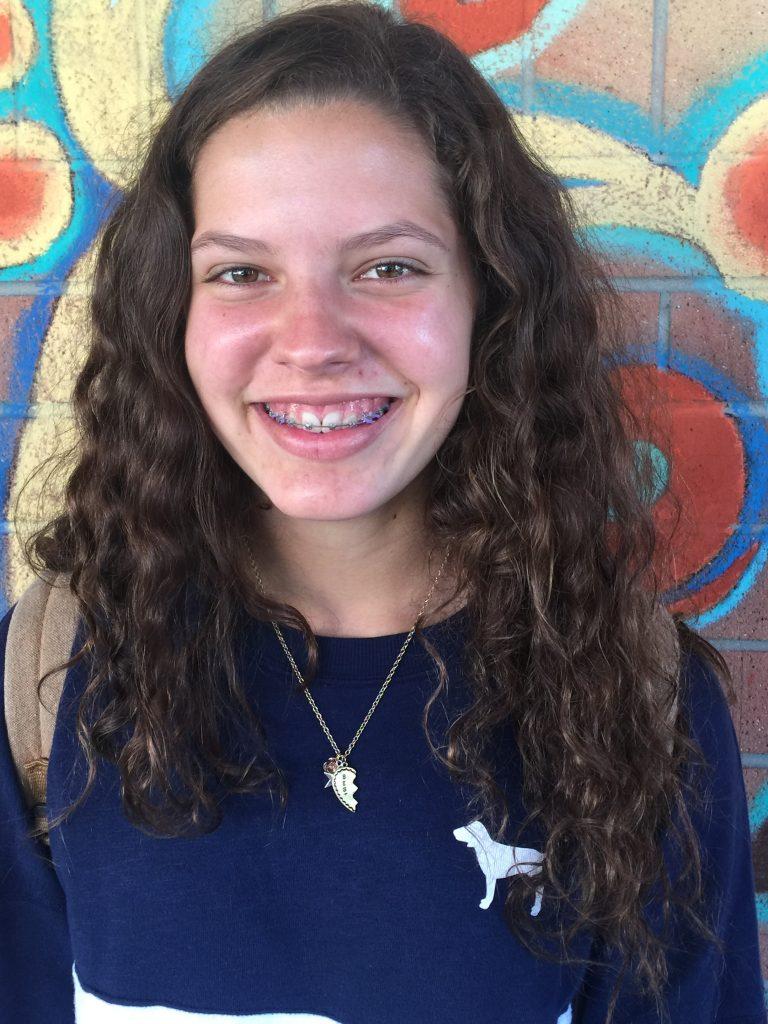 Freshman, Erin Larson cheers on the Grizzlies at the homecoming game, Friday October 21 to show school pride and spirit.

Cheers echoed across the playing field, as the crowd in the bleachers watched and cheered for everybody involved in the homecoming game on Friday, October 21.

Among the cheerleaders was Erin Larson, a freshman who wanted to do the best she could while cheering on the Grizzlies, as demonstrated through her performance at homecoming.

Larson was driven to do her best, she practiced with her sister Emily, a Cheer Captain, during the weeks before homecoming.

“I practiced at home with my sister, and she is a bit of a harsher coach on me, but that has made me better,” Larson said.

Larson was well aware of the amount of work that came with cheering, through the first-hand observations of her sister’s long hours of practice. She took pride in the work she did, to learn how to cheer.

Larson took lessons from cheer and used them to help shape each of her performances.

“I came into cheer and learned people skills and to be more confident when I get up in front of people. I don’t feel as nervous anymore and I feel like cheer has a part in that, because just being yourself in front of people and building your confidence, comes from cheering.” Larson said.

For Larson, her hard work paid off in ways she didn’t expect.

“I did have some doubts because my sister was hard on me.” Larson said. “But if you just keep working at it and you take that as something to push yourself harder, then you’ll work up your way to whatever they’re saying you can’t do and then you’ll get it!”