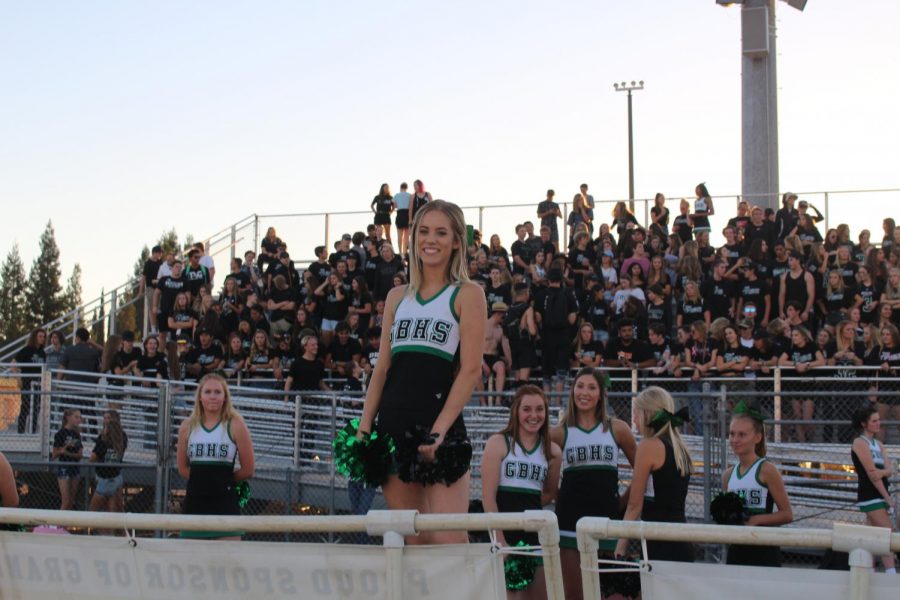 As the stunt season approaches, the cheer team is looking forward to a combination of fun and success. This year however, they won’t be leading chants at the end of the basketball courts.

When finding out about this news, many cheerleaders felt disappointed.

“I was kind of sad because it’s my senior year and it would’ve been really fun to cheer for basketball for my last year,” captain Michela Smith said.

The cheer team’s absence from basketball games may take away from the energy in our gym at gametime, but it will help them on their mission of winning in a season full of competitions.

There is no doubt that the cheer and stunt team have a very busy schedule during the spring as it is. Pushing themselves to practice for basketball games in the midst of their stunt schedule may affect their performance.

“Our coaches told us that they just don’t have the time. One is pregnant and if we want to do well this season we should focus on stunt,” Smith said. “I get that, and I wouldn’t want to cheer if we we’re gonna look bad.”

With this new schedule, the girls will be able to commit more time towards practicing for the upcoming stunt competitions, allowing them to improve their record from last year.

However, the freshmen girls may be missing out on memorable experiences.

“I felt a little disappointed because this would’ve been my first time cheering for the basketball team, but I understand why we can’t,” freshman Izzy Rocha said.

“If they do basketball season next year, they’re not going to know what they’re doing and the captain of the JV team next year won’t have any knowledge about how to call chants or what goes on during the games.” said Smith.

Regardless of what the girls wanted, the decision was ultimately up to the cheer coaches.

“I don’t think we had any say about it,” said Rocha.

While many girls wanted to cheer, coaches feel as if participating in both the stunt and basketball seasons has negative repercussions.

“We witnessed many kids suffering from burn out, overuse injuries and expressing how difficult it was to balance their grades on top of the two teams during the overlap from January to early February,” junior varsity and varsity head coach Bri Anganes said through an email interview.

The cheer team must adhere to the CIF bylaws that apply to stunt team, including dead periods, and out of season and eligibility requirements. The season also no longer begins in march, when the basketball season has come to an end, but rather in January.

Although the cheer girls might not love their new schedule, it will definitely allow them to succeed in the upcoming season.