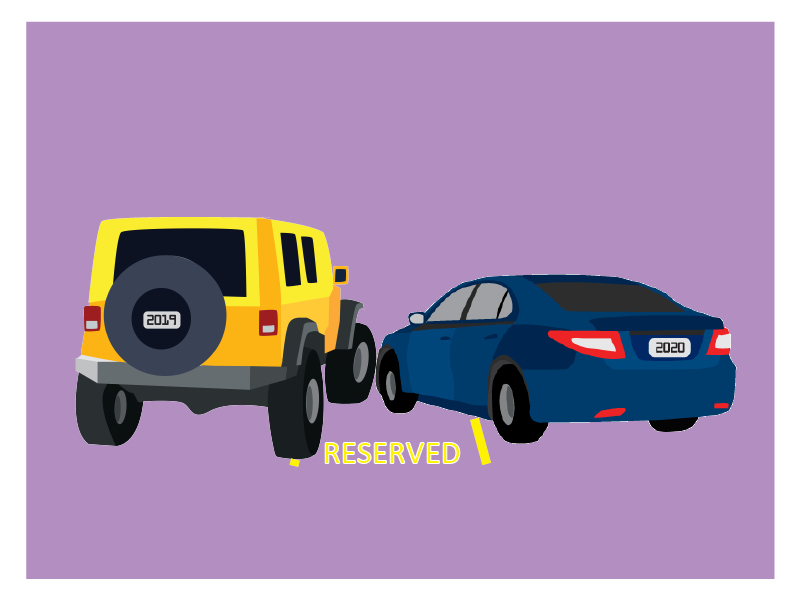 People have been heading on over to the drive-ins to see the featured movies of 2020, released during the pandemic.

The parking situation at Granite Bay High has always been an issue, but this year it has become even more of a challenge.

For more than a year now, the Roseville Joint Union High School District has been planning to install solar panels in the GBHS  parking lot.

“The parking lot (project) was supposed to have started (a year ago, but) the school district said ‘Time out… we don’t want to run into next fall while we’re doing construction,’” assistant principal Brian McNulty said. “So we planned it out.”

The goal was to have the solar panels built by the end of summer to avoid any problems with parking protocol during the school year.

However, because of a few construction complications, the project had to be extended into the start of the 2018-2019 school year.

“There was an issue with the steel girders that hold (the solar panels) up,” McNulty said. “It became a time-out, time-in kinda deal.”

Along with the steel dilemma, there were also strict guidelines that the school had to follow.

“Planning and building stuff on schools … in the state of California is very challenging,” McNulty said.

Even with all the mishaps, the administration has developed a parking lot protocol that allows both students and staff to still park at the school.

The back half of the main parking lot is for seniors only, and the north and back lots are designated for the staff.

However, with parking space limited because of the solar panel construction, juniors are not allowed to park in the lots at school anymore.

With all the changes, communicating the details became challenging.

“The challenge at that time was to communicate what was going on and (helping) the students and families understand what kind of (changes) we were going to do,” McNulty said. “(We also had to) help the staff get on board.”

As a result, the administration chose to send numerous emails to students and their parents before school started.

“The cooperation of the community has been awesome,” McNulty said. “Props to students and props to staff and teachers on site.”

So far, the reaction to the new parking system has been mostly positive.

Although the rules are different, many seniors say the parking situation this year has actually been better than years past.

“This year I can come later and still find a spot,” senior Nick Fisher said. “I haven’t had to park outside of the big lot yet.”

In previous years, there had been twice the number of students trying to find a parking spot in the main lot because it was available to both juniors and seniors. This resulted in students needing to go above and beyond to ensure themselves a place to park.

“I knew (last year) I had to get to school earlier to get a spot,” senior Madison Fitch said.

However, while seniors might be enjoying the change in the parking lot, a lot of the juniors are not so happy being left out of the on-campus parking mix.

“I have to wake up early now so I can park on the street,” junior Avani Singh said. “I’ve been waiting to park in the main lot, and now I am not allowed to.”

Since juniors are no longer allowed in any of the school parking lots, they have begun to park on the street or at Feist Park, a community park located near GBHS.

However, there are a select few juniors who have pushed the limits.

“I don’t get too mad when I see juniors in the parking lot, but I do get upset,” senior Josh Yeargin said.

Also, within the first two weeks of school, there was yet another problem with the construction of the solar panels.

On Aug. 20, McNulty was informed by the construction crew that the fencing on the lot was being taken down.

“They were going to move the fencing (around the construction zone) without telling us,” McNulty said. “(I) called the district office and asked them if they knew. Their answer was no.”

It turns out the construction of the solar panels has been postponed until Sept. 10, and in the meantime – with the fencing removed – the  administration has reopened the parking lot to everyone.

With yet another delay in the solar project, seniors say they are worried about getting a senior parking spot, a long-standing tradition at GBHS that can only happen once construction is completed.

“Senior spots are kinda a staple for seniors,” Fitch said.

For the moment, they will have to settle for the original regulations, once the fencing goes  back up.

Only after the construction in the parking lot has finished will parking go back to how it was in years past.

The only problem is that there is no given concrete date for when the construction will be completed.

School officials remain optimistic that the project will be finished by the end of the 2018-19 school year.