BARRETT ROBENHOLT: Sophomore, originally from Australia, already has worked a job and made memories at GBHS 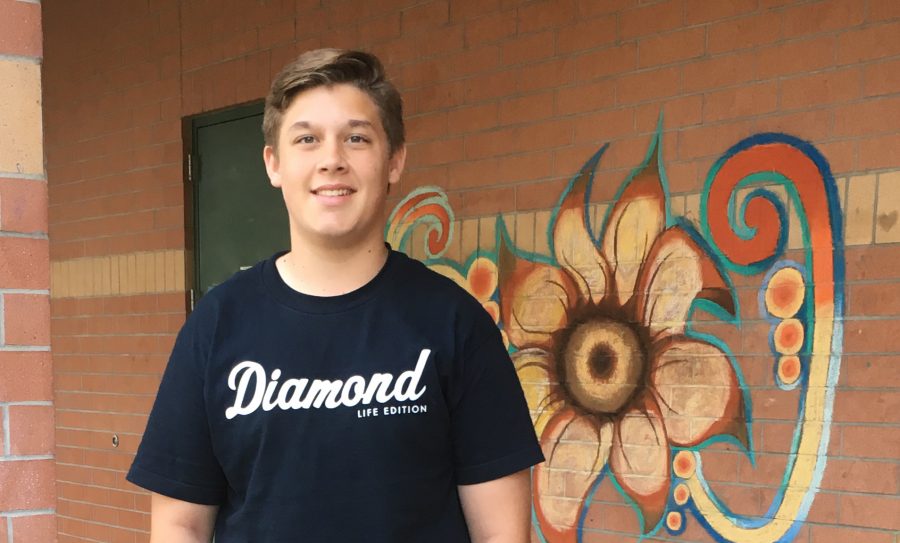 My Dad said my name came from a reggae singer, he thought it was cool that no one had that name..I’m not sure what singer because I don’t like reggae. My dad likes that music a lot though.

I play rugby, football, basketball. My favorite is football because I enjoy hitting people.  I’ve played football for seven years. My dad doesn’t worry about me playing because he’s a guy but my mom got scared when I continued to play after a concussion last year from hitting someone to hard. I play linebacker and defensive end…compared to my other school though practices here are long… The coaches are cool though sometimes they like to [make me angry] to encourage me to play harder. My best memory from GB football is probably when we went 72-0 in a game last year.

Something different about me is that I was born in Australia. I lived there for awhile when I was young. Mostly I remember the different animals there. My family moved to the U.S. because my grandfather was an engineer. He realized his profession could make more money here rather than in Australia, which is why we live in Granite Bay now.

Over the summer I worked at the factory my Aunt works at.  It’s a factory for cars that just moved shops…  I moved parts around for her. I made [around] $90 a day a couple times a week. It was cool, I may work there again next summer.

I enjoyed coming to Granite Bay because I got to see old friends. I went to Olympus then transferred to Kordova High unexpectedly to live with my mom, so when I came back people were surprised to see me. I came back because my parents would rather I go to Granite Bay. If I could change something about GBHS it would probably be the speakers at the rallies. It’s definitely hard but it just seems so rehearsed. I’m not sure if I would ever do that but I did like the brace yourself guy, Kevin Bracey I think.