Athlete of the Month: Ashlyn Hemphill 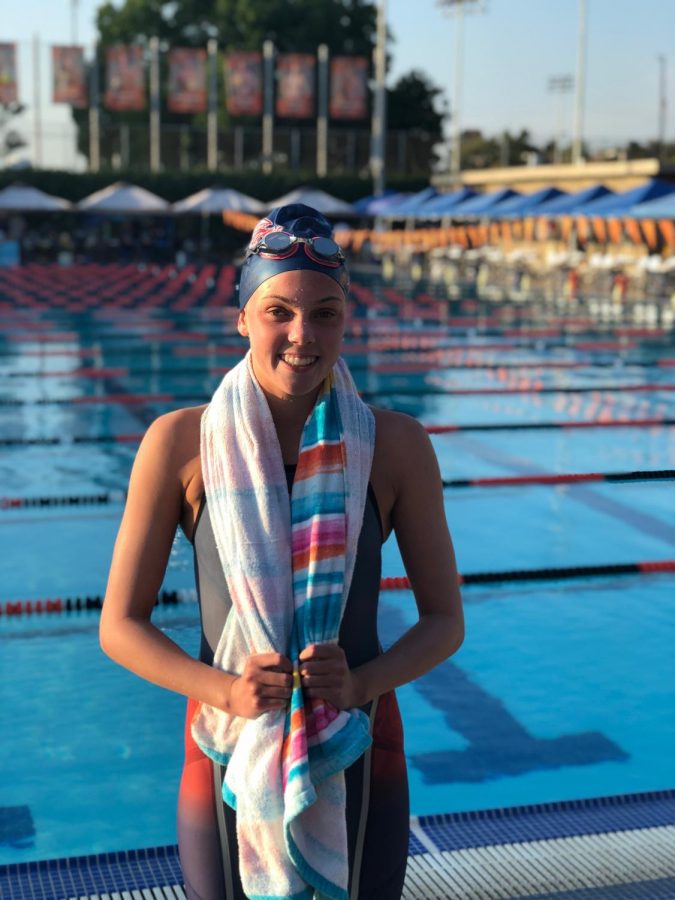 Special to the Gazette/GBT.org Hemphill Family

Ashlyn Hemphill, junior, works hard and dedicates a majority of her time to playing water polo.

From the age of just five years old, Ashlyn Hemphill has been playing sports. She became interested in water polo in fifth grade, and has been playing ever since. On the August morning that she began her first day of water polo, she realized that she would want to play it for the rest of her life.

Hemphill, a junior at Granite Bay High, has been practicing two and a half hours a day, five days a week in addition to meets and tournaments on the weekends, for six years and counting.

She is so dedicated to her sport that she chooses to practice over the summer and breaks, even though it isn’t required.

Hemphill even earned the  All-American title, meaning that she was picked as one of the top of her position in the nation.

“Being picked as an All-American player is my biggest accomplishment.” Hemphill said.

While she loves water polo, it consumes a large aspect of her life.

“(My biggest struggle is) balancing school, swim, and water polo.” Hemphill said. “It is also hard to find time for other stuff that I enjoy doing.”

Hemphill has to choose what classes are most important to study for when she gets home from an exhausting practice.

“My family and determination has really helped me balance my life,” Hemphill said.

Hemphill hopes to continue the sport after high school.

“I want to take water polo and swim with me when I go to college.”