Students share incidents of being searched on campus by administrative members 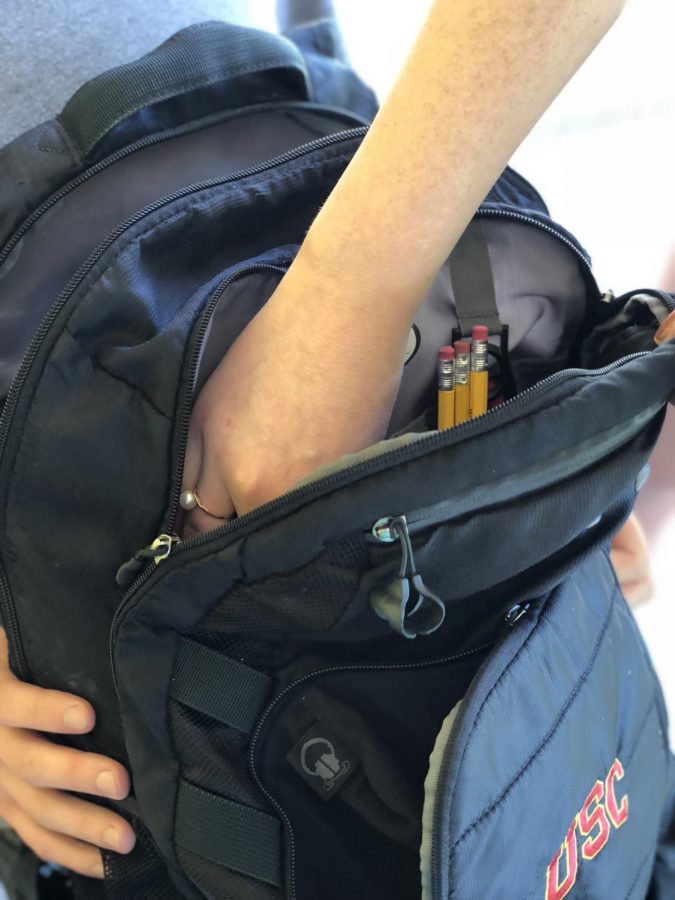 Drug searches among students at Granite Bay High have been on the rise and have sparked a backlash from students who have been searched multiple times throughout the year without authorities finding anything.

Students who are called up to the front office multiple times have concerns over why they have been called up, and they feel cornered at times.

Mauricio Acevedo-Ayala, a junior, has been called up and searched multiple times this year.

“I did not know that I was being pulled out of class, they sent (campus monitor) Jason (Ott) to pull me out,” Acevedo-Ayala said. “He takes my backpack and walks me down to the office. They stand behind you the whole time to make sure you don’t do anything.”

“We get into the office and I have to give my phone to them while they basically searched my backpack. They look for anything, they search all pockets. They search you, they pat you down and tell you to flip out your pocket, take off your shoes or show  your socks. They check your pupils or make you take tests.”

Jacob Valadez, also a junior, has  been searched twice this year.

“They took my backpack and phone,” Valdez said. “When I got to the office they explained why you’re here and ask if you have anything on you and when you say you don’t they proceed to search your bag and ask you what things are. They have called in a couple of times but they haven’t found anything.”

Administrators at GBHS have their own rules and guidelines regarding any student being called up based upon a reasonable suspicion of illegal or inappropriate activity.

According to assistant principal Jessup McGregor, students are not routinely called up into the office to be searched, nor are they targeted by administration.

“At any time the administration has a reasonable suspicion that a student may be in possession of prohibited items, we are charged with securing those items,” McGregor said. “Most often, we receive reports from students and teachers that they saw items or heard individuals discussing the use, sale or possession of items. This can be in the form of in-person, written reports, or via our online “report bullying anonymously” link from the school website.”

A junior girl who asked to remain anonymous has had multiple interactions with GBHS administrators involving drug searches.

“When I have gone up to the office, Jason [came] to pick me up,” she said. “The last time I got searched,  someone else took me up to the office and she took my phone. I checked in and there usually is a school assistant principal who calls (me) in. They’re usually really skeptical and treat (me) with less respect.”

Some students feel uncomfortable when administration don’t talk to them in a respectful manner.

“After they bring you into the office they make you take your shoes off and your socks,” she said.

School administration called the girl to the office because they said they had a video of her engaging in illegal activities, but they did not disclose the video to her or her parent.