Apex Legends: EA’s Battle Royale Still Holds up After a Year on the Market 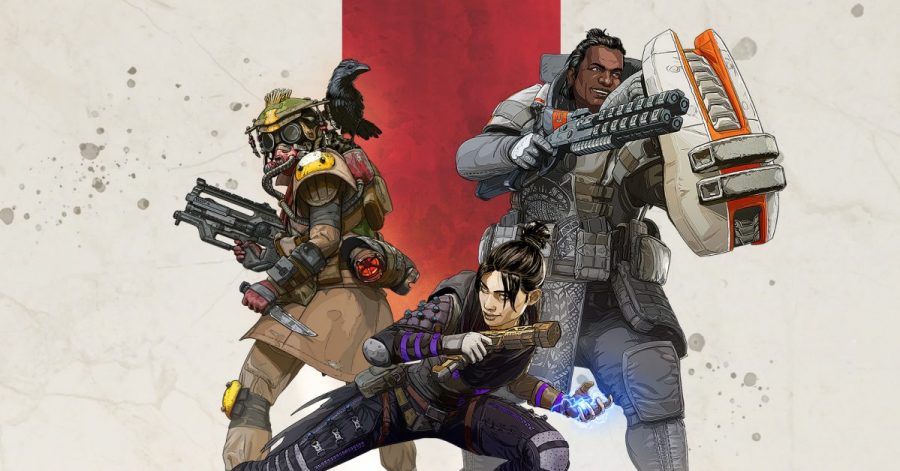 Initially released in March of 2019, Apex Legends was developed by Respawn and EA as a free to play battle royale.

While it may seem like just another 2017-2019 battle royale, Apex separates itself from the pack by introducing unique characters, referred to as legends in-game. At this time, players can choose from 12 different legends, each with their own unique abilities.

The game is fast and fun, incorporating a new slide mechanic which allows players to slide down hills and evade gunfire in new and exciting ways.

Most of the weapons in the game are hyper-stylized interpretations of real-life guns, while others are completely made from scratch by the developers. All have multiple attachments and hop-ups, allowing the player to customize their weapons in any way they choose.

Currently, there are three maps available for play: King’s Canyon, King’s Canyon After Dark, and World’s Edge. World’s Edge isn’t terrible, but it feels overly complicated and confusing at times, where King’s Canyon offers distinct locations with traits and features unique to them.

Players can choose between three modes: Trios, Duos, and Ranked Leagues. Trios and Duos are pretty self-explanatory, but Ranked Leagues offer a more gratifying experience. The player levels up through three tiers: bronze, silver, and gold, each containing four sublevels. As the player progresses, they are matched with players in their same tier, providing a challenging but fair gameplay experience.

However, the player is at the mercy of EA’s servers, which have been known to have issues from time to time. Like any other online game, the player’s internet connection plays a role, but oftentimes EA’s servers will just not work.

Another quirk some may find annoying is their teammates, which admittedly doesn’t fall on EA or Respawn but is a part of the game nonetheless.

Even after a year on the market, Respawn has found a way to keep Apex Legends fun and interesting with new seasons and content and is definitely worth checking out during shelter in place.