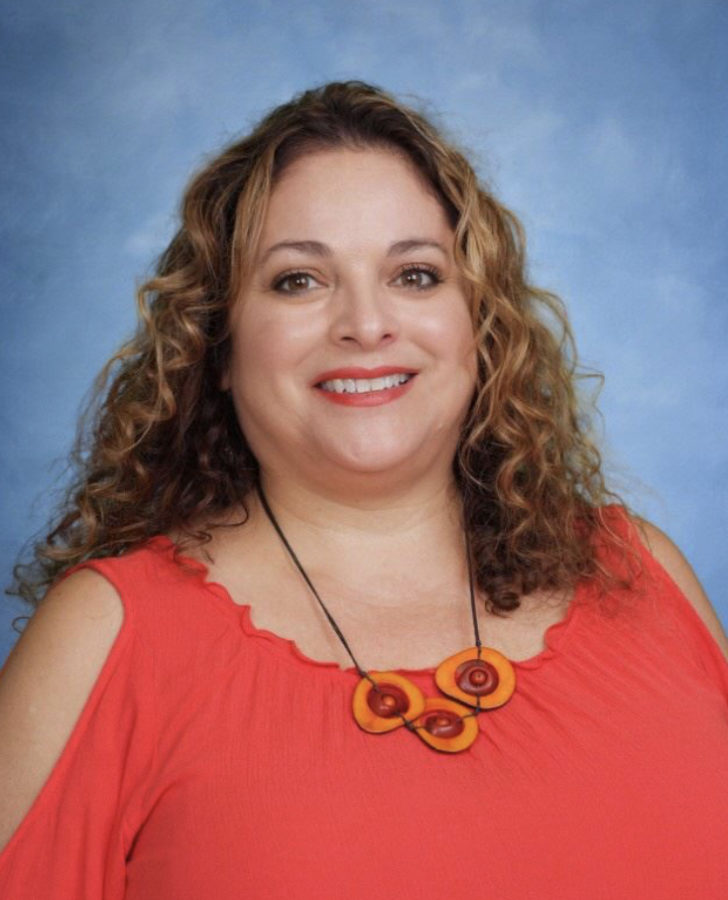 Gonzalez teaches Spanish 3 and IB Spanish classes, both of which incorporate valuable cultural lessons and reflections throughout the year.

Her favorite tradition- the chalk murals she did for years with her classes to learn about different Hispanic artists and classic images, while creating art for the school to enjoy.

While Gonzalez continues these lessons during Hispanic Heritage month, she also enjoys learning from other presentations and events throughout the month.

“I’ve noticed this, this year…in the evenings on Channel 40 around 7:30…there’s about a half an hour dedicated exclusively to someone in the community or something Hispanic related and so I’m learning stuff every day.”

The news source featured various artists and local Hispanic business owners, which Gonzalez hoped others learned from as well.

One lesson Gonzalez realized not everyone knows is the separation between Cinco De Mayo and Mexican Independence day.

“I’m always learning new stuff and I feel like that I hope that they, at the very minimum, recognize when we actually celebrate ourselves and our separation from Spain, but also that they just learn a little bit more,” Gonzalez said.

The end of Hispanic Heritage Month is also something Gonzalez looks forward to every year, as it indicates that Dia De Los Muertos, or Day of The Dead, is quickly approaching.

Growing up, Gonzalez’ favorite holiday was Dia De Los Muertos, which is celebrated the first few days of November.

“It was my best friend’s holiday,” Gonzalez said.

The days are a time to remember family members and friends who have passed on and one’s ancestors.

Though the holiday has religious origins, the popularity of it today is very mainstream, and part of that is reflected in the decorations and festivities associated with the celebration.

Gonzalez’ room is as festive as it gets, and she dedicates space to feature pictures of her family and the friend, who passed away 10 years ago, who so much loved the holiday.

Dia De Los Muertos has joined many other Hispanic cultural traditions in mainstream media in the United States, such as in the movie Coco.

This recent expansion, seen in Hollywood and the growth of Spanish music, encourages Gonzalez who remembers many stereotypes and poor representation in the recent past.

“Hispanics were either the villains…and so it’s been a long time to change the idea of who we are, and stop stereotyping us,” Gonzalez said.

Each year Gonzalez sees improvement, which is the goal of Hispanic Heritage Month.

“I wonder if those people feel the same sense of pride as I do, because I know for me it touches my heart,” Gonzalez said. “I’m proud to be a strong Latina.”