A look into Granite Bay High performing arts during the pandemic 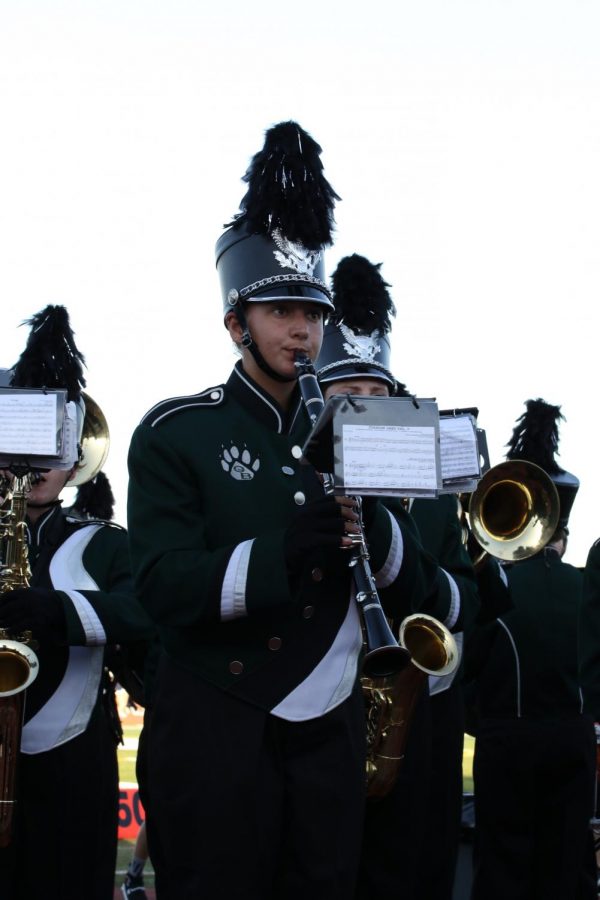 Since March 2020, online classes have changed the way students in the performing arts programs function.

They’ve had to adjust to Zoom, and new ways of performing. How have performing arts students and teachers throughout the country adjusted during this hardship?

Some schools are considering going into hybrid learning, which has potential to be beneficial to students and teachers.

School districts around the world are coming up with strategies to try to get schools open again.  Some students don’t feel it’s safe.

Theater student, Mason Caserta, has been staying in touch with the theater community. The students are staying very positive and loyal to the theater program.

“Theater is handling the quarantine well. (We are) educating ourselves on background aspects of theatre, analyzing pieces and keeping in touch with the community. We are all patiently waiting to see how a future production will look post-COVID,” Caserta said.

Other programs haven’t quite fared as well.

As for the Granite Bay Emerald Brigade marching band, the amount of musicians has dropped dramatically due to the changes brought on by the pandemic.

“The band participant drop is unfortunate, but understandable given the current circumstances,” senior and Emerald Brigade president Jake Russell said. “A lot of people were worried with the uncertainty of how the school year would be handled so they left, but we are hoping for an increase of numbers when school starts next year with an influx of students who want to come back.”

Band director Lynn Lewis justifies the drop in participants by acknowledging that band participants around the country have dropped. She is grateful for the students that she has now.

“On average, every high school band program in the country has lost 30% of its students due to the attempt of doing band online,” Lewis said. “It’s really just not the same.”

Currently in GBHS’s band, there are about 100 students, which is around 20% less than usual.

“The students that are here are dedicated, committed and are the best ever,” Lewis said.

Other performing art programs, such as Granite Bay High’s choir program, are having an easier time adjusting during the pandemic.

“Although the circumstances aren’t ideal, especially for a choir, we’ve been handling it pretty well. It’s been different not being able to sing our sheet music like we usually do,” Montano said. “However, everything still feels familiar with how we do our daily warm ups, get to know each other through projects, and practice music theory through various websites and videos.”

Most of the choir students have stayed in the program, and they’ve gained some new students as well.

To keep being successful, they’ve been taking new approaches towards performing at their best.

“We warm up and rehearse over zoom, and then send in recordings of ourselves to Mrs. Peeples,” senior choir member Colby MacMillan said. “We still try to keep the community together through social media and talking over zoom before/after class, which has made this experience a lot easier to adjust to.”

Choir director, Susanna Peeples, has noticed her students have been adapting well during the pandemic.

“In choir we are adapting by doing more virtual choir projects,” Peeples said. “Students record themselves singing (both video and audio recording) with their phones or chromebooks, and then I put them together later. I have had to become a video/audio editor for sure.”

More people have entered the choir program than Peeples has ever seen in her entire time of being at GBHS.

“For right now, we have 35 members in our choir this semester, but in the spring so far we have more students signed up than we’ve ever had in my time at GBHS,”  Peeples said.

GBHS isn’t immune to the effect of the pandemic, and while in some instances it’s suffering, the outstanding performing arts programs at GBHS have found new ways of thriving together.