Good journalists carry their integrity just as often as their notepads 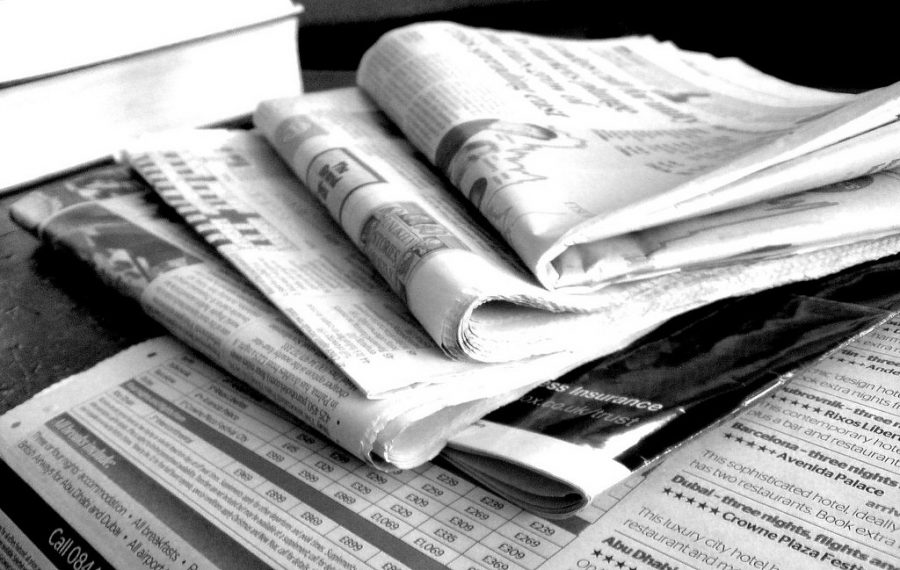 Jon S. via Flickr, Creative Commons license (CC BY 2.0) , no changes were made

In recent years, journalism seems to have gained a bad rap. There are journalists out in the world who act in such a way that is more akin to paparazzi — this is fact, and the plain and simple truth.

But also worth considering is this: How was the public informed about the Charlottesville violence in August? Through which medium did the public find out about the recent and devastating Vegas shooting? When and why did Kaepernick’s silent protests become such a controversial and heavily discussed matter? What is the force that creates and encourages a platform for such needed discussion?

Many agree that the answer to these questions is also plain and simple, watered down and indisputable — journalism.

Recently, a video interview circulated depicting a Hurricane Harvey evacuee visibly distraught and appalled by a reporter’s audacious decision to approach her and her trembling, blue-lipped son in such a time of despair.

Such footage begs a bigger, broader question: What are, if any, the limitations of journalism?

“I don’t know if there are necessarily lines that shouldn’t be crossed in the journalistic world, but I think it is situational,” Granite Bay Gazette News Editor Will Anderson said. “A great journalist is someone who understands a scenario, not only in reporting and interviewing. The journalist is able to recognize the topic he is tackling and (figure out how) to go about (it).”

“Basic ethics (and following the) unspoken rules of doing the right thing” make it so journalism is essentially boundless, Granite Bay Gazette Co-editor in Chief Katie Cologna said. “A good journalist (is) somebody who really wants to tell the truth.”

Both Anderson and Cologna established their concurrence that visibly sensitive situations must be approached empathetically to ensure the comfort and trust of both interviewees and the general audience.

Anderson does, however, believe there are some exceptions — instances that are blatantly wrong and to be avoided.

“Exploiting someone or misrepresenting someone” is always an indicator of ill intention, Anderson said.

Across the media and in films, journalists are widely portrayed as overwhelmingly persistent nuisances to the public. Such a portrayal has undoubtedly disturbed many honest and hard working journalists.

Mckenna Aram, co-editor-in-chief for the Granite Bay Gazette, expressed discontentment for the stereotypes attributed to journalists.

“I think a big problem today with news sources is that people only listen to what they want to hear and it just enables their views more,” Cologna said. “MSNBC (and) Fox News are polar opposites, (and) I don’t really look at (them) as (places) of true journalism. (They aren’t) unveiling new things or challenging your thoughts, (they’re) just enabling them.”

Aram voiced that “good” journalism is honest and not written to appease the public’s pre-existing beliefs.

“Journalists are actually getting the real story out there, and a lot of the time it’s not pretty. It may not be what Trump or other politicians want to hear and that’s probably why the stigma surrounding (journalism) exists,” Aram said.

The term “fake news” itself is not easily defined, further heightening the complexity of the issue.

“I think there is such a thing as ‘fake news’, I just don’t think it’s being used in the right context,” Cologna said. “Fake news is inaccuracy — something like plagiarism.”

Still, journalists do not have complete control over what is published. Feedback of an article is gauged by public response and reaction. Most probable to gain popularity is polarized news, thus the influx of radical publications.

“What (journalists) are being ridiculed for are main stories (that) might contradict what people want to hear,” Cologna said.

“What circulates a lot of the time is the most extreme of things — either the very best or the very worst,” Anderson said.

Releasing extreme content is conducive to backlash and increased dissonance among the public.

But Aram says that “good” journalists are aware of the implications and magnitude of the difficult situations they place themselves in and correspondingly should be praised for “actually taking that initiative to go and interview those people in those hard situations.”

Cologna is in agreement with Aram in that journalists deserve the utmost respect for “telling the stories that need to be told.”

Below is the transcript between staff writer Noelani Nichols and Sacramento Bee columnist Marcos Breton.

Q: As a well known journalist – what, to you, is a key component that distinguishes a “bad” journalist from a “good” one (or a good one to a great one)?
A: It’s my experience that good journalists are always curious. They have a passion for what they do. They consider their profession a calling. The great journalists are the ones who write complex stories in plain English. They translate the most complex thoughts and issues into narratives that anyone would understand or find compelling.
Q: What is your stance on the “fake news” movement? How does it contribute to the public’s perspective on journalism?
A: Fake news is a plague on my profession and a threat to our democracy. It should be exposed and repudiated.
Q: Why is it that journalists have the stereotype/reputation that they do?
A: From the beginning of our democracy, journalists have been maligned. We get criticized because it’s our job to hold people accountable. People don’t like getting held accountable, so there will always be tension between journalists and the people they cover. That’s the function of a free press. There are countries – Iran, Russia, etc – where the press is controlled by the government. Reporters can be killed for writing the truth. In those countries, basic freedoms are denied and corruption is rampant. Every time I hear people say they hate the media, I ask them if they want to move to Iran. A free press is one of the main differences between our country and one where people are not free.
Delete Image
Align Left
Align Center
Align Right
Align Left
Align Center
Delete Heading