Too tired to dance? 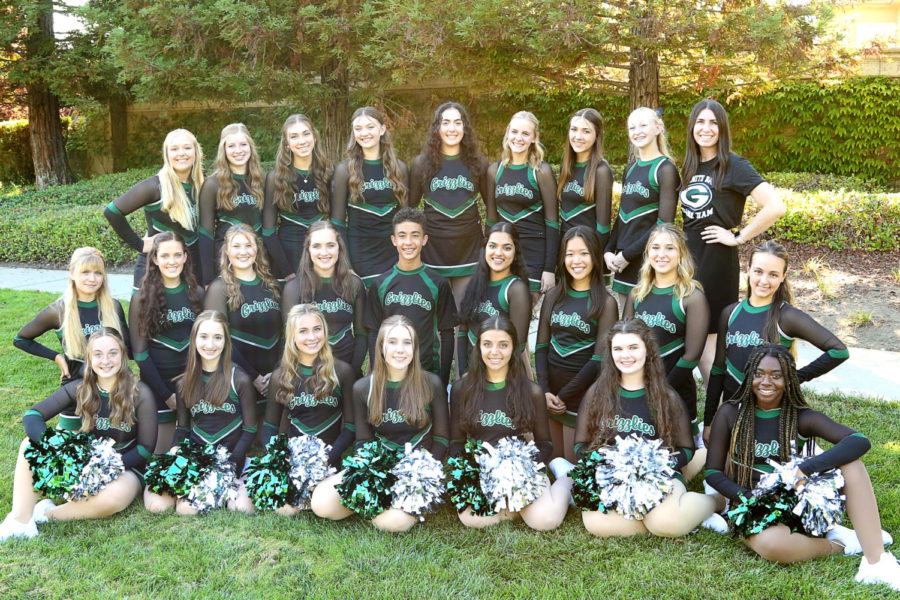 Many coaches at Granite Bay High school have started to conduct morning practices and the dance team has followed suit. Yet with all the extracurriculars students have, it makes getting enough sleep challenging.

About 57.4% of high school students are involved in high school sports according to a study from 1991-2019 by High School Youth Risk Behavior Survey Data.

Additionally a study by the NCAA found that a third of student–athletes get fewer than seven hours of sleep per night.

Studies have shown that Teens of the age of 13 to 18 should be getting around 8-10 hours of sleep per night.

The dance team practices on Wednesday mornings, 7:15a.m. to 8:15 a.m. when they are going to be performing at the football game later that week on Friday.

“I like morning practices, because it’s cold and it feels good, instead of being in a condensed hot room.” Lily Tanner said, a sophomore on the GBHS dance team.

Athletes need time to recover since they are working their bodies to an extreme but without that dowtime of sleep to repair the body, it could make it easier for that student athlete to hurt themselves or perform poorly.

“I have to get up earlier to practice and then it’s cutting into my time to sleep so I’m pretty tired all day.”  Kiera Mogensen said, a junior at Granite Bay and who is a dancer on the GBHS dance team.

Yet others find morning practice can be beneficial to students by preparing them for the day ahead.

“I think morning practices are beneficial if they’re in addition to afternoon practices, because first of all it can help athletes start their day off by moving around and getting their bodies active which then gets their minds active … and then it gives just extra practice time,” Molly Graves said, who is the head coach for the GBHS dance team.

Alka Nair, a junior and one of the Granite Bay dance team’s captains shared a similar sentiment.

“On game weeks I think it’s so fun to have morning practice because I think it just hypes everyone up. It’s a team bonding exercise and also it just gets us more prepared,” Nair said.

On the other hand, Kaia Mogensen, a freshman on the Granite Bay dance team, feels the practice may not be the most beneficial to the team.

“Nobody’s really paying attention…since we don’t get enough sleep and we don’t really get much done,” said Mogensen.

Graves, the dance team’s coach, says that there is more tardiness when it comes to morning practices because of the team’s adjustment to the new practice time.

Still others on the team feel the adjustment isn’t that challenging.

Diana Jones, a junior and dancer at GBHS has been on the dance team since freshman year.

“Waking up early is not so bad… because I’m already up and usually going to seminary when practice is, so it just works out,” said Jones.

As the team coach, Graves considers all these feelings and is flexible to the preference of her athletes.

“I am always open to expanding afternoon practices (if that’s more preferred by the athletes),” Graves said.