Apathy, a result of ignorance? 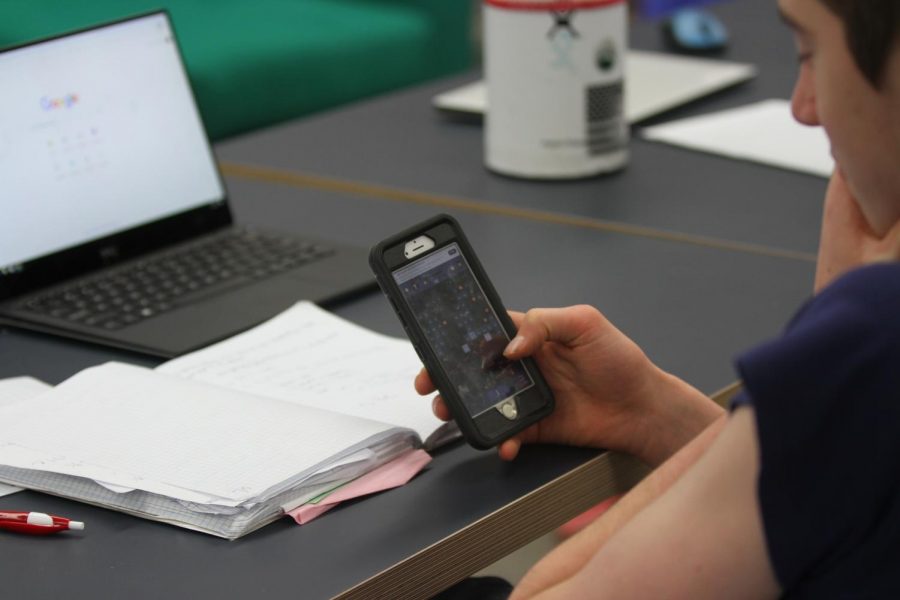 Apathy for a subject can lead to a susceptibility to distractions such as cell phones in class.

Apathy is a lack of feeling or indifference of emotion, interest or concern about something of great importance. While this condition may or not apply to you, it sure does affect a portion of the student population.

“I feel very apathetic towards math because I never see how we are ever going to use the math in the future, and I think it’s a totally useless class (…) I don’t see a purpose in it,” said freshman Mathew Berthelson.

Berthelson’s opinion reflects what some people think causes apathy in the first place, ignorance of the subject.

“I think apathy stems from a lack of understanding or knowledge. I think the more we learn about one another and the more we can learn about where we’re coming from and where we are, and who we surround ourselves with, the more we can slowly wash away apathy,” said drama teacher Kyle Holmes.

However, people who are more knowledgeable in psychology know that there are other causes.

“It can be a wide range of things, I would say. I think people get to a point of apathy when they are overwhelmed, overloaded, overstimulated in terms of too much emotion and you just shut down and stop caring,” said psychology teacher Natalie Elkin.

“Another big one I would say, is when goals and dreams aren’t achieved, or you realize that you’re not gonna achieve the goals that you set out, so you feel like, ‘Oh why bother?’ ” Elkin added.

“Apathy can spread, but if it’s accompanied by other symptoms, if it’s accompanied by feeling helpless or hopeless, feeling worthless, a loss of energy, withdrawing from your friends, then we’re looking at someone who may need some extra support, but I think everyone goes through periods of apathy, It depends on a case by case basis,” Elkin said.

Isolation is already one of the effects of apathy. Students may find themselves ostracized and shunned by their peers and superiors for not caring enough.

“I wouldn’t describe any of my friends as apathetic, if you know what I mean. I don’t want to be around people who say, ‘this sucks’ and give off the feeling that they don’t care. I don’t like being surrounded by that type of attitude,” said senior Spencer Cova.

Being in the company of someone who is apathetic may be contagious.